Introducing the Supersized Drone That You Can Actually Ride 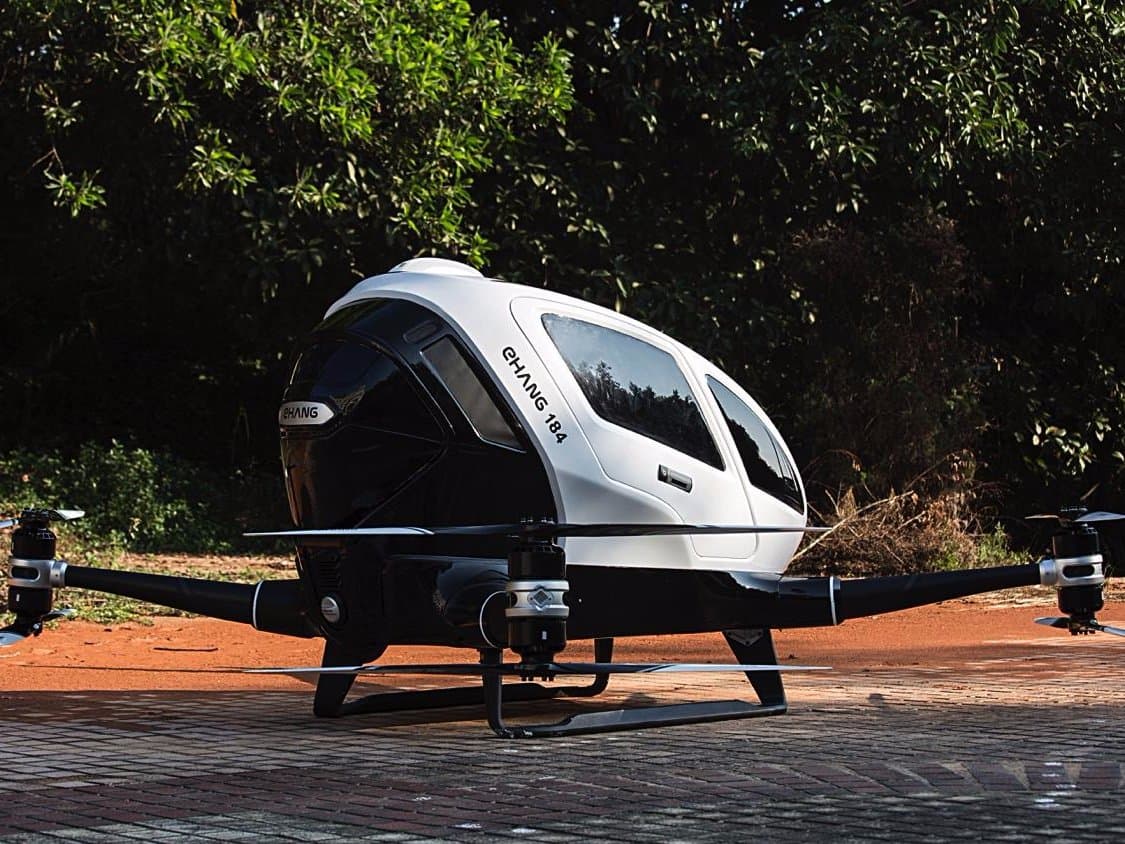 We've seen tiny drones the size of your palm. Now it's time to introduce a super-sized drone that is able to transport a human being. Ehang has announced the first autonomous aerial vehicle, the "184" Personal Flying Vehicle (PFV), a quadcopter the size of a smart car. The 184 can deliver one human (up to 260 pounds) anywhere...within a 23 minute flight.

The space might look tight, but the 184 comes with some luxuries. Air conditioning will keep you cool as you surf the internet on the available 4G data connection. Prefer to read? There's a dual color reading light perfect for any condition.

So what makes it different than a tiny, personal helicopter?

Well, it functions like a drone, which means the rider has minimal controls. In fact, the drone's autonomous flight controls do just about everything. The only options the rider has are take off, pause flight, and land.

“Passengers don’t need to learn how to fly it, they don’t need get to a pilot’s license,” says EHang cofounder Derrick Xiong. The 184 also has to be classified differently than a regular aircraft. Ehang believes that aviation authorities will struggle to classify exactly what it is, though.

No one wants a 200 kg drone falling on them from the sky. For this reason, Ehang has ensured that there are full fail-safe systems in place.

The 184 won't use computer vision to sense objects and avoid them. Instead, the 184 will automatically land if it senses that any component on the machine is damaged. In addition, Ehang will have a command center that functions sort of like an air traffic controller at an airport. The staff will make sure 184s don't take off in bad weather, or other extreme conditions. The first command center will be set up in China, where it will employ around 300 people, but the US isn’t far behind.

When Can I Buy One?

If you want to brave the skies in your own personal drone, get out your wallet.

That said, a working prototype of the 184 is currently on display at the Las Vegas, Nevada Consumer Electronics Show (CES).

Read This Next
From Our Partners
Save Over 70% On This Drone for Cyber Week
From Our Partners
Capture Great Shots In 4K With This Dual HD Drone
From Our Partners
Take Flight With This Dual Camera Drone That's Under $80
From Our Partners
Launch Into The Skies With 75% Off This Easy-To-Use 4K Drone
From Our Partners
Save 15% Off The Drones Of Your Dreams In This Exclusive Sale
More on Sci-Fi Visions
What is Happening
Feb 1 on the byte
Elon Musk Sets His Twitter Account to Private
From the Dept. of...
Jan 30 on futurism
The Best Humidifiers of 2023
Human v. Giraffe
Jan 24 on the byte
Chaotic Italian Fashion Line Baffles Facial Recognition Software
READ MORE STORIES ABOUT / Sci-Fi Visions
Keep up.
Subscribe to our daily newsletter to keep in touch with the subjects shaping our future.
+Social+Newsletter
TopicsAbout UsContact Us
Copyright ©, Camden Media Inc All Rights Reserved. See our User Agreement, Privacy Policy and Data Use Policy. The material on this site may not be reproduced, distributed, transmitted, cached or otherwise used, except with prior written permission of Futurism. Articles may contain affiliate links which enable us to share in the revenue of any purchases made.
Fonts by Typekit and Monotype.