DARPA: We Need a New Microchip Technology to Sustain Advances in AI

The future of AI is in specialized microchips. 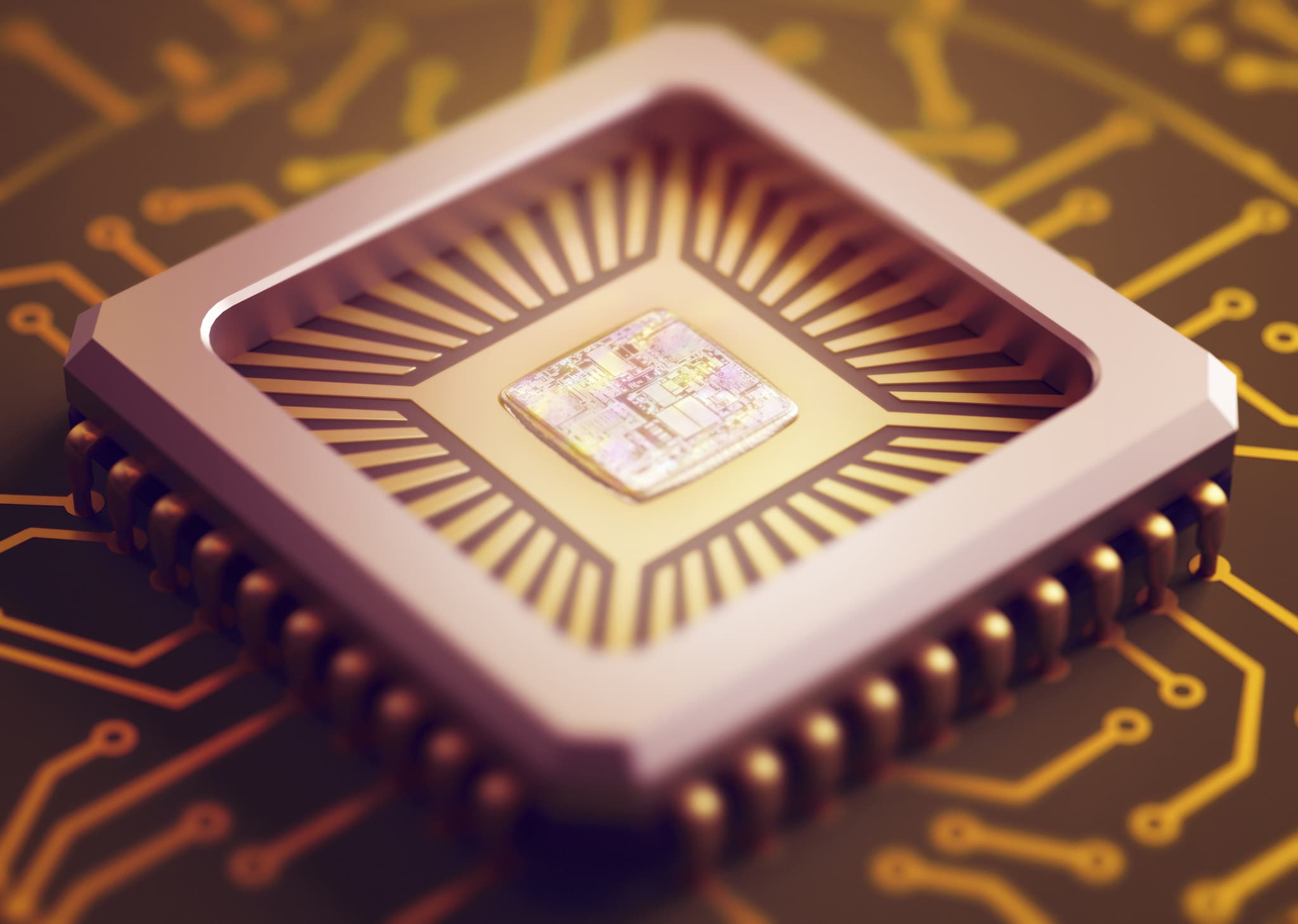 For 50 years, a foundational principle behind the development of microprocessors in computer chips has been Moore's Law. This law is an observation made by Intel co-founder Gordon Moore back in the 1960s, which assumes that the number of transistors in an integrated circuit doubles roughly every 18 months — initially, 24 months — effectively increasing microchip complexity. The problem is, Moore's Law is nearing its end, as transistors can no longer be effectively miniaturized to increase chip performance.

This predicament, coupled with the need for higher levels of processing power, presents a hurdle that must be overcome in the continued development of artificial intelligence (AI). The Defense Advanced Research Projects Agency (DARPA), the research arm of the U.S. Defense Department, thinks that developing specialized circuits — or application-specific integrated circuit chips (ASICs) — is one of the ways to overcome these limitations. On Wednesday last week, DARPA announced a couple of efforts working on this concept, as part of their Electronics Resurgence Initiative.

One project is the Software Defined Hardware, which is developing “a hardware/software system that allows data-intensive algorithms to run at near ASIC efficiency without the cost, development time or single application limitations associated with ASIC development.” The second project is called Domain-Specific System on a Chip. Simply put, this takes a combined approach of using general purpose chips, hardware coprocessors, and ASICs, "into easily programmed [systems on a chip] for applications within specific technology domains.”

Experts generally agree that Moore's Law will no longer be viable by the 2020s. Meanwhile, what AI is being trained to do requires a great deal more processing power — close to what the human brain is capable of. Increasing processing power, something quantum computing and IBM's neurosynaptic chips promise, will be crucial to continuing the development of AI.

“If you’re willing to work on specialized classes of problems, you can actually get a lot more out of specialized architectures,” DARPA director Arati Prabhakar told Defense One back in 2014. “Special architectures will give us many more steps forward."

Much has been said about AI's potential for both good and bad. Tesla and OpenAI CEO Elon Musk has long-been one of the greatest advocates of regulating AI development, and he's even warned about how the race for AI superiority could lead to a third world war. Yet all of the astonishing things AI seems capable of right now, and what it could still be made to do in the future, will not be possible if the microchip problem isn't solved.

For DARPA, it's a problem that needs a more immediate solution. Artificially intelligent systems are being trained to think like human beings do, or even better. Yet, the human brain's ability to process information and data remains unparalleled, even by today's best artificial neural networks — which depend on the computing power of microchips. Or perhaps Musk is also right in thinking that one other solution is to combine the human mind with machines.

Read This Next
Locker Room
Leaked Messages Show How CNET's Parent Company Really Sees AI-Generated Content
I Have a Dream of Mass Layoffs
ChatGPT Shamelessly Writes Letter Announcing Layoffs While Promoting Execs and Quoting MLK
Bot My Fault
News Site Admits AI Journalist Plagiarized and Made Stuff Up, Announces Plans to Continue Publishing Its Work Anyway
Botulism Toxin
CNET's AI Journalist Appears to Have Committed Extensive Plagiarism
Pause Patrol
CNET and Bankrate Say They're Pausing AI-Generated Articles Until Negative Headlines Stop
More on Artificial Intelligence
Chinese Chatbots
4:41 PM on futurism
Chinese Company Gearing Up to Release Powerful ChatGPT Competitor
AI Buster
2:34 PM on futurism
We Tested OpenAI's New AI-Detector and Uhhhhh
Faking Face
Yesterday on futurism
Twitter Is "Verifying" Accounts With AI-Generated Faces
READ MORE STORIES ABOUT / Artificial Intelligence
Keep up.
Subscribe to our daily newsletter to keep in touch with the subjects shaping our future.
+Social+Newsletter
TopicsAbout UsContact Us
Copyright ©, Camden Media Inc All Rights Reserved. See our User Agreement, Privacy Policy and Data Use Policy. The material on this site may not be reproduced, distributed, transmitted, cached or otherwise used, except with prior written permission of Futurism. Articles may contain affiliate links which enable us to share in the revenue of any purchases made.
Fonts by Typekit and Monotype.