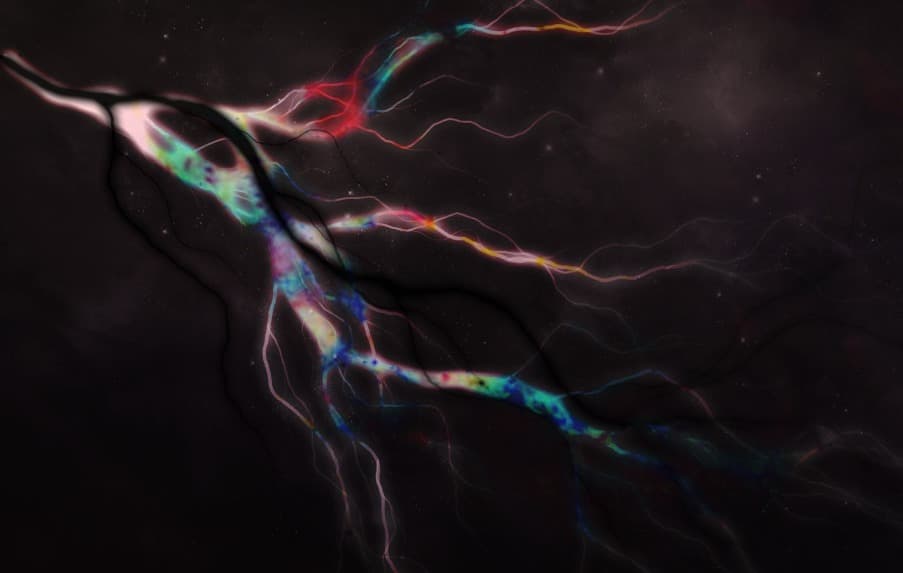 We all know the terrifying signs of a thunderstorm—the blinding lightning, thunderous rumbling, and the torrent of rain that soon follows. But is that all there is to it?

Scientists have just begun to understand a strange phenomenon known simply as "dark lightning". Different from regular lightning, dark lightning is a release of high-energy gamma radiation—sources include supernovae and supermassive black holes—that is completely invisible to the human eye. Attempts to understand this mystery haven't turned out so well, because, like normal lightning, the bolts are fleeting.. only lasting a few thousandths of a second.

On Earth, it's believed that they occur naturally, and can be produced within the upper atmosphere, due to the presence of electric fields during thunderstorms. Otherwise known as terrestrial gamma-ray flashes (TGF), scientists estimate that as many as 1,100 of them touch down on Earth each day, maybe more.

"We know in detail how black holes work at the centers of distant galaxies, but we don't really understand what is going on inside thunderclouds just a few miles over our heads," said researcher Joseph Dwyer, a physicist at the Florida Institute of Technology.

However, recent developments—including a TGF Fermi spotted in 2014, when Hurricane Julio was a growing concern—have shed some light on these strange events. Contrary to ordinary lightning (which is explained using slow electrons), dark lightning is caused by high energy electrons colliding with surrounding air molecules, resulting in the release of gamma rays.

In the year prior to Julio, researchers learned that dark lightning may also be intrinsically linked to regular, run-of-the-mill lightning bolts, however, this relationship hasn't been fully fleshed out as of yet

Now here's the interesting effect these bursts have on humans. Most commonly, humans are "hit" by dark lightning when flying through thunderstorms. At 39,370 feet (12,000 meters), the radiation dose is equivalent to that of 10 chest X-rays. However, at 16,076 feet (4,900 meters)—the middle of storms—the dose is 10x stronger and equivalent to a full-body CT scan. In general, an encounter with one of these bursts will provide enough radiation deemed "safe" for human tolerance for one year. Of course, the chances of getting "hit" by dark lightning is very small (pilots actively avoid storms, and when compared to normal lightning bolts, which strike Earth 1,000 times each second, dark lightning is relatively rare)—so don't let this stop you from flying!