This sci-fi thriller is a startling prophesy of biohacks-to-come. 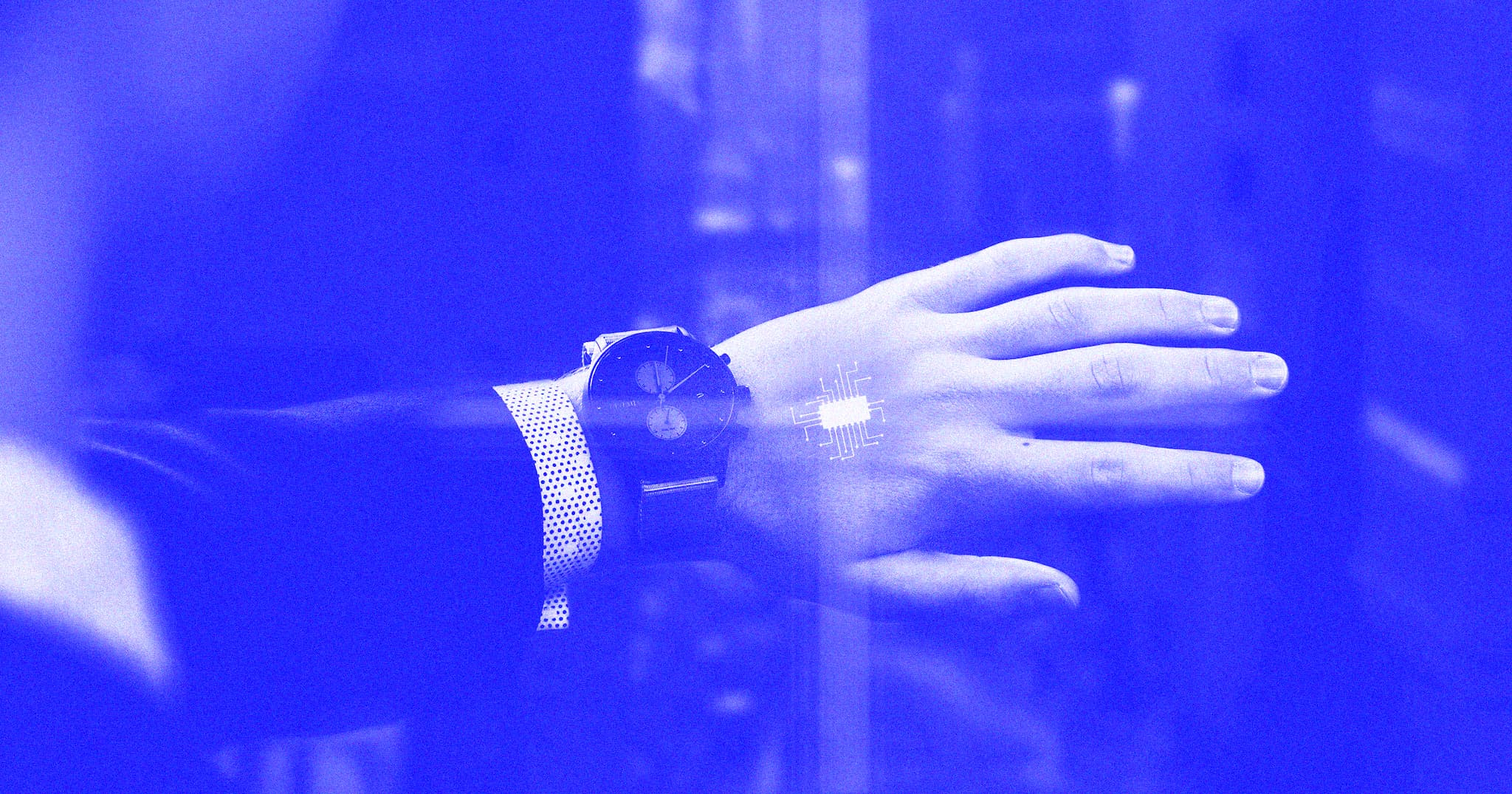 Why carry keys when you could enter a building with a rice-sized chip implanted under your skin? That convenience drove Epicenter, a Swedish incubator, to allow its employees to have this type of RFID, radio frequency identification, chip implanted for building entry in 2015. Two years later, Swedes could even use these tiny computers to board trains. Now a company in England, BioTeq, is shipping the same type of devices all over the world.

These implants, part of a process called biohacking, follow the theme our technological revolution has already set. Our gear gets increasingly smaller, exceedingly digital—and more invasive. As these tech solutions (or problems, depending on how you see them) literally work their way under our skin, the scenario in Nano, Mike Manning’s short-form sci-fi thriller, becomes eerily realistic. As Manning says, “The best sci-fi is a reflection of the present. It’s about the problems and insecurities that currently plague us, only magnified by the genre’s lens of "what-if.”

This 16-minute cyberpunk noir starring Brooke Butler and Sebastian Vallentin is a proof-of-concept for a much longer series, and it teases apart a cultural debate unfolding on a public and personal level. When and where can technology interfere with our choices—and when do we know its gone too far? We may not be having these discussions now, but Nano makes them feel uncomfortably close.

In this future Los Angeles, the government is requiring citizens to undergo a previously-elective human enhancement surgery. Everyone must update to “The Nano 2.0,” a body modification application that syncs with nanotechnology in their bloodstreams to seamlessly change their physical states. The Nano has one unexpected potential feature, however — remote paralysis.

Reportedly, the government uses this element to eliminate the potential for criminal activity. They paralyze suspects on command, reducing the risk of conflict. Instant freezing makes guns useless, and Los Angeles sees a dramatic drop in gun related violence. But not all citizens think Big Brother should step in, so completely and from so far away. And so they start to fight back.

“Nano presents the classic debate of privacy and autonomy versus safety and security and drops the viewer squarely in the middle of an argument where both sides are not wrong,” says Manning. The conflict the film confronts has critics calling Nano one of the best Sci-Fi short films of 2017. And who knows, given some time, Nano might be looked back on as a startling prophesy of biohacks-to-come.

Futurism is proud to partner with its creators to bring Nano to all of our media outlets, including Roku, Xumo, YouTube, and Facebook.

Read This Next
Brands We Love
Build an Adorable Robot Army With Geeek Club's DIY Nanobots
Futurism
China Is Rolling Out A Mandatory Program That Puts Tracking Chips In Every Car
Futurism
Dubai's High-Tech, iPad-Shaped Apartment Could be a Troubleshooting Nightmare
Futurism
10 Years Ago, NBC Predicted What Life Would be Like in 2017
More on Sci-Fi Visions
FROM THE DEPT. OF...
12:47 PM on futurism
Tech Accessories That Are Worth the Upgrade
Smart Vision
11:56 AM on the byte
Startup Shows Off Working AR Contact Lens You Can Actually Wear
Shiny!
Yesterday on the byte
Beautiful Render Shows Starship With Full NASA Paint Job
READ MORE STORIES ABOUT / Sci-Fi Visions
Keep up.
Subscribe to our daily newsletter to keep in touch with the subjects shaping our future.
+Social+Newsletter
TopicsAbout UsContact Us
Copyright ©, Camden Media Inc All Rights Reserved. See our User Agreement, Privacy Policy and Data Use Policy. The material on this site may not be reproduced, distributed, transmitted, cached or otherwise used, except with prior written permission of Futurism. Fonts by Typekit and Monotype.