The research attempts to prove that the arrow of time isn't absolute. 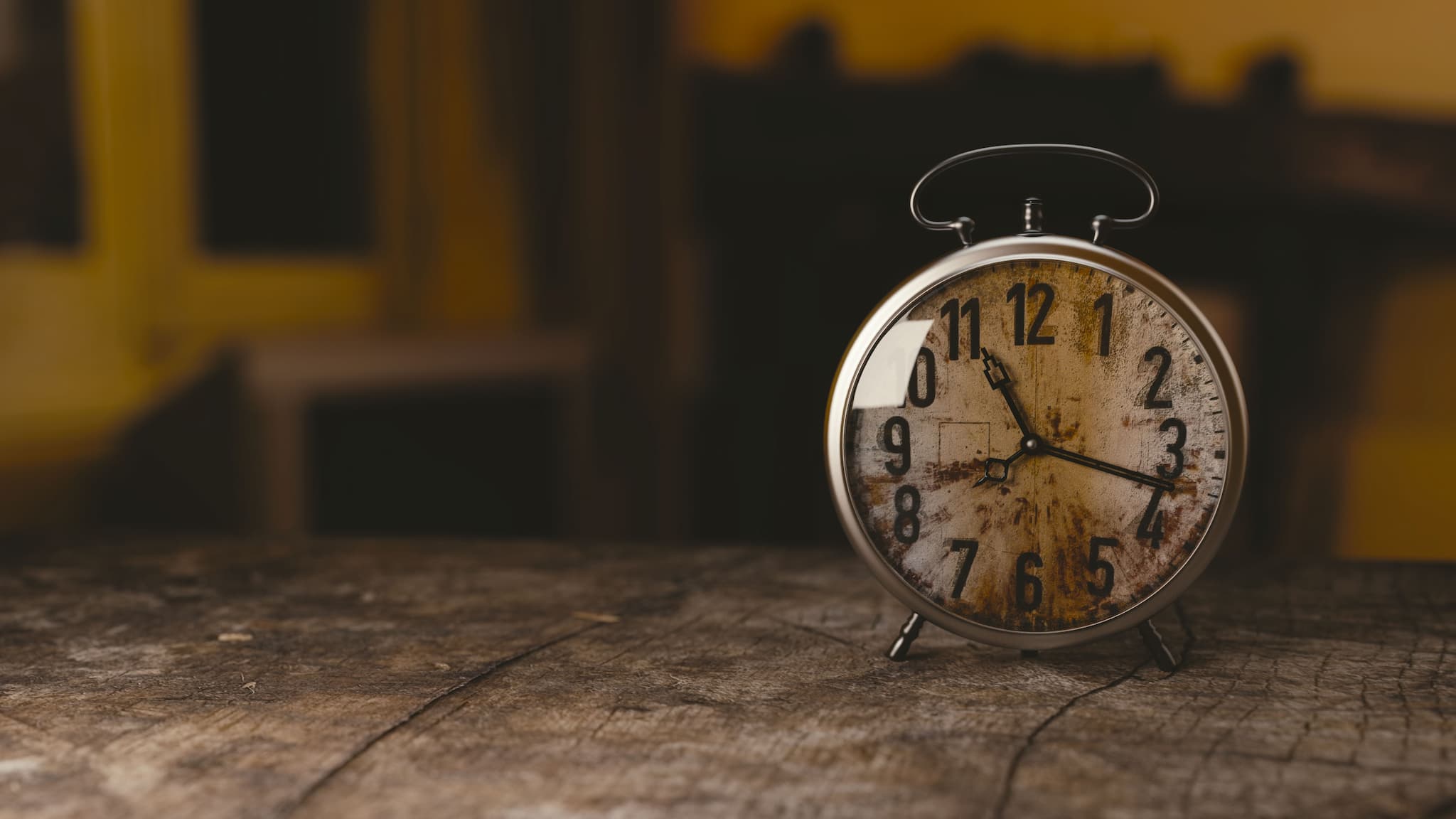 Image by Monoar Rahman via Pexels

While we all take for granted the fact that time's arrow forever points towards the future, physicists have always had trouble showing why this is necessarily the case.

A mix of chloroform and acetone might seem like an odd place to hunt for clues, but researchers have used just such a combination to create conditions where for some purposes time actually appears to move backwards.

This research won't take us on a journey to see dinosaurs, but it just might tell us why our Universe is stuck on a one way street.

The recent experiment conducted by an international team of physicists focused on a principal feature we often use to define time — the movement of energy.

Intuitively, time is pretty simple. We can remember the past and not the future, for example.

But when breaking things down into simple rules, we discover there's no clear reason why a cause has to come before its effect. On the smallest levels, we can flip the formula describing the movements and interactions of particles and still get a useful picture.

So why doesn't time wobble back and forth?

A clue lies in something called entropy. In a system cut off from gaining energy — such as our Universe — things tend to go from ordered to disordered, giving large scale systems a bias in how energy is distributed.

In terms of the laws of thermodynamics, that means you can't put a hot object in a cold room and expect the room to get colder and the object to get hotter. Hot things tend to cool down.

Even if this doesn't tell us exactly why time exists, thermodynamics gives us a sloping direction to investigate.

Various experiments have shown that, even on a quantum level, particles will generally behave in a way that's dependent on initial starting conditions. In other words, they're moving forward.

Are there limits to this generalization? Apparently so, at least according to the results of this experiment.

The team looked at chloroform, a molecule made up of a carbon atom connected to one hydrogen and three chlorine atoms.

The researchers used a strong magnetic field to line up the nuclei of the carbon and hydrogen atoms when the molecules were suspended in acetone, and manipulated a property of their particles called spin.

This allowed them to 'listen in' on their behavior as they slowly heated the nuclei using nuclear magnetic resonance.

Playing by the rulebook of time, as one nucleus warms up it should transfer its random movements to colder particles until they're both the same temperature, a change that would be recognisable in their respective energy states.

In normal conditions, that's exactly what happened. But the researchers found a rather intriguing exception when the particles were correlated.

This means certain probabilities became locked together over a distance thanks to previous interactions, a little like a softer version of quantum entanglement.

The particle correlation made a significant difference to how energy was shared between the bodies — the heated hydrogen particles got even hotter, while their colder entangled carbon partner got colder.

In other words, the study revealed the thermodynamic equivalent of reversing time in a very tiny pocket of the Universe.

"We observe a spontaneous heat flow from the cold to the hot system," the team writes in the study.

The research was published on the pre-review website arXiv.org, which means we do need to be cautious in how we interpret the results.

And, to be clear, the work is limited to a very small scale — it won't give us a flux capacitor we can use to swing back to the '60s. But it does show the arrow of time isn't absolute.

The demonstration also provides promising details on where quantum mechanics and thermodynamics overlap, which is itself an exciting brave new world physicists are still teasing apart.

On a practical level it shows how heat can be channeled in strange ways using the rules of quantum physics, which could have some interesting technical applications.

Exactly how these observations scale up from tiny to macroscopic systems the size of a Universe is something for future experiments to investigate.

In any case, it could help fill in some of the gaps in understanding why the dimension of time leans so heavily in one direction.

You can read the study on the pre-print server arXiv.org.

Read This Next
Just Keep Spinning
The Earth Is Spinning so Fast, We Might Have to Turn Back the Clock
All Batteries Fire
New Railgun-Like Device Stabilizes Fusion Reactions
Leaky Core
Scientists Found a New Way to Make Fusion Reactors More Efficient
Sun in a Bottle
Expert: "I'm 100 Percent Confident" Fusion Power Will Be Practical
Futurism
Rippling Graphene Sheets May Be the Key to Clean, Unlimited Energy
More on Earth & Energy
Brave <3
Yesterday on the byte
Bill Pledges to Keep Flying Private Jet While Speaking Out Against Climate Change
Sowloon Walled City
Yesterday on the byte
China Growing Pigs in Huge High Rise Buildings
Crust Punk
Yesterday on the byte
Scientists Discover Molten Hell Zone Beneath Earth's Tectonic Plates
READ MORE STORIES ABOUT / Earth & Energy
Keep up.
Subscribe to our daily newsletter to keep in touch with the subjects shaping our future.
+Social+Newsletter
TopicsAbout UsContact Us
Copyright ©, Camden Media Inc All Rights Reserved. See our User Agreement, Privacy Policy and Data Use Policy. The material on this site may not be reproduced, distributed, transmitted, cached or otherwise used, except with prior written permission of Futurism. Articles may contain affiliate links which enable us to share in the revenue of any purchases made.
Fonts by Typekit and Monotype.