Unfortunate Comet Flies Too Close to the Sun, Disintegrates and Becomes a Ghost 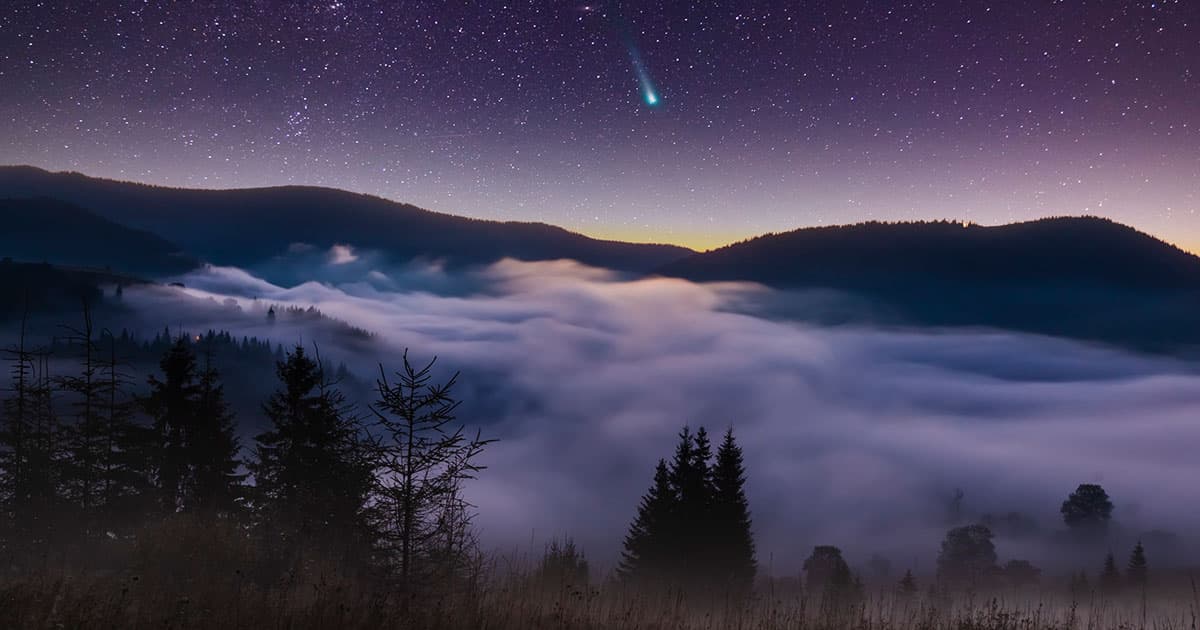 A much beloved comet flew a little too close to the Sun and appears to have disintegrated during its closest approach — an apt metaphor, and appropriate end, for the space snowball.

The comet, dubbed Leonard, was first discovered on January 3 of last year by a senior research specialist at the University of Arizona's Lunar and Planetary Laboratory named Gregory Leonard. At the time, it was as far away as Jupiter, EarthSky reports, and wasn't particularly noteworthy until later that year, when amateur astronomers started suggesting in November that it might be starting to disintegrate.

But Leonard didn't appear to disintegrate until making its closest approach to the Sun in January of this year. Astronomers watched as Leonard kept fading, in a decisive end to an exciting year-long comet chase. In February, it was a mere ghost of what it once was, as seen in images taken by the Slooh robotic telescope in Chile.

In fact, according to Leonard, a "ghost" has now become an apt metaphor for the dust and gas that likely remains in its place.

"As for the comet’s possible demise, I don’t mind the fact that it may have disintegrated," he told EarthSky. "With its post-perihelion hyperbolic orbit, I once imagined the comet sometime in the deep future haunting another solar system. Now with its nucleus possibly disintegrated, it may more strangely appear as a ghostly, hyperbolic wisp of dust and gas, if that."

The paths of comets like Leonard are still very hard to predict. Volatile surface material gets expelled as their cores are warmed by the Sun, causing them to move erratically.

Comet Leonard was particularly odd, featuring an unusually triangular shaped head, while also seemingly veering way off its predicted course, according to EarthSky.

During its travels, the mile-across ice chunk came tantalizingly close to us, well inside the Earth's orbit, allowing some experts to see it unaided glinting in the night sky, showing off its impressive tail.

Speaking of its tail, NASA and the European Space Agency’s Solar Orbiter managed to fly right through it — twice.

"It was an utterly surreal experience having a much-anticipated comet sailing dimly overhead for most of 2021," Leonard told EarthSky, "and I was thrilled when it began brightening and tracking across the autumn and winter skies, and of course bearing my family’s name as it was."

In the end, the encounter could teach us about the very early days of our solar system.

"Comets are literally older than dirt and speak to important questions of deep time and our very origins," Leonard told EarthSky.

"And of course, comets are full of surprises, reminding us that we humans are not in control," he added.

More on the comet: NASA Spacecraft Flies Through Tail of Comet