China Is Sending Plants and Insects to the Moon in 2018

"Together, they can establish a simple ecosystem on the moon." 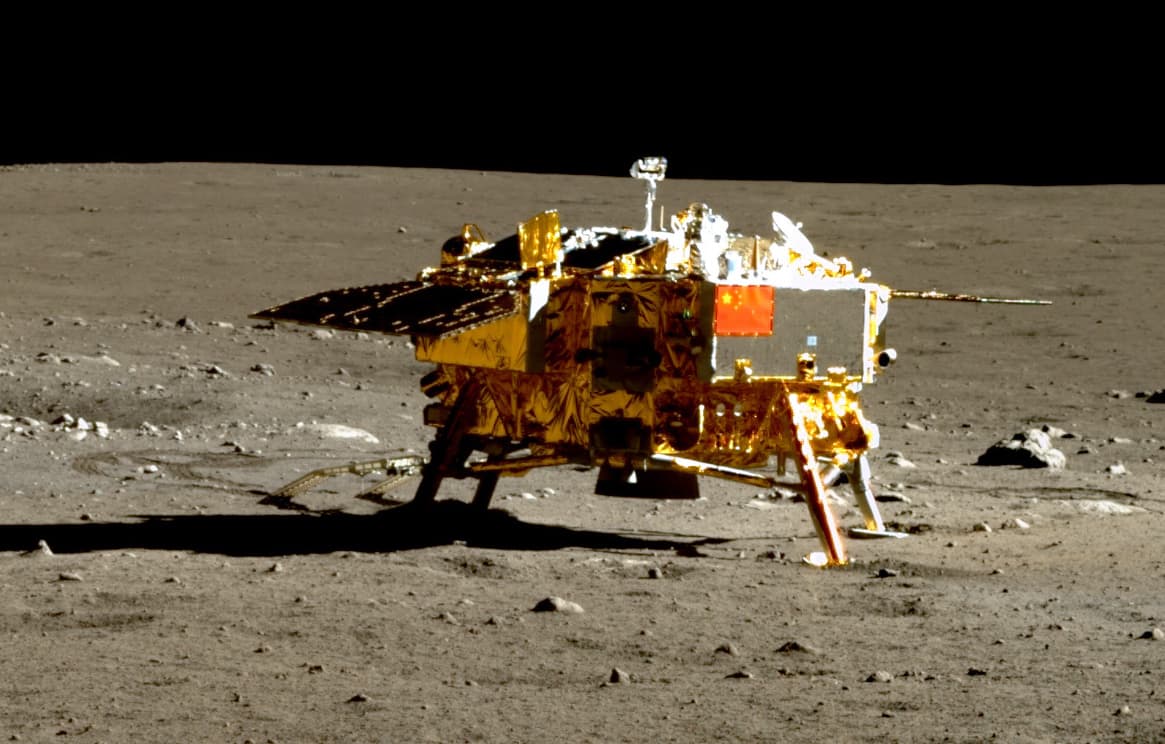 Going to the Moon

For many, humanity's first steps on the Moon are a triumphant relic of modern history, the unparalleled glory of which will be replaced once we reach our next destination: Mars. However, in recent years, other have expressed an interest in returning to scene of humankind's giant leap for further exploration.

This year, the Chinese Lunar Exploration Program (CLEP), otherwise known as the Chang'e Program, plans to launch the Chang'e 4 Mission. The program has previously sent two orbiters and one lander to the Moon, and now, they plan to study its geology while exploring the effects of lunar gravity on both insects and plants from Earth.

The Chang'e 4 Mission will start in June with the launch of a Long March 5 rocket with a relay orbiter aboard. Six months after reaching orbit at the Earth-Moon L2 Lagrange Point, the lander and rover will launch. The lander will carry an aluminum alloy container filled with seeds and live insects to facilitate their study under these unique conditions.

As Zhang Yuanxun, the chief designer of the container, told the Chongqing Morning Post (according to China Daily), the Chang'e 4 Mission's container will house potatoes, arabidopsis seeds, and silkworm eggs. After the eggs hatch into silkworms, the worms will produce carbon dioxide. Meanwhile, the potatoes and arabidopsis seeds will emit oxygen through photosynthesis.

"Together, they can establish a simple ecosystem on the Moon," said Yuanxum.

So, why bring seeds and insects to the Moon? Mainly because it will help us determine the potential for humans to live and work there.

We don't yet know if terrestrial organisms can grow and thrive in lunar gravity, which is roughly 16 percent of Earth's (or 0.1654 g). The destination for the mission is the South Pole-Aitken Basin, which many have suggested could be an ideal location for a lunar base. By improving our understanding of how seeds might sprout and grow or how insects might survive and potentially thrive under such difficult and abnormal conditions, we might better prepare for life on the Moon.

Additionally, microgravity has been shown to have serious negative effects on human health. Any human lunar explorers would be outfitted with protective gear to prevent the negative effects caused by the Moon's lower gravity, but still, those stationed at a lunar base for an extended period of time could face unforeseen problems. The more we know about how organisms react to these conditions, the better we can prepare.

While some have their sights firmly set on Mars, the Moon remains a viable destination for future space research. Its unique conditions and relatively close proximity make the Moon an ideal testing ground for exploring the natural, physical world beyond Earth's atmosphere, and eventually, we could use what we learn from it to expand our reach in the cosmos.

Read This Next
Monkey Business
China Plans to Send Monkeys to Space Station to Have Sex With Each Other
Next Time
NASA Cancels First Launch Attempt of Uber Expensive Moon Rocket
Back to the Moon
NASA: SpaceX Only Has to Prove It Can Land Astronauts on Moon, Not Bring Them Home Again
Moon Vacation
NASA Finds Holes on the Moon Where It's Always a Comfortable Temperature
Expect Delays
Scathing Report Admits NASA Is Years Behind Moon Landing Schedule
More on Off World
Appetite for Dest...
Yesterday on the byte
Black Hole In "Hyper-Feeding Frenzy" Chews Through Stars and Shoots Its Leftovers Towards Earth
Lunar RGB
Wednesday on the byte
NASA Shows Off Artemis "Party Mode," Powered by Amazon (TM) Alexa (TM)
Putting Things In...
Tuesday on futurism
Amazing Artemis Photo Shows Every Human, Alive or Dead, Plus the Moon
READ MORE STORIES ABOUT / Off World
Keep up.
Subscribe to our daily newsletter to keep in touch with the subjects shaping our future.
+Social+Newsletter
TopicsAbout UsContact Us
Copyright ©, Camden Media Inc All Rights Reserved. See our User Agreement, Privacy Policy and Data Use Policy. The material on this site may not be reproduced, distributed, transmitted, cached or otherwise used, except with prior written permission of Futurism. Articles may contain affiliate links which enable us to share in the revenue of any purchases made.
Fonts by Typekit and Monotype.