The Science Is Clear. It's Time to Take Control of Your Cellular Aging.

You can't stop aging, but thanks to Elysium Health you can age better. 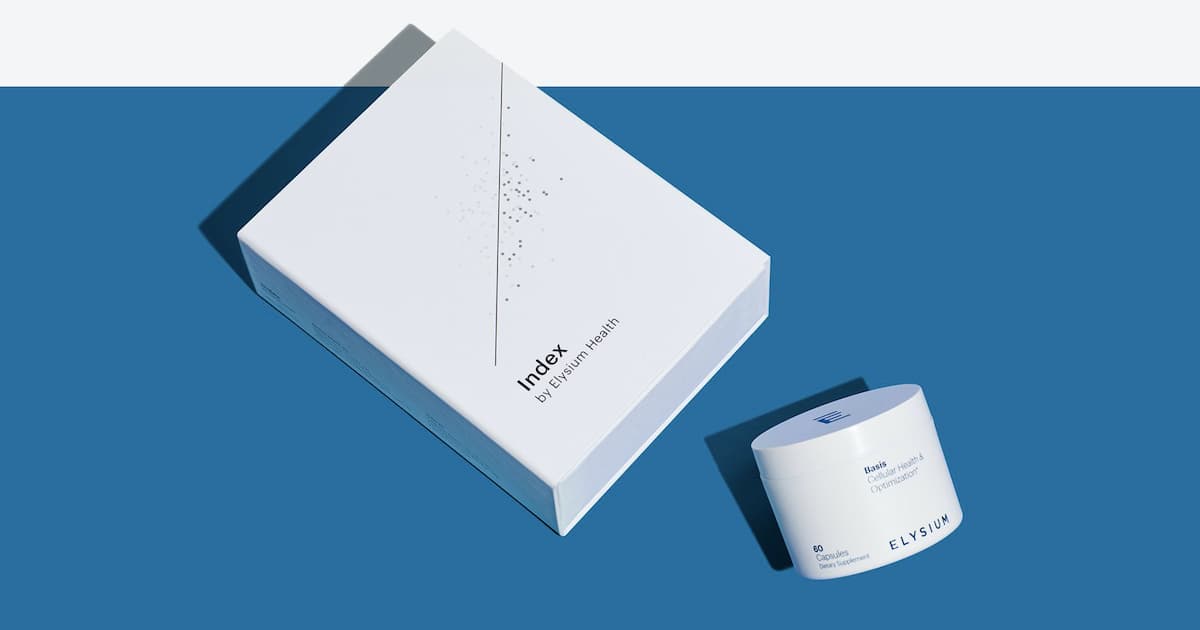 Like it or not, there’s nothing we can do to stop the aging process. However, armed with the right knowledge and the right tools, we can age better. In recent years, scientists have made some pretty major discoveries about how we age at the cellular level. Now a team of scientists and Nobel Prize winners at Elysium Health have created two incredibly advanced products specifically designed to support healthy cellular aging.

The company was founded by Dr. Leo Guarente, director of the Glenn Center for Biology of Aging Research at MIT. Aided by a scientific advisory board that includes eight Nobel Laureates, Dr. Guarente's goal for Elysium Health is to turn the latest scientific advancements in the field of cellular aging into products that can actually improve people’s lives today.

So far, these products have been based on two major discoveries about how we age at the cellular level.

The first of these discoveries concerns the role played by a molecule called nicotinamide adenine dinucleotide, or NAD+. This molecule performs two basic jobs in the human body without which life would not be possible. NAD+ plays a key role in metabolism by helping to turn nutrients into cellular energy. Second, it functions as a helper molecule for special proteins called sirtuins. Sometimes called the “guardians of the genome,” sirtuins play a vital role in general health. But they can only do their job with the help of NAD+.

Scientists have discovered that natural levels of NAD+ decline as we get older, which is the primary cause of cellular aging. However, the good news is that scientists have also discovered that NAD+ levels can be increased through supplementation of nicotinamide riboside (a highly efficient precursor to NAD+) and pterostilbene (a powerful polyphenol created by plants).

To address the problem of declining NAD+ levels, Elysium’s world-class scientists developed Basis, a patent-pending formulation of crystalline nicotinamide riboside, which the human body converts into NAD+, and pterostilbene.

Each bottle of Basis has 60 capsules. Elysium Health recommends two capsules every morning, with or without food. So each bottle contains a one-month supply.

The second major discovery about how we age at the cellular level concerns the field of epigenetics, which is the study of changes in organisms caused by the modification of gene expression. As we age, chemical compounds get attached to our genes and affect how they get expressed. When epigenetic compounds attach to DNA, they are said to have "marked" the genome. These marks do not change the sequence of the DNA, but they do change the way cells read the DNA's instructions.

One of the most common epigenetic marks is called DNA methylation. In 2018 Dr. Morgan Levine, a professor at Yale School of Medicine and Elysium’s Bioinformatics Advisor, developed a revolutionary epigenetic biomarker analysis that calculates biological age by looking at specific sites along the genome to see what proportion of cells are marked by DNA methylation.

To help people better understand how fast they are aging, scientists at Elysium Health developed the Index Biological Age Test, which analyzes over 100,000 sites of DNA methylation to calculate your biological age.

When you order the Index biological age test, Elysium sends you an easy-to-use saliva collection kit. Once you send your sample back, Elysium extracts your DNA, loads it onto a specially designed DNA sequencing chip, and analyzes it using next-generation technology called Algorithmic Platform for Epigenetic Examination, or APEX. This sophisticated system scans your epigenome for DNA methylation biomarkers, which it then uses to calculate your biological age.

As you would expect, Elysium Health designed its Basis NAD+ supplement and Index Biological Age Test to work together in harmony. And right now, when you subscribe to a one year supply of Basis, you can get 40-percent off the Index biological age test.

So if you want to be proactive and take control of your cellular health, click here to read more about what Elysium’s products can do for you.

Read This Next
Long Live
Giving Baby Mice This Drug Makes Them Live 10 Percent Longer
Brands We Love
This Revolutionary Supplement Was Designed to Reduce the Side Effects of Adderall
Brands We Love
If You Care About Your Immune System, Support It With Cutting Edge Science
Brands We Love
This Science-Backed Research Could Help You Understand How We Age
Brands We Love
We All Want More Sleep. But What Our Bodies Really Need Is Better Sleep.
More on Hard Science
Tractor Beam
Jan 26 on the byte
Scientists Build Working Tractor Beam, Although It's Comically Tiny
Having a Blast
Jan 18 on the byte
New Study Shows Where You Should Hide to Survive a Nuclear Attack
Offworld Amino
Jan 15 on the byte
Scientists Find Building Blocks of Life in Meteor That Smashed Into Family's Driveway
READ MORE STORIES ABOUT / Hard Science
Keep up.
Subscribe to our daily newsletter to keep in touch with the subjects shaping our future.
+Social+Newsletter
TopicsAbout UsContact Us
Copyright ©, Camden Media Inc All Rights Reserved. See our User Agreement, Privacy Policy and Data Use Policy. The material on this site may not be reproduced, distributed, transmitted, cached or otherwise used, except with prior written permission of Futurism. Articles may contain affiliate links which enable us to share in the revenue of any purchases made.
Fonts by Typekit and Monotype.