Capture Great Shots In 4K With This Dual HD Drone 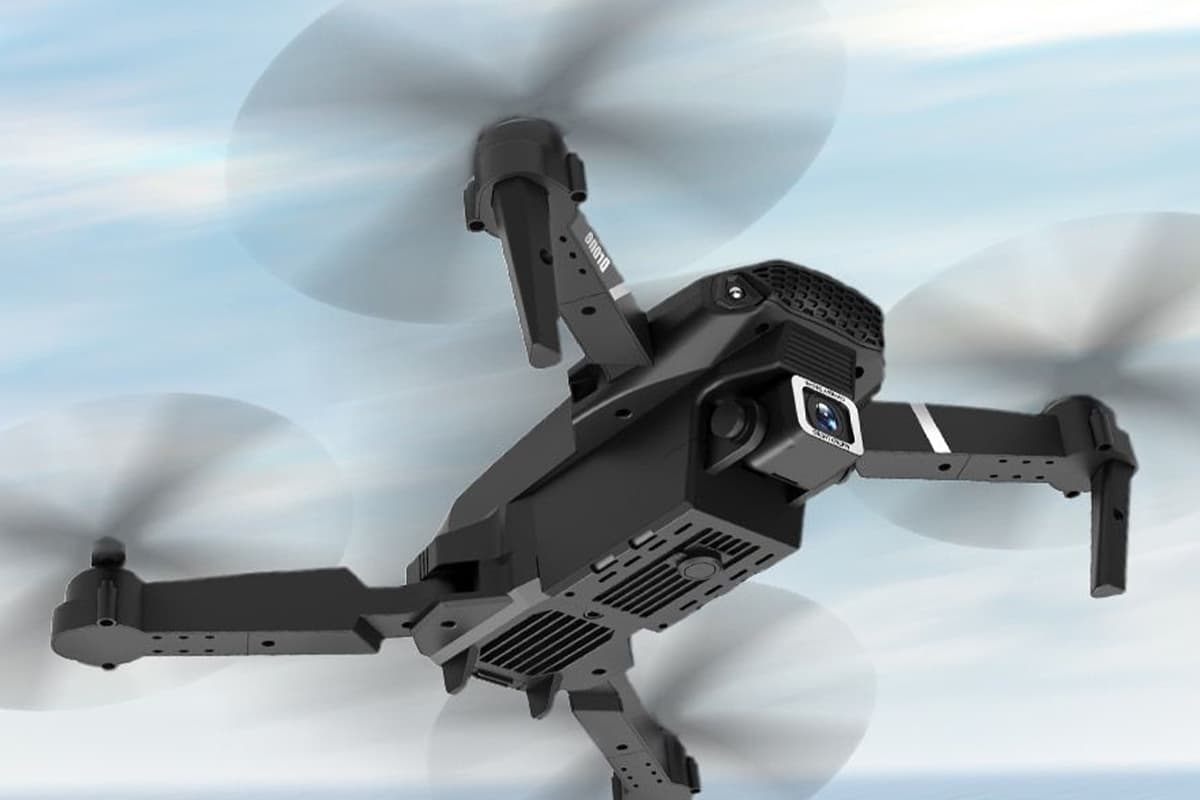 Drones have become so commonplace, we're even using them to make QR codes. If you're interested in taking to the skies with your own robot, but aren't sure where to start, this Black Drone with Dual HD 4K Camera not only is easy to fly, it's on sale for under $80.

If you're intimidated by drones, this one is built to get you comfortable with taking to the air. It launches with one touch of a button on the included remote, and can also return with a button press. Everything you need — including the remote, spare propellers, and prop protectors — is included. You even get a screwdriver right out of the box.

It also has a headless mode and GPS, as well as altitude holding commands. With those, once you get in the air, you can stay there until you're done. It even folds for easy storage and to take with you, with a battery pack that charges via USB.

It's also easy to get great footage from the drone. The front-mounted 4K camera has a 3-axis gimbal to keep shots stable, and electronic image stabilization (EIS) to ensure a smooth shot. The second camera is mounted on the belly and points straight down, letting you capture the layout of any site perfectly. With a range of 1,200 meters, you'll be able to weave between obstacles and create great shots.

Shooting is easy to control with the drone's app, which is downloaded with a simple QR code, and lets you see what it's seeing so you can practice your shot. With just a little work, you'll be filming amazing aerial images.

Read This Next
From Our Partners
Save Over 70% On This Drone for Cyber Week
From Our Partners
Take Flight With This Dual Camera Drone That's Under $80
From Our Partners
Launch Into The Skies With 75% Off This Easy-To-Use 4K Drone
From Our Partners
Take To The Skies With Over 70% Off This 4K Drone
From Our Partners
Become A Top-Notch Drone Pilot With Up to 20% Off These EXO Drones
More on Sci-Fi Visions
Getting Worse
Friday on the byte
Bitcoin Just Had Its Worst Month in Crypto's Entire History
FROM THE DEPT. OF...
Friday on futurism
Good Buys: Outer Brown Wicker Outdoor Armchair Conversation Set
FROM THE DEPT. OF...
Friday on futurism
Oh, Say Can You See These Amazing 4th of July Sales
READ MORE STORIES ABOUT / Sci-Fi Visions
Keep up.
Subscribe to our daily newsletter to keep in touch with the subjects shaping our future.
+Social+Newsletter
TopicsAbout UsContact Us
Copyright ©, Camden Media Inc All Rights Reserved. See our User Agreement, Privacy Policy and Data Use Policy. The material on this site may not be reproduced, distributed, transmitted, cached or otherwise used, except with prior written permission of Futurism. Fonts by Typekit and Monotype.