Build Your Own Transforming Robot With The Robosen T9

At 19% off, this shapeshifting robot is the STEM learning both kids and kids at heart have yearned for. 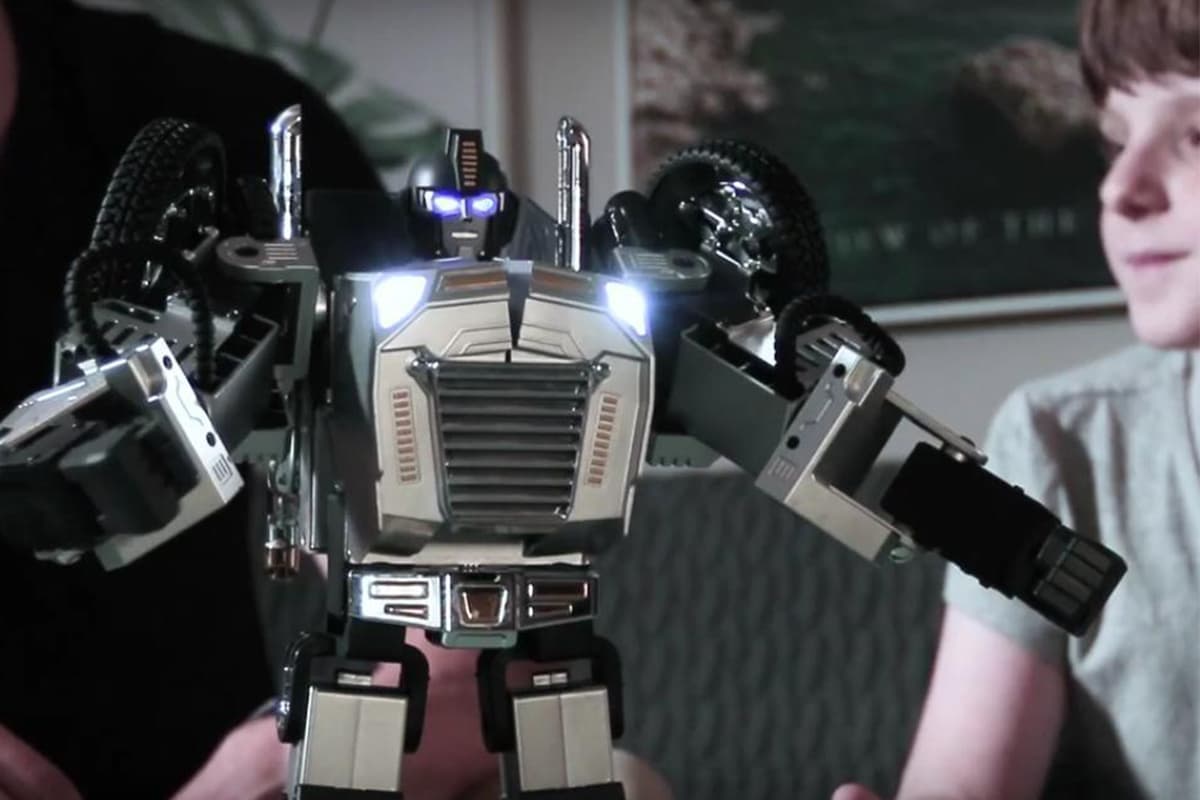 Sure, we can pretend to soberly assess articles informing us that there are more and more robots that turn into vehicles, and vice versa. But if we're really being honest, who among us doesn't want a robot friend who can change into a car on command?

The Robosen T9 Programmable Robot is the mechanical buddy you've wished for, and it's also a good way to learn about robotics and programming. Currently, it's 19% off at $399.99.

More Than Meets The Eye

The Robosen T9 is, first of all, fun. Controlled through either the companion app or your voice, it flips between car and robot mode with a simple command. But that's not all it does. With 22 servos built into the chest, hands, and legs, the T9 can smoothly walk, gesture, dance, and more. It's also a fully functional RC car that you can race. Convert between modes to get over rougher terrain, and then flip back to car mode to keep going!

It wakes up quickly from standby mode, and its generous 2,000 mAh battery is charged through micro-USB, so it's always ready to play. It's also ready to deal with what playtime dishes out, made from aluminum alloy and rugged ABS plastic. And at just 2.4 pounds, it's easy to pack for kids who can't be without it.

However, that's just the start of the Robosen's secrets. It's also a cleverly designed educational tool.

The Robosen is also highly customizable when it comes to its behaviors and actions, and that's where the most ingenious aspect of its design comes into play. The T9 is designed to ease kids into better understanding coding, with three levels of difficulty to explore.

The first is Motion Memory Recording. This is as easy as it gets: You guide the robot to perform the actions that you want it to, step by step, and the app records those movements as a set of instructions. It's only limited by imagination and range of motion, and you can see the results of this method in the app. This is great for broad movements, simple dances, and other motions.

The second is drag-and-drop coding, based off MIT's Scratch programming language. Here, anyone with the app can drag pre-set instructions in a specific order and preview it as the T9 performs its actions. These are a little more precise, a bit more complex, easing kids into the concepts of programming while limiting frustration and making it fun. It's also useful for tweaking motion memory recordings as you get more comfortable with coding. You can find a handy library of functions in the Robosen Hub, uploaded by fans around the world, as well, so if you're stumped, you can see how others tackled it.

The final level is programming the robot from scratch, using 3D graphic programming. This allows for the most precise movements and will help kids think about how robots approach the world around them. Robots need very clear, precise instructions to work properly, and those instructions have to be in three dimensions. This isn't just a good way to get kids thinking about STEM, but also to have them consider complex spatial relations problems in a fun way.

Perhaps you dreamed of having a small robot buddy when you were a kid. Maybe you've got kids of your own who want to learn STEM. Or maybe the family just wants a cool robot. No matter what, the Robosen T9 is there for you with 5-star Amazon reviews, and at 19% off, making it just $399.99, you can get your mechanical sidekick for less.

Read This Next
From Our Partners
Pre-Black Friday Doorbusters: This Ruler Can Measure Anything
From Our Partners
Enjoy Pre-Black Friday Savings On This Sterilizing Robot That Kills Viruses and Germs
From Our Partners
Can't Wait For November 26th? Save On These Pre-Black Friday Doorbusters Deals Now!
From Our Partners
Save on Science Toys And DIY Kits During This Pre-Black Friday Sale
From Our Partners
Command A Mini Robot Arm With This Pre-Black Friday Deal
More on Sci-Fi Visions
From the Dept. of...
12:00 AM on futurism
The Best Humidifiers of 2023
Human v. Giraffe
Jan 24 on the byte
Chaotic Italian Fashion Line Baffles Facial Recognition Software
Step One
Jan 24 on the byte
World’s Third Richest Person Says He’s Developed "Addiction" to ChatGPT
READ MORE STORIES ABOUT / Sci-Fi Visions
Keep up.
Subscribe to our daily newsletter to keep in touch with the subjects shaping our future.
+Social+Newsletter
TopicsAbout UsContact Us
Copyright ©, Camden Media Inc All Rights Reserved. See our User Agreement, Privacy Policy and Data Use Policy. The material on this site may not be reproduced, distributed, transmitted, cached or otherwise used, except with prior written permission of Futurism. Articles may contain affiliate links which enable us to share in the revenue of any purchases made.
Fonts by Typekit and Monotype.