A new way to communicate could be on the horizon. 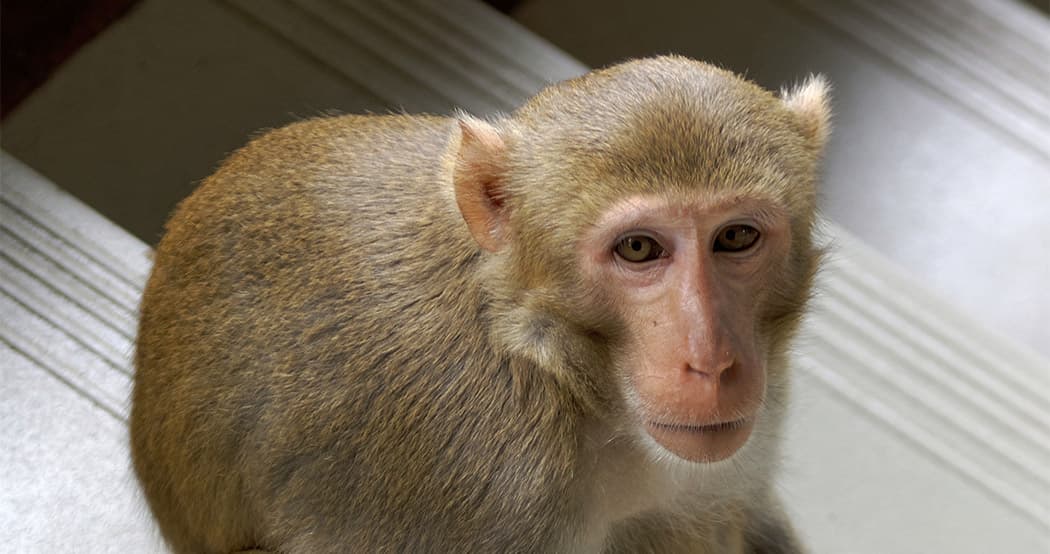 They haven't recreated the complete works of Shakespeare just yet, but a pair monkeys at Stanford University are one step closer, thanks to a new brain implant.

As part of a study published today by the journal Proceedings of the IEEE, scientists at Stanford University implanted a multi-electrode array into the brains of rhesus macaques (Macaca mulatta), a species of Old World monkeys.

The array can read the brain signals that are responsible for directing arm and hand movements and interpret those signals into cursor movements, which allowed the monkeys to mentally select individual letters of the alphabet from an on-screen keyboard. The monkeys were able to retype letters shown to them from news articles and works by Shakespeare at a rate of 12 words per minute.

From Their Brain To Ours?

The study could lead to an improved means of communication for the severely disabled, as current assistive technologies (i.e., eye or muscle tracking) are both challenging and time-consuming.

“Our results demonstrate that this interface may have great promise for use in people,” study lead author and Stanford postdoctoral fellow Paul Nuyujukian told FACTOR. “It enables a typing rate sufficient for a meaningful conversation.”

Earlier versions of this technology had been implanted in humans, but because the humans' minds could wander, the typing rates couldn't be accurately estimated. Testing the updated version with monkeys allowed the researchers to better estimate the potential typing rate, which could eventually be improved even further through the integration of autocomplete technologies.

Even at the current rate, though, the Stanford team's results are an important step toward improving assistive communication technology for people.

“The natural progression of clinical research is starting with preclinical animal model studies, as this paper is, and demonstrating the promise for human benefit, at which point the technology slowly transitions," explained Nuyujukian.

Read This Next
Eyes Have It
Doctors Are Preparing to Implant the World's First Human Bionic Eye
Vision Quest
Neural Implant Sends Camera Feed Into Blind People’s Brains
Futurism
Getting Struck By Lightning Can Make Brain Implants Stop Working
Futurism
For the First Time Ever, Scientists Boosted Human Memory With a Brain Implant
Futurism
A New Device Could Make Memory Implants a Reality
More on Enhanced Humans
Brain Transparency
Friday on futurism
Duke Professor Welcomes the "Promising" Future of Employers Reading Your Brain
Brain-Computer Im...
Jan 3 on the byte
Neuralink Cofounder Says New Company's Eye Implant Could Be "Ultimate" VR Tech
Eyes Have It
12. 30. 22 on futurism
Meet the Neuralink Cofounder Who Left and Started a Competitor That's Now Rapidly Catching Up
READ MORE STORIES ABOUT / Enhanced Humans
Keep up.
Subscribe to our daily newsletter to keep in touch with the subjects shaping our future.
+Social+Newsletter
TopicsAbout UsContact Us
Copyright ©, Camden Media Inc All Rights Reserved. See our User Agreement, Privacy Policy and Data Use Policy. The material on this site may not be reproduced, distributed, transmitted, cached or otherwise used, except with prior written permission of Futurism. Articles may contain affiliate links which enable us to share in the revenue of any purchases made.
Fonts by Typekit and Monotype.