There's Now A Religion Based On the Blockchain. Yes, Really.

Matthew Liston may be its founder, but he's no Cryptsiah. 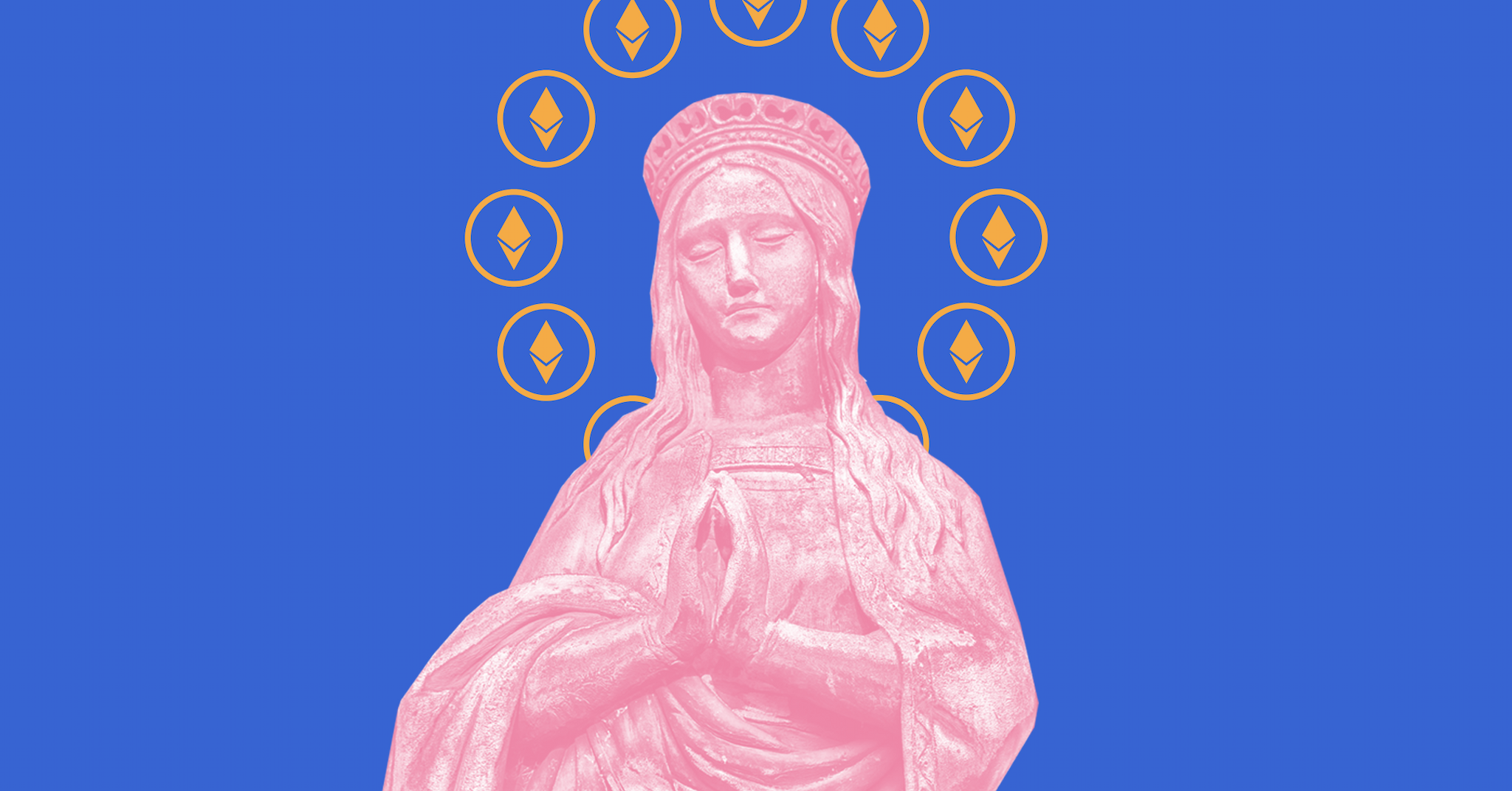 Ever talk to a cryptocurrency aficionado and wonder, perhaps, if they had joined a new cult? Well they really might have: there's now a religion built on the Ethereum blockchain.

Its founder, Matt Liston, is the former CEO of Augur, a blockchain-supported prediction platform. Liston's departure from Augur was contentious, and just last week he filed a lawsuit for $152 million against his former employer.

Liston unveiled his blockchain religion, which he calls 0xΩ ("Zero ex omega"? "Zero times omega"?), during a May 19 event at the New Museum in New York City. He distributed 40 hard copies of a document he calls 0xΩ's “flame paper,” the closest thing the religion has to a "holy book," that reportedly outlines how Liston wants 0xΩ to function.

“It’s a religious framework that could allow for belief sets to update much more quickly and also to democratize the relationship between membership and convergence on what everyone believes in this religion,” Liston said at the May 19 launch, according to a Forbes report.

The fundamental idea is that blockchain could eliminate the need for the faith to have a governing authority. In many of today's major religions, the beliefs and decisions of the people at the top — the Pope, the Dalai Lama, the Chief Rabbi — trickle down to the rest of the believers. The average follower has very little influence on the religion's core beliefs.

0xΩ could work differently, because users could have a say. Followers might decide they want to change parts of the blockchain religion's texts (starting with the flame paper) or start using donations to support certain charitable causes. To prove that funds will, in fact, materialize in the real world, Avery Singer, an artist and supporter of 0xΩ, presented a statue of a "Dogewhal" at the May 19 event, stating that future votes could decide to commission such pieces, as Forbes reported.

Because it is distributed and difficult to hack, blockchain may provide the perfect platform for followers to voice their opinions on these matters, or give their vote to another member to vote on their behalf.

And if followers can't reach consensus on a topic, 0xΩ could "hard fork" into two separate religions.

“In this religion, the people participating and involved could essentially vote and continuously change the structure and nature of it,” said Avery Singer, an artist and supporter of 0xΩ, according to the Forbes report.

Though Liston is founding the religion, he clearly doesn't consider himself its Pope. Singer called him the Cryptsiah, and a Cryptophet, as Forbes reported, titles that Liston apparently rejects.

Liston thinks established religions could benefit from blockchain as well, noting that they could get follower feedback on their own holy works or donation spending. Studies show that people are more generous with their donations when they know exactly where their money is going, so this sense of empowerment could, in fact, increase charitable givings from the faithful.

Liston claims he won't financially benefit from 0xΩ and plans to donate to the project himself once it officially launches later this year. That's when we'll find out if this blockchain religion has what is really needs to succeed: followers.

Read This Next
Sad!
Melania Trump Accused of Secretly Buying Her Own NFT to Avoid Disgrace
Greenwashing
World Wildlife Foundation Cancels NFT Project After Critics Point Out That It Was Actually a Huge Polluter
Stoking the Fire
Gaming Exec Says His Customers Are Idiots For Not Understanding How Great NFTs Are
Art Flop
Independent Artists Say NFTs Are the Bane of Their Existence
Plundering DAOs
Hackers Plunder "Cryptocurrency City" That Had Promised "Dank Memes"
More on Future Society
Down in Flames
Wednesday on the byte
Elon Musk Apparently Thinks Twitter Is a "Flaming Dumpster Rolling Down the Street"
All Tomorrow's Pa...
Wednesday on the byte
Party Startup Says It Has Zero Plans to Make Any Money With Investors' Funds
Primate Theft
Tuesday on the byte
It Was a Very Bad Weekend for Monkeys Being Stolen From Zoos, Apparently
READ MORE STORIES ABOUT / Future Society
Keep up.
Subscribe to our daily newsletter to keep in touch with the subjects shaping our future.
+Social+Newsletter
TopicsAbout UsContact Us
Copyright ©, Camden Media Inc All Rights Reserved. See our User Agreement, Privacy Policy and Data Use Policy. The material on this site may not be reproduced, distributed, transmitted, cached or otherwise used, except with prior written permission of Futurism. Articles may contain affiliate links which enable us to share in the revenue of any purchases made.
Fonts by Typekit and Monotype.