Black Holes Outside Our Galaxy Work Differently From Ours

Extra-galactic black holes may either spin slowly, or tumble quickly in an unusual orbit. 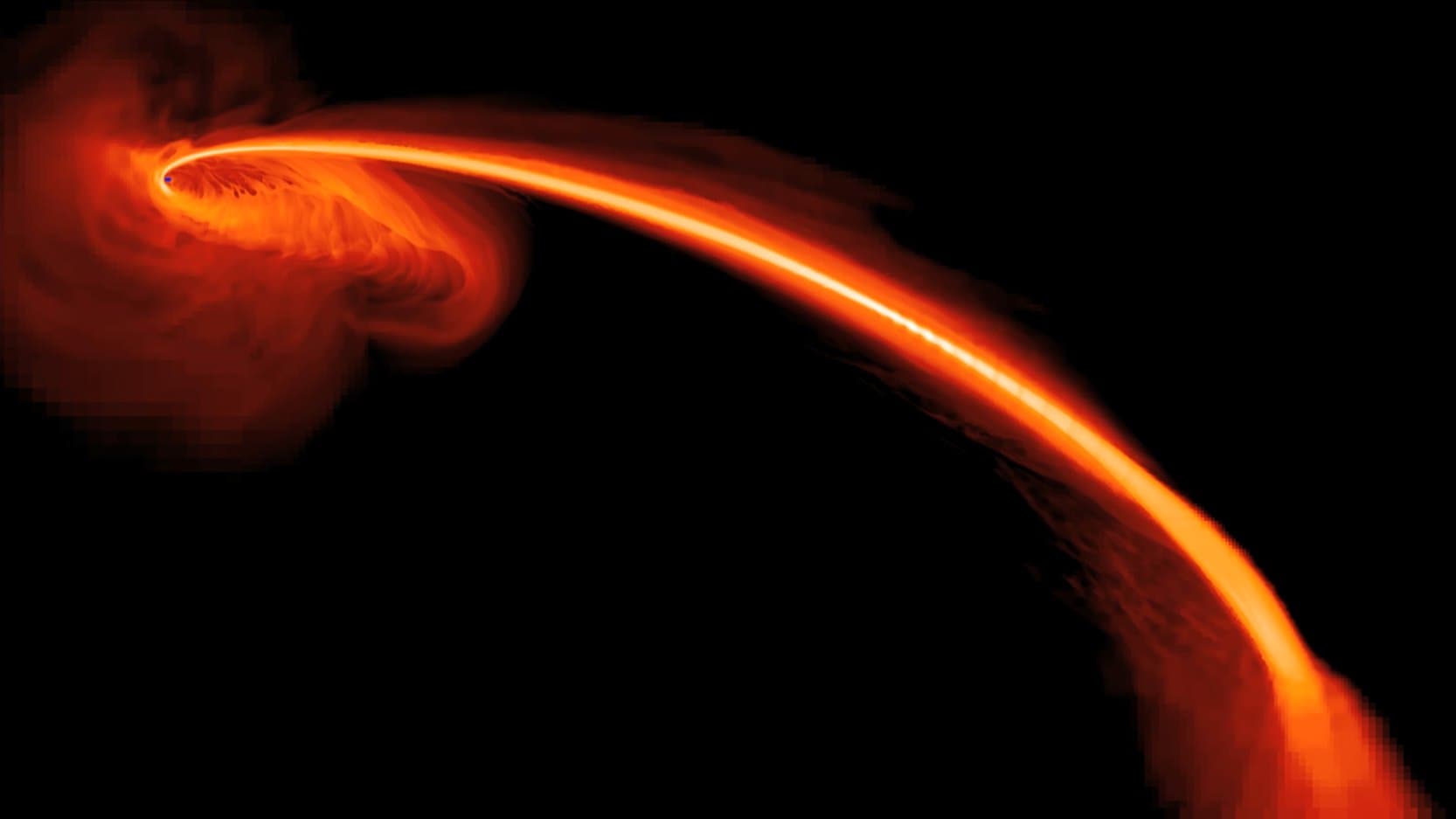 Physicists recently narrowed the origin story for black holes beyond our galaxy down to two possibilities, according to a study published in Nature. The analysis was based on data gathered after the landmark intra-galactic black hole mergers detected earlier this year by the Laser Interferometer Gravitational-Wave Observatory (LIGO).

Gravitational waves have provided the first and only known means for observing the cataclysmic births of black holes. The paper extends this methodology to take a cosmic census of black holes with stellar-level masses lying outside of the galaxy.

The odd thing is that black holes confirmed via gravitational waves differ from those seen in our galaxy. To make early headway toward answering why this is so, physicists in the study posited two non-exclusive possibilities for explaining the pattern of the waves.

The first option is that the black holes in binary (or mutual) orbit spin slowly around one another. This would mean that stars outside of our galaxy come to form binary black holes differently than they do inside our galaxy.

Imagine a baseball floating in the air and spinning at a constant slow velocity. This ball only has red stitching on its poles, representing observable gravitational waves from our pair of black holes. Now imagine that the baseball was turned on its side, so that the poles were aligned along the equator. With a slow rotation, we'd observe the red color from its stitches only infrequently.

The other possibility is that extra-galactic black holes spin rapidly (like in our galaxy), but that they 'tumbled' during formation, and are no longer aligned with their orbit. This would mean the black holes exist within a dense environment, like a star cluster. In this case, our polar-stitched baseball spins fast, but tumbles from north to south, flashing us the occasional stitch of red with the same observable frequency.

It's also possible we're seeing both types in the same field — slow-spinning black hole pairs not too far from other fast-spinning pairs, sending a super-dynamic set of waves our way. Our knowledge of black holes may be elementary, but thanks to LIGO, we're learning how to ask the right questions.

"By presenting these two explanations for the observed behavior, and ruling out other scenarios, we are providing those who study and try to explain the formation of black holes a target to hit," said co-author Dr. Will Farr, of the University of Birmingham School of Physics and Astronomy, in a press release. "In our field, knowing the question to ask is almost as important as getting the answer itself."

Read This Next
Falling In
Objects We Thought Were Black Holes May Actually Be Wormholes, Scientists Say
Black Hole Snapshot
Scientists Release Image of Black Hole at Center of Our Galaxy
Sucking Atmospheres
Scientists Spot Ravenous "Vampire" Star Devouring Its Neighbor
Yuge
Scientists Discover Enormous Black Hole Right Near Our Galaxy
Ripple Burst
Scientists Detect "Tsunami" of Gravitational Waves
More on Hard Science
Warped Tour
Thursday on futurism
Professor Believes Door to Warp Drive May Lie With Ethylene Glycol
Sky Bursts
Thursday on the byte
Astronomers Intrigued by 25 Mysterious Repeating Radio Signals From Deep Space
Tractor Beam
Jan 26 on the byte
Scientists Build Working Tractor Beam, Although It's Comically Tiny
READ MORE STORIES ABOUT / Hard Science
Keep up.
Subscribe to our daily newsletter to keep in touch with the subjects shaping our future.
+Social+Newsletter
TopicsAbout UsContact Us
Copyright ©, Camden Media Inc All Rights Reserved. See our User Agreement, Privacy Policy and Data Use Policy. The material on this site may not be reproduced, distributed, transmitted, cached or otherwise used, except with prior written permission of Futurism. Articles may contain affiliate links which enable us to share in the revenue of any purchases made.
Fonts by Typekit and Monotype.