Bill Gates Has Seven Predictions for the Future

Bill Gates is pretty good at predicting the future. This is what he thinks will happen next. 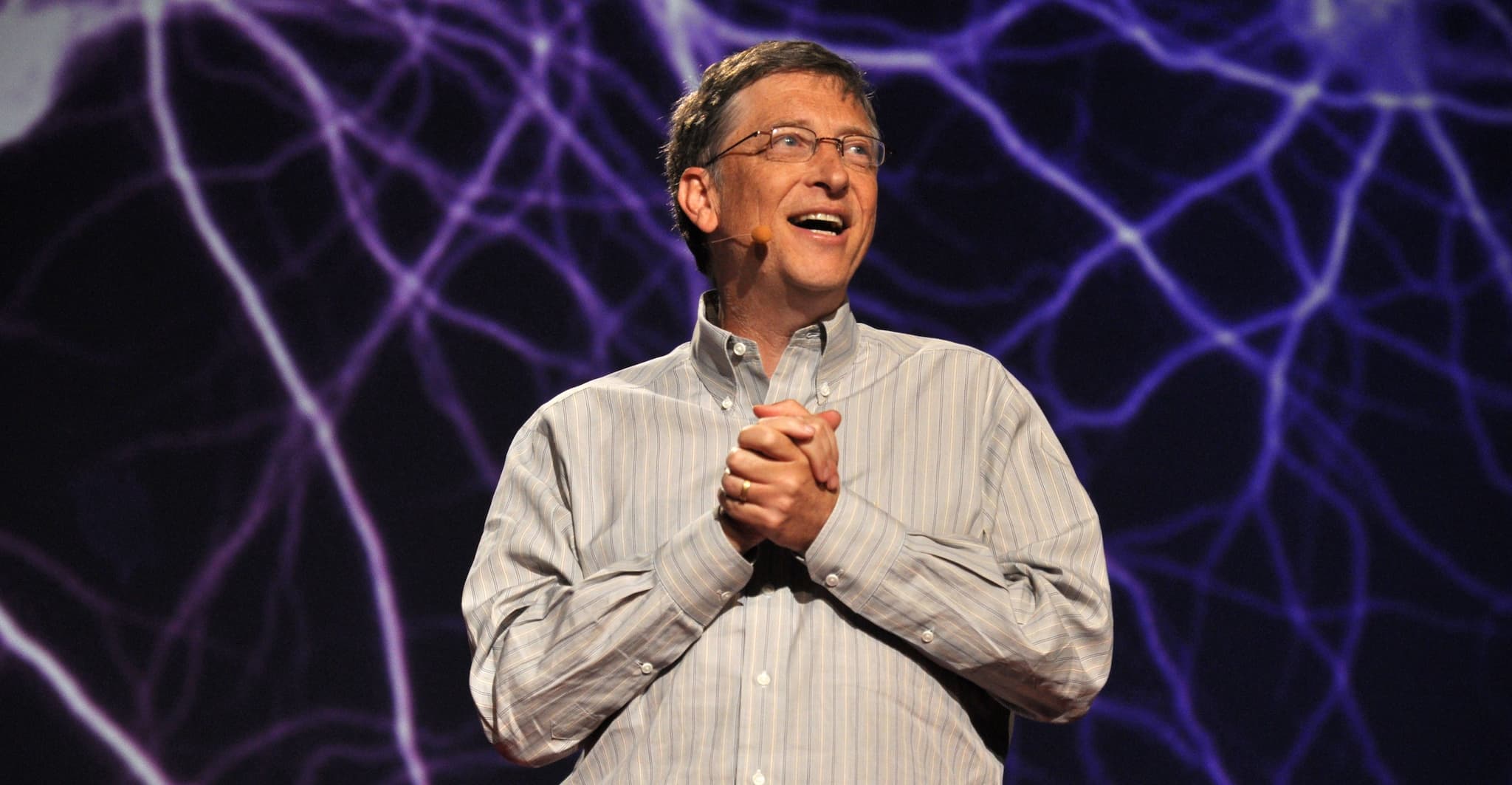 Bill Gates has been almost prophetic in his past predictions: his 1999 list was hauntingly accurate, foreseeing the advent of price comparison websites, smartphones, social media, and bots. Over the last few years, in interviews and annual letters, he has continued predicting: here are a selection of seven of his insights.

1. In the next 15 years, 33 million people could be wiped out in less than a year by a pathogen.

At the Munich Security conference, Gates warned that "epidemiologists say a fast-moving airborne pathogen could kill more than 30 million people in less than a year." This could be due to mutation, accident, or terrorist intent. While this may seem outlandish, similar events have occurred before: the most obvious example is the Black Death, which killed almost a third of Europe, but more recently, in 1918, the Spanish Flu wiped out between 50 and 100 million people.

2. Africa will become entirely self-sufficient in terms of food production.

He believes Africa will achieve the goal due to a number of structural changes:

First, better fertilizers and crops being developed will cause an upward spiral of greater nutrition leading to greater productivity.

Second, developments in infrastructure that are already taking place, such as Ghana increasing the width of highways connecting production zones to distribution zones and Senegal removing checkpoints that cause delays.

Third, as phones become more widespread, this will allow the communication of information such as weather reports and market prices.

3. The lives of the poor will be transformed by mobile banking.

Electronic banking systems will allow the poor to store and protect money digitally: he said in his 2015 annual letter that "by 2030, 2 billion people who don't have a bank account today will be storing money and making payment with their phones."

Gates cites how much the world has changed during his own lifetime — moving from a world segmented into the Soviet Union, the Western Allies, and "everyone else" to the world we see today — as a precedent for how much it has the potential to change. He wrote in his 2014 letter that "aid is a fantastic investment, and we should be doing more. It saves and improves lives very effectively, laying the groundwork for [...] long-term economic progress."

5. By 2030 there will be a clean energy breakthrough that will revolutionize our world.

In a slightly more recent prediction, made in 2016, Gates does not name any existing method of renewable energy as the panacea, but he thinks the key is investment in young people. He has already invested $2 billion in alternative technologies.

6. Countless jobs will be lost to automation.

In an interview with Quartz, Bill Gates envisages, as many industry leaders do, a world in which humans are put out of work by robots. Gates, though, has provided a possible plan of action: to tax robots in order to fund more jobs that can only be performed by humans, like taking care of the elderly or working with children.

7. Polio could be eliminated worldwide by 2019.

In his 2013 Annual Letter, Gates revealed statistics showing that the prevalence of polio has been reduced from impacting millions of people in hundreds of countries to now being active in only three countries worldwide. The key, he states, is measurement: “You have to measure accurately, as well as create an environment where problems can be discussed openly so you can effectively evaluate what's working and what's not.”

Read This Next
Market Madness
Bill Gates Says He's Quite Concerned About the Global Economy
Evil Personified
Melinda Gates Slams Ex-Husband for Friendship With "Abhorrent" Jeffrey Epstein
Singularity Thoughts
Neuralink Co-Founder Predicts That Humanity Will Get "Wrecked"
Futurism
Crime-Fighting AI Put a Guy in Jail for a Year With Little Evidence
Gates Closed
Bill Gates Reportedly Left Microsoft Board Amid Sex Allegations
More on Future Society
I Silence Thee
Jan 28 on futurism
Leaked Messages Seem to Show Elon Musk Using Twitter to Punish His Enemies
Gas Giant
Jan 27 on the byte
Journalist Eats Lab-Grown Chicken, Gets "Weirdly Gassy"
Musk Rats
Jan 26 on the byte
Twitter Is Quietly Re-Suspending the Lunatics Elon Musk Let Back On
READ MORE STORIES ABOUT / Future Society
Keep up.
Subscribe to our daily newsletter to keep in touch with the subjects shaping our future.
+Social+Newsletter
TopicsAbout UsContact Us
Copyright ©, Camden Media Inc All Rights Reserved. See our User Agreement, Privacy Policy and Data Use Policy. The material on this site may not be reproduced, distributed, transmitted, cached or otherwise used, except with prior written permission of Futurism. Articles may contain affiliate links which enable us to share in the revenue of any purchases made.
Fonts by Typekit and Monotype.