From Crunchyroll to Netflix and beyond. 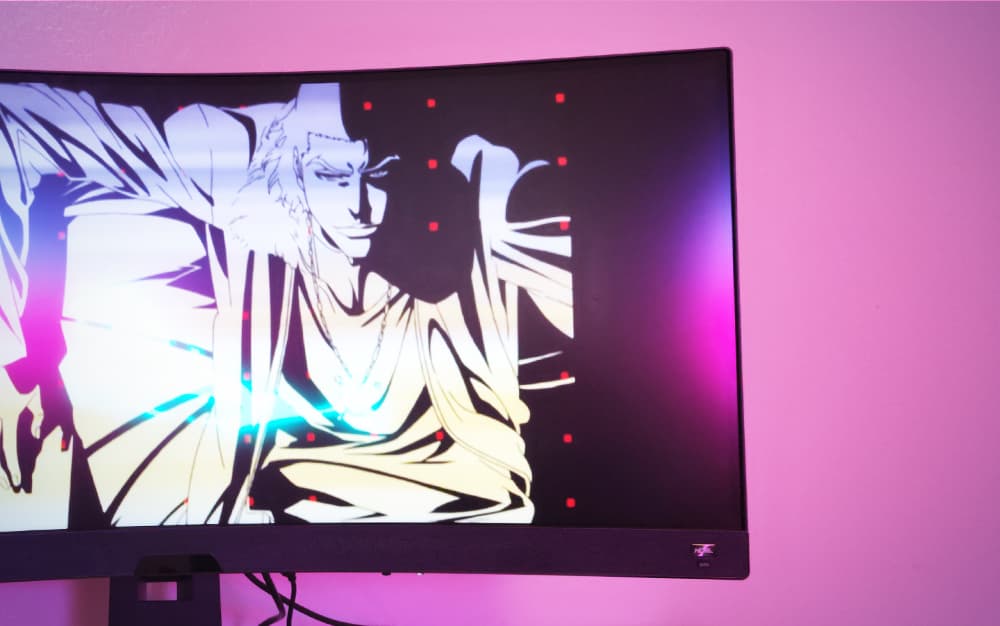 The best anime streaming services are a stark reminder of how far we’ve come. When anime was still a novelty, hardcore Amerikan Otakus had to schlep to their nearest Suncoast Video at the mall to drop top dollar on “Dragonball Z” VHS tapes. Now, not only can you watch “Dragonball,” “Sailor Moon,” and “Food Wars,” on demand, you can also watch them subbed or dubbed, depending on how hard your fandom goes. But which streaming service caters best to anime fans? Here’s a thorough guide to the best anime streaming services.

How We Picked the Best Anime Streaming Services

Price: Luckily, many anime-centric streaming services come pretty cheap. At least the ones worth mentioning, anyway. But you know what’s even better than an inexpensive anime streaming service? An existing streaming service you likely already have a subscription to that also packs plenty of anime content. Which one makes sense to you depends on your budget and anime watching habits.

Anime Series: There’s no keeping up with all the anime series that come out. “Have you seen this, have you seen that?” From big hits to deep cuts, anime is everywhere on just about every streaming platform. But what series are available is the make it or break it question. This already complicated question becomes even more cumbersome when consulting the age-old question “Subs or Dubs?” More on that later.

User Interface: I’ve said it once, I’ll say it a million times. Streaming services should spend a little less money on developing shows and movies nobody will watch and spend more money making an app that’s stable and easy to navigate. There are entire streaming platforms with great stuff on them, but a clunky UI can ruin a viewing experience quicker than Saitama from “One Punch Man.”

Why It Made The Cut: Crunchyroll is nearly synonymous with online anime streaming, and with its popular simulcasts, how could it not be?

Cons:
— Simulcasts will no longer be available in free tier

Say the words “anime streaming service” and immediately Crunchyroll comes to mind. Its reputation and popularity is well-earned as an online anime destination.

Crunchyroll’s punk rock roots started back in 2006, as a streaming site that specialized in East Asian shows, including popular anime (mostly illegally). Since becoming legit, the site became a great place to stream both anime hits and fan favorites totally free, as long as you don’t mind sitting through a few ads. Where Crunchyroll truly stands out is its simulcasts, making new episodes of anime appointment television, just like “Dragonball Z” was in the late ‘90s. Its library is massive, and there’s a good chance that if any title is trending, it’s going to be on Crunchyroll. Unfortunately, those simulcasts will no longer be available to free users. Tragic, but even at $7.99 per month for the lowest paid tier, you can get your fill of new and classic shows and movies and not sit through a single ad. Higher tiers even let you download shows for offline viewing.

Why It Made The Cut: If reading subtitles isn’t your thing, there are plenty of fully-translated anime series on the ubiquitous streaming platform.

Pros:
— Still the best UI in the game
— Impressive amount of anime content, including exclusives
— New content in the works

Cons:
— Missing some of the big hitters

As the streaming wars enter their high dudgeon phase, more and more shows are being yanked off the OG streaming service king, Netflix. Still, even if in a year or two the only thing exclusive to Netflix is “Seinfeld” and “The Great British Baking Show,” this place will always be a fantastic destination for anime.

Many of Netflix’s anime exclusives easily qualify for “must-watch” status including the hyper-violent “Devilman Crybaby” and hilariously charming “Aggretsuko.” That’s not counting the anime series in development, including “Tomb Raider” and “Cyberpunk 2077,” which should capture the same thrills as the games they're based on. Aside from exclusives, there’s a bevy of big hits including “Naruto,” “Yu-Gi-Oh,” “Hunter X Hunter” and a few generations worth of Pokemon series. If you’re looking for any series with “Dragonball” or “Sailor Moon” in the title, look elsewhere. That small caveat aside, navigating on Netflix is still buttery smooth compared with just about every other streaming platform on the market. Casual anime fans will be happier here.

Why It Made The Cut: For anyone not ready to subscribe to an anime exclusive platform, Hulu comes with plenty of popular entry level series for budding otakus.

Cons:
— Only one anime exclusive, for now

Hulu is a great way for cord-cutters to watch new shows a day after they air, but it’s also got a growing library of popular anime series.

The heavy hitters are all seemingly there. “My Hero Academia,” “Attack on Titan,” “Naruto: Shippuden,” “Gintama,” three Dragonball series, and twenty seemingly-endless seasons of “One Piece.” There’s a good balance of stuff for kids and teens to watch alone, like “Sailor Moon,” and “Sonic X.” But there’s plenty of more mature titles like “Assasination Classroom,” “Cowboy Bebop,” and the film classic, “Akira.” There’s even second season of “One Punch Man” exclusive to Hulu. Like Netflix, there’s a good chance you already have a subscription to Hulu, and if you don’t, plans start at only $6.99. The exclusives just aren’t there yet, but the entire Hulu anime hub is rife with plenty of great stuff, on a fairly reliable UI.

Why It Made The Cut: Whether you’re streaming on a Roku, your iPhone, or from your laptop, Prime Video makes streaming anime a breeze.

Pros:
— Stable and steady apps across all platforms
— Wide array of anime across many genres
— Rent/Buy/Stream Free options

Cons:
— Few exclusives, none in the works

Amazon is a destination for everything from televisions to toothpaste, so why wouldn’t it also be a place to get your anime fix?

The online megastore doesn’t have too many exclusives in its video library, but Prime Video is definitely one of those quality over quantity situations. “Crayon Shin-chan Spin-off,” featuring the funniest animated kiddo since Bart Simpson, is as hilarious as you want any show bearing “Shin-chan” in its title. Prime Video packs plenty of great anime series like “Ghost Stories,” “Grimoire Zero,” “Princess Tutu,” and “Lupin the 3rd.” Anime movies, which are often overlooked, can also be found here, including “GoShogun: The Time Etrainger,” “Pokemon Ranger and the Temple of the Sea,” and “Little Nemo: Adventures in Slumberland.” No matter what title, you can expect watching them to be nearly as streamlined as Netflix, considering Prime Video is one of the more reliable apps available across all platforms. You could do worse for a service that comes free with your two-day shipping membership.

Why It Made The Cut: Hidive’s offerings are mostly for mature audiences, with plenty of uncensored and uncut titles.

Anime isn’t just for young’ns. In fact, many big hits would be too mind-meltingly awesome for young minds to appreciate. For the adults only anime crowd, there’s Hidive.

Hidive prides itself on streaming anime shows that include everything from ultra-violence to lewdness, with more than 100 series under its belt. Fan-service heavy “High School of the Dead,” “Needless” and “The Book of Bantorra” are about to be your new favorite guilty pleasures. Classic action series like “Big O” and “Gatchaman Fighter” remind die-hard fans why they got into anime in the first place. Like any service packing plenty of adult-only content, there’s plenty of parental controls available to keep kids away. Though, that’s a problem that may solve itself, considering that you can only stream on two screens on a single account. Still, not only do you get access to tons of subbed, dubbed, and uncensored anime, but a good many simulcasts complete with live chat.

Things to Consider Before Subscribing to an Anime Streaming Service

This is the eternal question that inevitably follows the statement “I really like anime.” For those not familiar with otaku lingo, subs means “subtitled” and dubs means “dubbed” anime. Subbed animes retain their original Japanese language voice acting with subtitles presented, usually in English. Dubbed programs have English voice acting, though subtitles are still available for those who want to use them. Many anime fans find much of a show’s charm loses something in translation. Sometimes, when an anime gets an English dub, unnecessary changes and censoring happen. Who can remember season one of Pokemon where Brock referred to onigiri as donuts? At the end of the day, whatever side you pick depends entirely on your personal tastes. Hidive openly lists subbed or dubbed right in the menu of its library. Crunchyroll not only lets you pick from either subbed or dubbed versions, but popular series even offer multiple languages for either option.

Q: What streaming service has the best anime?

This is all a matter of taste, but there’s no competing with the sheer number of titles available on Crunchyroll.

Q: How much does an anime streaming service cost?

Streaming services that stream anime exclusively cost anywhere from free up to $14.99, depending on the service.

Q: What is the best anime streaming service?

Our pick for best overall anime streaming service is Crunchyroll for its massive library, anime simulcasts, and user-friendly UI.

Q: Is Crunchyroll better than AnimeLab?

Crunchyroll, in our opinion, is much better than AnimeLab for a myriad of reasons, but chief among them is how responsive Crunchyroll is compared to AnimeLab.

No anime streaming services holds a candle to Crunchyroll, but Netflix and Hulu have large anime collections in their large streaming libraries.

Q: What is the best free anime streaming service without ads?

Crunchyroll does allow for free streaming, but you will have to sit through an ad or two. There are no totally free anime streaming services, but you may be able to find an anime movie or two on YouTube with some dutiful digging. Whether or not it’s there legitimately is another story.

When it comes to anime streaming services, there’s Crunchyroll and there’s everyone else. Its library is unmatched, and it continues to grow every month. If you don’t mind a few ads here and there, a free subscription may handle your anime needs, but even paid subscriptions are more than worth the price. For streaming services with plenty of anime on them, Netflix packs the most original anime content, along with an impressive library of shows and movies that spans many genres.