Astronomers Have Found A “Super-Earth” Unlike Any Other

This is a big win in our hunt for alien life. 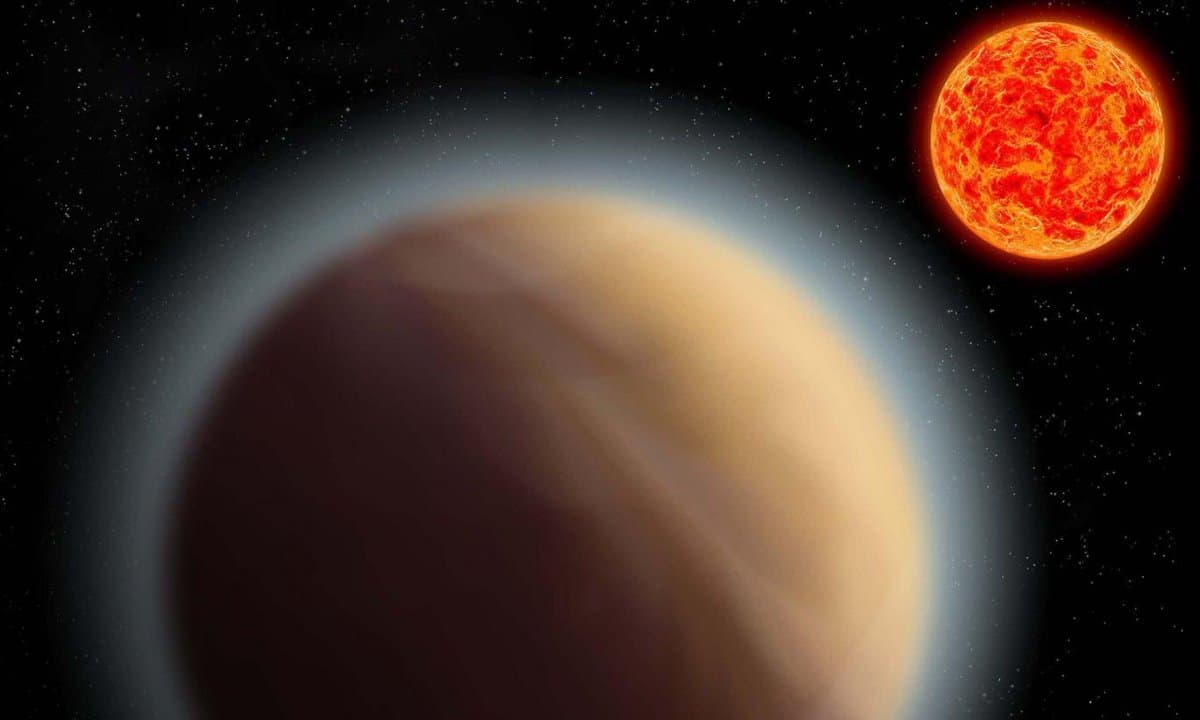 In 2015, astronomers discovered an intriguing extrasolar planet located in a star system some 39 light years from Earth. Despite orbiting very close to its parent star, this “Venus-like” planet – known as GJ 1138b – appeared to still be cool enough to have an atmosphere. In short order, a debate ensued as to what kind of atmosphere it might have, whether it was a “dry Venus” or a “wet Venus.”

And now, thanks to the efforts of an international team of researchers, the existence of an atmosphere has been confirmed around GJ 1138b. In addition to settling the debate about the nature of this planet, it also marks the first time that an atmosphere has been detected around a low-mass Super-Earth. On top of that, GJ 1138b is now the farthest Earth-like planet that is known to have an atmosphere.

Using the GROND imager on the La Silla Observatory’s 2.2m ESO/MPG telescope, the team monitored GJ 1132b in different wavelengths as it transited in front of its parent star. Given the planet’s orbital period (1.6 days), these transits happen quite often, which presented plenty of opportunities to view it pass in front of its star. In so doing, they monitored the star for slight decreases in its brightness.

As Dr. Southworth explained to Universe via email, these observations confirmed the existence of an atmosphere:

“What we did was to measure the amount of dimming at 7 different wavelengths in optical and near-infrared light. At one of these wavelengths (IR) the planet seemed to be slightly bigger. This indicated that the planet has a large atmosphere around it which allows most of the starlight to pass through, but is opaque at one wavelength.”

The team members from the University of Cambridge and the MPIA then conducted simulations to see what this atmosphere’s composition could be. Ultimately, they concluded that it most likely has a thick atmosphere that is rich in water and/or methane – which contradicted recent theories that the planet had a thin and tenuous atmosphere (i.e. a “dry Venus”).

It was also the first time that an atmosphere has been confirmed around a planet that is not significantly greater in size and mass to Earth. In the past, astronomers have detected atmospheres around many other exoplanets. But in these cases, the planets were either gas giants or planets that were many times Earth’s size and mass (aka. “Super-Earths”). GJ 1132b, however, is 1.6 times as massive as Earth, and measures 1.4 Earth radii.

In addition, these findings are a significant step in the search for life beyond our Solar System. At present, astronomers seek to determine the chemical composition of a planet’s atmosphere to determine if it could be habitable. Where the right combination of chemical imbalances exist, the presence of living organisms is seen as a possible cause.

By being able to determine that a planet at lower end of the super-Earth scale has an atmosphere, we are one step closer to being able to determine exoplanet habitability. The detection of an atmosphere-bearing planet around an M-type (red dwarf) star is also good news in and of itself. Low-mass red dwarf stars are the most common star in the galaxy, and recent findings have indicated that they might be our best shot for finding habitable worlds.

Besides detecting several terrestrial planets around red dwarf stars in recent years – including seven around a single star (TRAPPIST-1) – there is also research that suggests that these stars are capable of hosting large numbers of planets. At the same time, there have been concerns about whether red dwarfs are too variable and unstable to support habitable worlds.

As Southworth explained, spotting an atmosphere around a planet that closely orbits a red dwarf could help bolster the case for red dwarf habitability:

“One of the big issues has been that very-low-mass stars typically have strong magnetic fields and thus throw out a lot of X-ray and ultraviolet light. These high-energy photons tend to destroy molecules in atmospheres, and might also evaporate them completely. The fact that we have detected an atmosphere around GJ 1132b means that this kind of planet is indeed capable of retaining an atmosphere for billions of years, even whilst being bombarded by the high-energy photons from their host stars.

In the future, GJ 1132b is expected to be a high-priority target for study with the Hubble Space Telescope, the Very Large Telescope (VLT) at the Paranal Observatory in Chile, and next-generation telescopes like the James Webb Space Telescope (scheduled for launch in 2018). Already, observations are being made, and the results are being eagerly anticipated.

I’m sure I’m not the only one who would like to hear what astronomers discover as they set their sights on this nearby star system and it’s Venus-like world! In the meantime, be sure to check out the video above about GJ 1132b, courtesy of MIT news.

Editor's note: The narrator in the above video refers to the exoplanet as JG1132b instead of GJ1132b. The planet is indeed called GJ1132.

Read This Next
Hall Effect
Test Suggests Ion Thrusters Could Power Crewed Interplanetary Missions
Shoo
Scientists Warn Giant Asteroid Is Actually Swarm, Nearly Impossible to Destroy
What Does It All Mean?
The Second Alien Probe We Detect May Be Particularly Bizarre, Scientist Says
A Sip of Opal
NASA Discovers Precious Gemstones on Mars
And He Scores
We Are Completely Puzzled by This Video of a Chinese Astronaut Playing Ping-Pong in Space
More on Off World
CHON: Legacy
Yesterday on the byte
James Webb Discovers Coldest Ice in Known Universe, Harboring Molecules Essential For Life
Is There?
Yesterday on the byte
NASA Setting Up Facility For Mars Rock Samples That Might Contain Alien Life
Stunning Centaur
Jan 28 on the byte
James Webb Spots Asteroid With Its Own Saturn-Like Rings
READ MORE STORIES ABOUT / Off World
Keep up.
Subscribe to our daily newsletter to keep in touch with the subjects shaping our future.
+Social+Newsletter
TopicsAbout UsContact Us
Copyright ©, Camden Media Inc All Rights Reserved. See our User Agreement, Privacy Policy and Data Use Policy. The material on this site may not be reproduced, distributed, transmitted, cached or otherwise used, except with prior written permission of Futurism. Articles may contain affiliate links which enable us to share in the revenue of any purchases made.
Fonts by Typekit and Monotype.