Astronomers Have a New Tool in the Search For Habitable Exoplanets 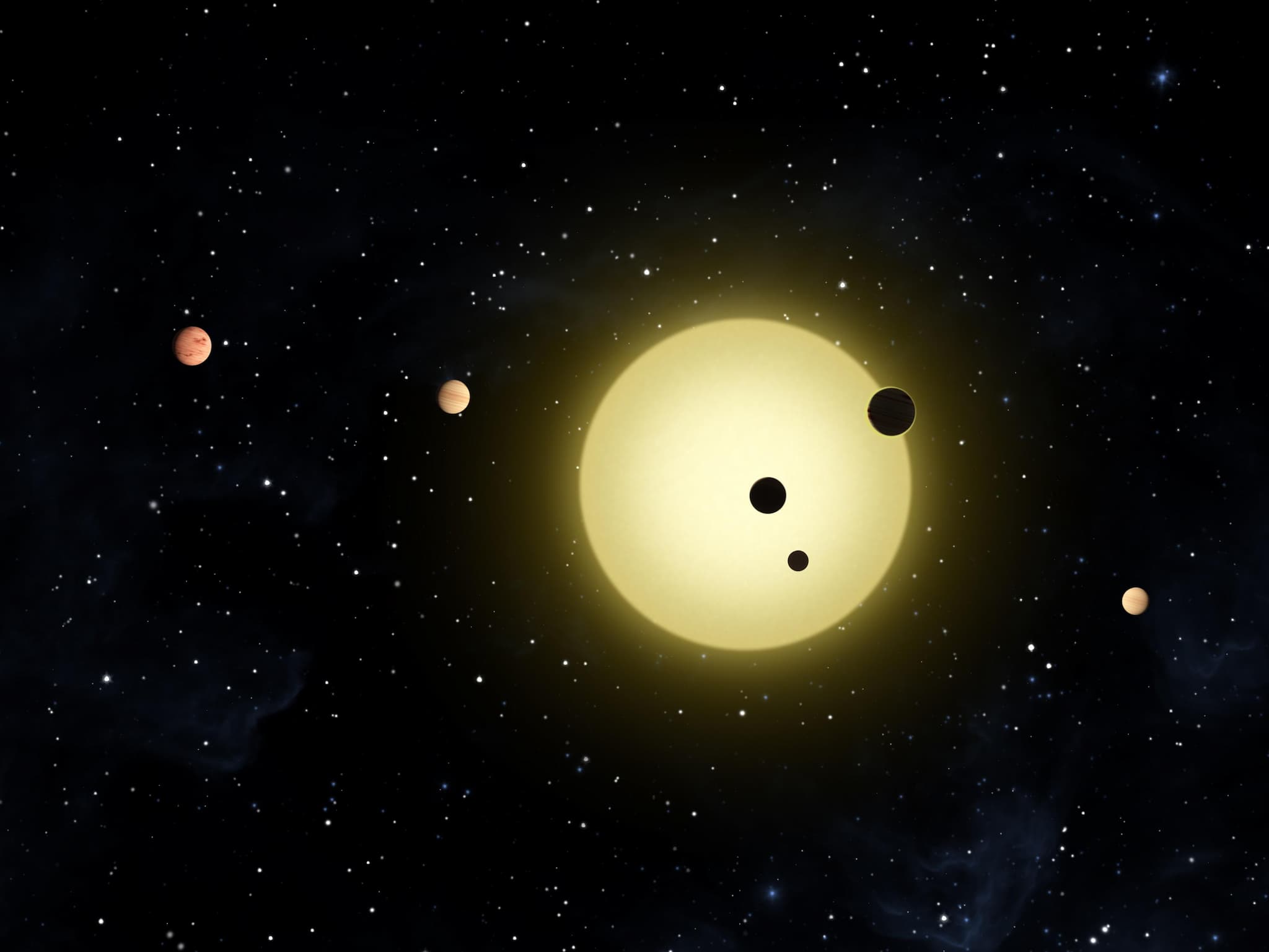 Detecting extrasolar planets is a notoriously tricky business.  It’s a frustrating process of splitting light, looking for anomalous spectral signatures, teasing out “wobbles” and “wiggles” and “dips” of starlight—in other words, looking for what’s not there, rather than what is.

And an important tool for planet hunters has been what is called a laser frequency comb, a device that serves as a kind of “optical ruler,” with the tick marks formed of evenly spaced lines of incoming light.

The importance of this new calibration technique is that it forms stable points of reference against which a star’s movements can be measured.  This is especially useful in the so-called “wobble” or radial velocity method of exoplanet detection, in which the existence of a planet is betrayed by the very slight gravitational tug it exerts upon its parent star.

But the current generation of commercially available light frequency combs have their own drawbacks—the tick marks were so finely spaced that in order to produce useful reference lines, the incoming light must be filtered, adding a further, unwanted step to the whole process.

But a team from Caltech, whose research was published January 27 in the journal Nature Communications, have used a new type of light frequency comb that eliminates the need to further filter the light, and creates easily resolvable reference lines.

For their research, they used a device that uses microwave modulation of a continuous laser source; previous versions have relied on pulsed lasers.  The gist of it all is that the researchers managed to produce a reliable, efficient planet-hunting calibration instrument using readily available, off-the-shelf technology.

In the words of one of the paper’s coauthors, Charles Beichman, executive director of the NASA Exoplanet Science Institute at Caltech: “Our goal is to make these laser frequency combs simple and sturdy enough that you can slap them onto every telescope, and you don’t have to think about them anymore.”

The images to the right were obtained using the new calibration technique with the Keck II telescope. On the top is the infrared spectral signature of a cool star. Below is the infrared spectrum through the light frequency comb, showing the reference marks that can be used to measure slight shifts in the star's light.

The new light frequency comb is limited to the infrared portion of the spectrum, and so is particularly suited for the study of red dwarf stars, whose light output is chiefly in infrared wavelengths.  NASA’s planet-hunting Kepler telescope has shown that these little stars frequently host more nearly Earth-sized planets, and that at least a quarter of these fall within their system’s habitable zone.

So red dwarfs are thought to be pretty good candidates for hosting potentially life-bearing planets.  And the team is hopeful that they can boost the comb’s frequency into the visible light range, so that the many worlds of sun-like stars may swim into view.

There is a real possibility that this novel light frequency comb may enable astronomers to discover the Earth's twin, whether basking in the crimson glow of a red dwarf, or bathed in the yellow rays of a sun more like our own.

Read This Next
Lonely Planet
Scientists Find Nearby Planet the Same Size of Earth, Plan to Search It for Life
Accuracy Wall
Harvard and MIT Scientists Warn That James Webb Data May Not Be What It Seems
Outing Life
Swiss Government Scientist Says We May Be on the Brink of Discovering Alien Life
Sun Gazer
Researchers Want to Use the Sun As a Giant Telescope to Look for Aliens
Space Invaders
Study: There May Be as Many as Four Evil Civilizations in Our Galaxy
More on Off World
Killernova
Yesterday on the byte
Scientists Find "One in Ten Billion" Star System Primed to Explode in Titanic Kilonova
Take Cover
Feb 4 on the byte
Space Startup Blows Up Another Giant Inflatable Space Station Module
Rock Blast
Feb 4 on the byte
Scientists Say There's an Upside to Those Rocks That Keep Bludgeoning the James Webb
READ MORE STORIES ABOUT / Off World
Keep up.
Subscribe to our daily newsletter to keep in touch with the subjects shaping our future.
+Social+Newsletter
TopicsAbout UsContact Us
Copyright ©, Camden Media Inc All Rights Reserved. See our User Agreement, Privacy Policy and Data Use Policy. The material on this site may not be reproduced, distributed, transmitted, cached or otherwise used, except with prior written permission of Futurism. Articles may contain affiliate links which enable us to share in the revenue of any purchases made.
Fonts by Typekit and Monotype.