Astronomers Capture Image Of Universe 13 Billion Years Ago, "Where No Human Has Seen Before"

Long, long ago there was a galaxy far, far away. And we just saw it. 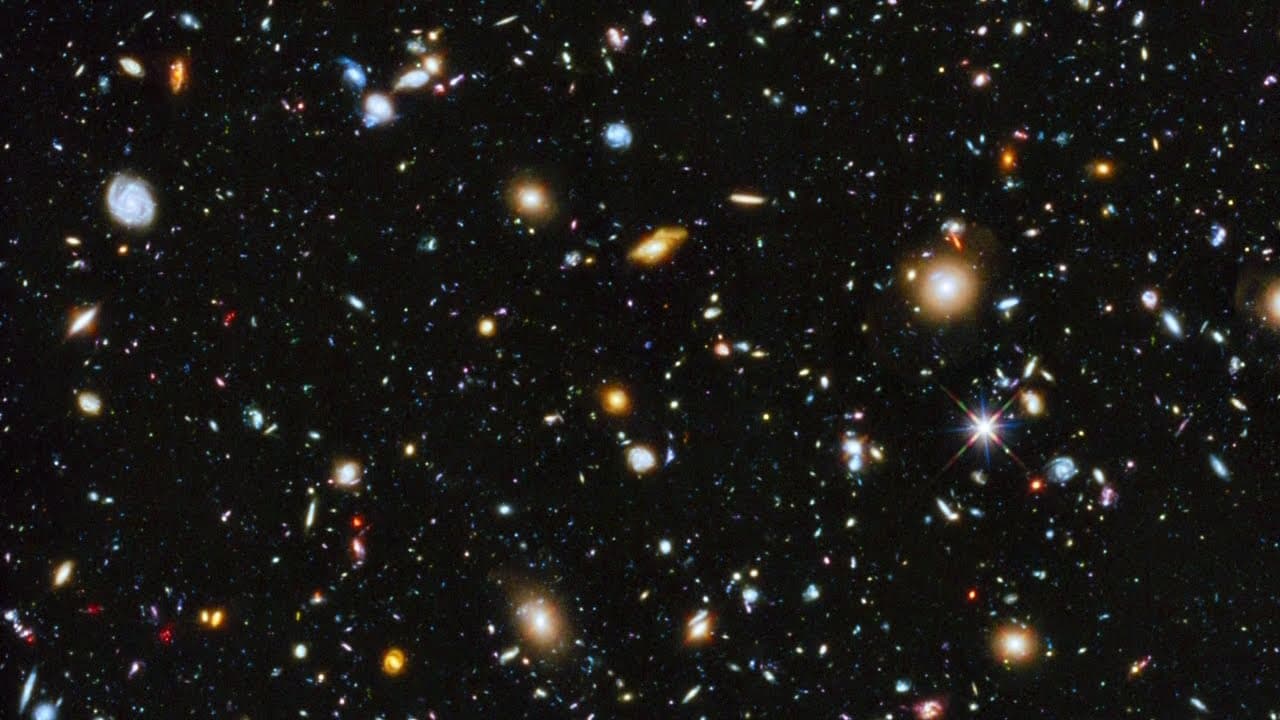 A team of scientists just captured an image of the faintest galaxy ever observed. It is considered to be a toddler in the aged (and rather senior) universe. The image was captured at the W.M. Keck Observatory in Hawaii, and the study is published in The Astrophysical Journal Letters.

Using the data from the previous observations, and an optical phenomenon known as  gravitational lensing, in which the gravity of massive objects between the observer and the subject (like a supermassive black hole drifting through the cosmos between Earth and a distant galaxy) magnifies the view of the subject.

In this case, the galaxy was found to be hiding behind another. The experts assert that without this phenomenon, it would've been impossible to see the galaxy at all.

The galaxy under scrutiny is relatively young, estimated to be from 13 billion years ago. The team infers that the system has a very low stellar mass, one that is just "one percent of one percent of the Milky Way." Nonetheless, its discovery is providing relevant insights about the origins of the cosmos.

In a press release, lead author of the study Kuang-Han Huang says the galaxy exists at the end of the reionization epoch of the universe, a time when the hydrogen gases spewed out from the Big Bang were transitioning from neutral to ionized. This process is when the stars lit up for the first time.

"It's a very, very small galaxy, and at such a great distance, it's a clue in answering one of the fundamental questions astronomy is trying to understand: What is causing the hydrogen gas at the very beginning of the universe to go from neutral to ionized about 13 billion years ago," says Keck astronomer Marc Kassis. "That's when stars turned on and matter became more complex."

Read This Next
Glow On
Scientists Unlock Decades-Old Mystery Behind Glow on Saturn
Futurism
Scientists: The Big Bang May Have Actually Been the 'Big Bounce'
Futurism
Today’s Stars May Evolve Differently Than Stars in the Early Universe
More on Off World
Drama Bomb
Wednesday on the byte
European Space Agency Halts Plans to Send Astronauts to Chinese Space Station
Futurism
Wednesday on the byte
Asteroid Mining Startup About to Launch First Mission
Carry On, Wayward...
Wednesday on the byte
NASA Says Lucy Spacecraft Will Forge Ahead With Busted Solar Array
READ MORE STORIES ABOUT / Off World
Keep up.
Subscribe to our daily newsletter to keep in touch with the subjects shaping our future.
+Social+Newsletter
TopicsAbout UsContact Us
Copyright ©, Camden Media Inc All Rights Reserved. See our User Agreement, Privacy Policy and Data Use Policy. The material on this site may not be reproduced, distributed, transmitted, cached or otherwise used, except with prior written permission of Futurism. Articles may contain affiliate links which enable us to share in the revenue of any purchases made.
Fonts by Typekit and Monotype.