Astronaut Says He Had Religious Experience During Spacewalk 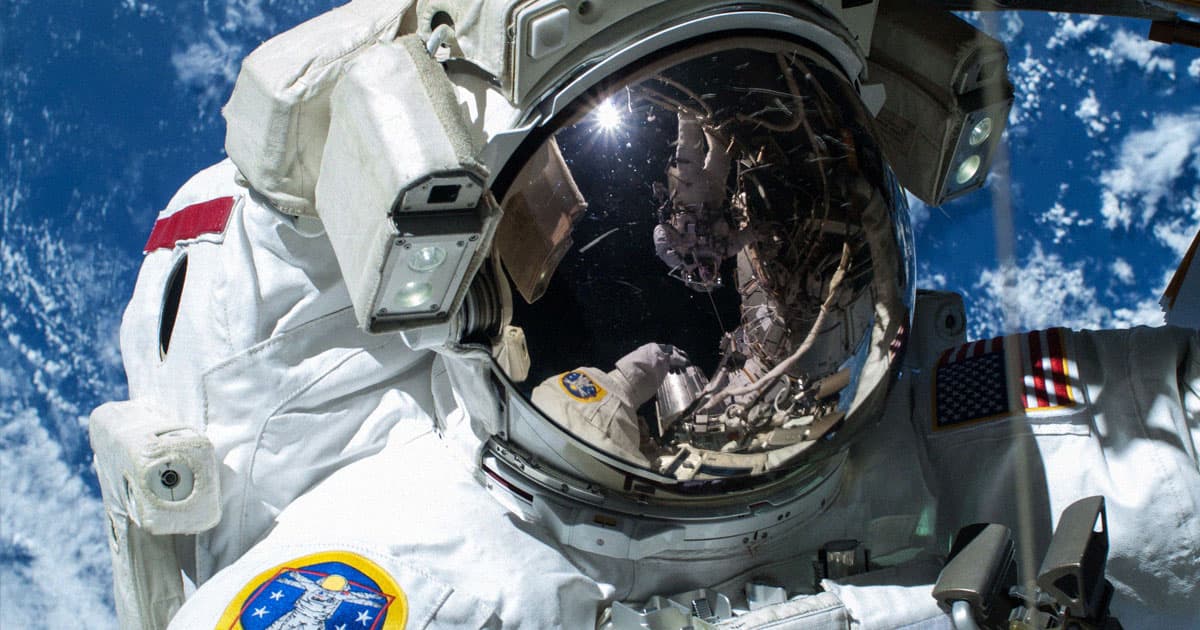 It's easy to imagine a spacewalk being trippy or even jaw-droppingly frightening, but for one American astronaut it was nothing short of religious.

In an interview with Kingsport, Tennessee's Times-News paper, astronaut Barry "Butch" Wilmore described a spiritual experience he felt while fixing an issue on the outside of the International Space Station during his third trip up in 2014.

Wilmore was with a fellow astronaut on the exterior of the space station when he rounded a corner and encountered a huge, reflective, out-of-use radiator that he hadn't expected. He had just been doing his job when he was quite literally faced with himself — and the whole of space.

"I came around the corner and boom, there I was," the astronaut told the newspaper. "I could see myself from head to toe in this mirror. That’s the first time I had ever seen me in a space suit. You don’t have mirrors that you look at. I had seen video of me. To actually look and see that it was me was kind of striking."

He lifted his gold visor and peered into his own face in space for the very first time. Then he looked back over his shoulder at the station.

"It’s sensory overload, it’s mesmerizing, it’s amazing," he continued. "I look back at that guy in that reflection in that radiator and my thought was, ‘How did you get here?’"

As the Times-News notes, Wilmore is a devout Christian, and he told the paper that he felt his awe become a feeling of what sounds like religious transcendence.

"I was there because the Lord in His planning purposes allowed me to be there and gave me that desire in my heart," Wilmore described. "That’s why I was there."

Regardless of one's personal beliefs, the concept of feeling such purpose and of seeing themselves so clearly is one to be envied — especially in the rarefied environment of a spacewalk.