Will Archeologists Learn Anything Useful In New Space Station "Dig"? 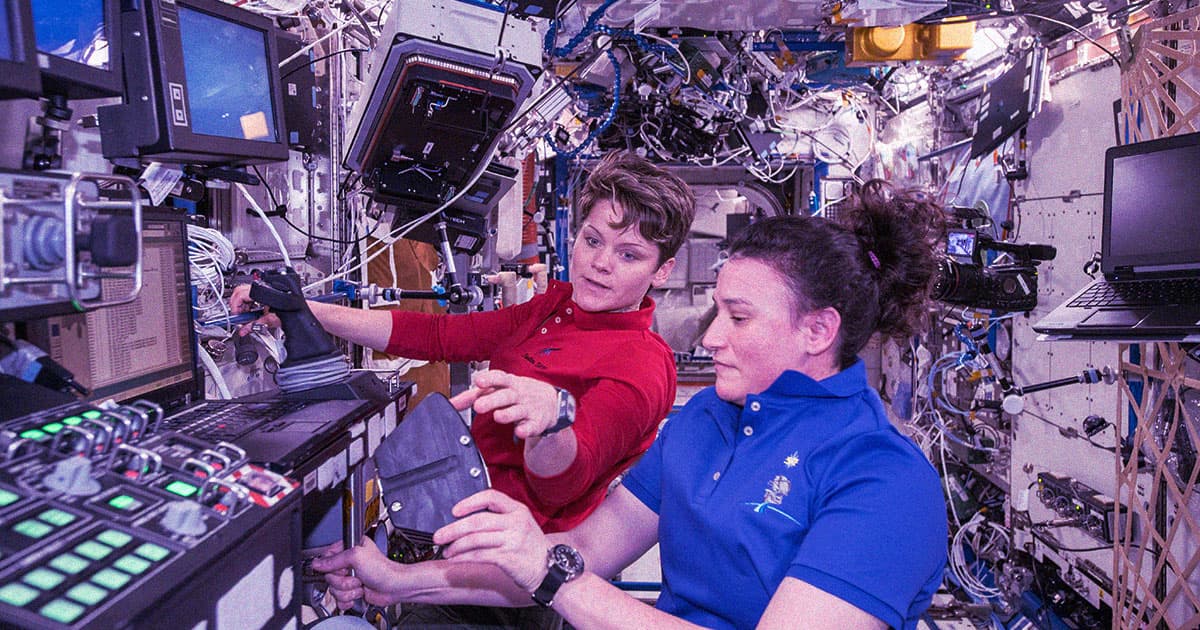 We just want to know if they'll find anything useful up there.

"Most folks working on long-duration human spaceflight are trying to solve technical, engineering, or medical issues," the researchers tweeted about the project's goals last year. "What they usually don't realize is every one of those problems has social and cultural dimensions — and if they ignore those, their solutions will be sub-optimal."

Last week, the International Space Station Archaeological Project (ISSAP) posted a thread on Twitter showing the areas of the ISS they'll be studying over the next 60 days. Each day, different sections of the station will be photographed so Walsh and Gorman can study the kinds of objects that move in and out of the areas over time, which they say should give them clues about culture and life in space for astronauts using the station.

It's interesting to know which tools astronauts are using and how they move around the space station over time. But will that really provide a ton of insight into how the various cultures, hierarchies and teams interact on board the ISS? And since the astronauts will know they're being observed, won't that change the outcome?

We're not the only skeptics.

"I am incredibly confused why this is an archeological 'dig' rather than an anthropological study," one reader questioned the researchers via Twitter this week.

"Because we're examining material culture, which is the traditional domain of archaeology," the ISSAP replied.

Most definitions of archeology list it as both a branch of anthropology and a study of material remains, so we can see where the team is coming from. But archeological digs typically happen in places where residents are long gone, whereas the ISS and many of its people, consistently crewing the ISS since 2000, are very much still alive.

Given Gorman's long history of studying "space junk" and debris for culturally significant history, we have faith the team will still come up with interesting conclusions, but the overarching goal seems a little... expansive.

"How does material culture reflect gender, race, class, and hierarchy on the ISS?" the project's website asks.

We'd love to be proven wrong, though, and if photos of the ISS help us better understand elements of human culture and space exploration then we'll be all in.

More on space junk: A Huge Black Diamond From Space Is Officially Going on Sale

Read This Next
Monkey Business
China Plans to Send Monkeys to Space Station to Have Sex With Each Other
Overview Effect
William Shatner Says His Space Trip Left Him With a Feeling of Terrible Grief
Don't let the door hit you
Elon Musk Lobs Casual Space Station Burn at Moscow
Buh Bye
Russia Says It's Definitely Quitting the ISS But Doesn't Say When Exactly
Don't Let the Door Hit You
Russian Space Chief Leaving Post, May Be Headed to War Zone
More on Off World
Exoplanet Dance
Yesterday on the byte
Scientist Releases Amazing Video of Exoplanets Orbiting Distant Star
Space Junk News
Yesterday on the byte
Two Large Chunks of Space Debris Just Almost Collided in an Epic Disaster
Mars Drop
Yesterday on the byte
NASA's Mars Rover Perseverance Just Dropped Off Its Last Sample
READ MORE STORIES ABOUT / Off World
Keep up.
Subscribe to our daily newsletter to keep in touch with the subjects shaping our future.
+Social+Newsletter
TopicsAbout UsContact Us
Copyright ©, Camden Media Inc All Rights Reserved. See our User Agreement, Privacy Policy and Data Use Policy. The material on this site may not be reproduced, distributed, transmitted, cached or otherwise used, except with prior written permission of Futurism. Articles may contain affiliate links which enable us to share in the revenue of any purchases made.
Fonts by Typekit and Monotype.