The world’s most valuable brand showcased its ability to appeal to most of its customers. 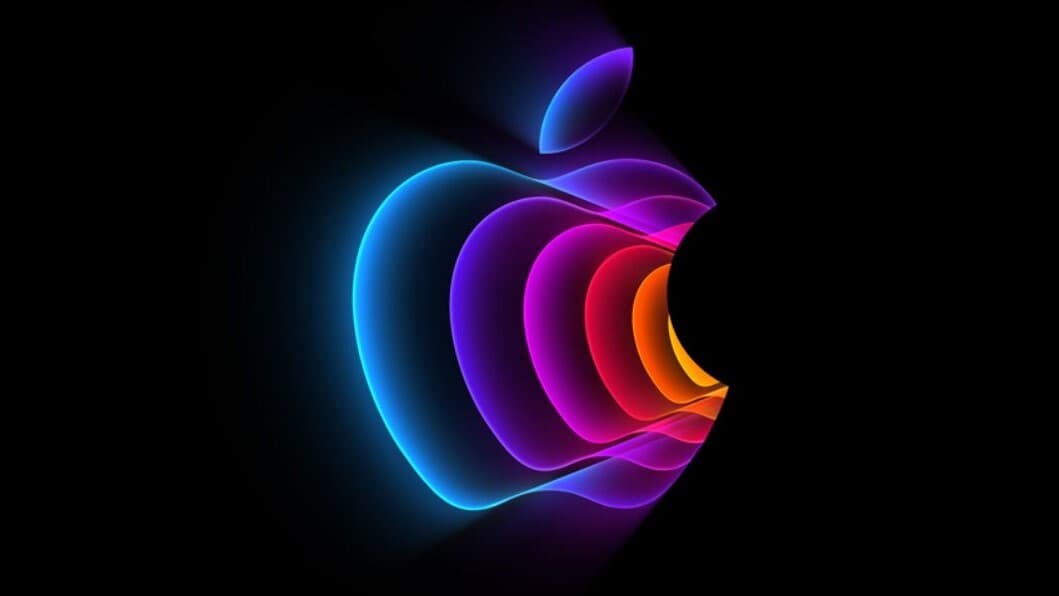 Apple showed off updates to its cheapest iPhone and mid-range iPad before unveiling its most powerful Mac ever and first display in 10 years at the company’s “Peek Performance” event today. Like all of Apple events since 2020, the pre-recorded presentation was streamed live on the company’s website and on YouTube.

The company kicked off its presentation with an update on Apple TV+, its paid video streaming service, which faces increasing competition from the likes of Netflix, Hulu, Paramount+, Peacock, HBO Max, and more. Apple plans to differentiate the $7.99 per month service with a new partnership with Major League Baseball.

Apple TV+ subscribers will be able to stream the two MLB games played every Friday night regardless of where they live. The MLB has traditionally placed restrictions on which games can be watched based on your region, which required fans to subscribe to its MLB.TV service for $129.99 per season.

The iPhone SE Gets an Upgrade

The rest of Apple’s presentation focused completely on its hardware, starting with an update to its iPhone SE. The SE is Apple’s entry-level iPhone, which retains the same 4.7-inch display and TouchID fingerprint reader as the iPhone 6, a phone released in 2014. The years-old design doesn’t look dated, and makes the SE a great choice for folks who want a faster phone that works the same as their older model.

The new iPhone SE may look the same, but its internal features are all new. It features the same A15 Bionic chip found in Apple’s iPhone 13, which means it offers an identical level of performance and most of the same features as the company’s higher-end smartphone. This includes support for 5G and better computational photography, which is the ability of a processor to make micro-adjustments to ensure you get a better picture.

Apple says the iPhone SE’s processor is twice as fast as the one found in the iPhone 8, and offers over twice the graphics processing power than that phone. The iPhone 8 is four years old, but Apple is making these comparisons because it has the same design as the new iPhone SE.

The new iPhone SE will be available for preorder on Friday, March 11, and begin shipping on March 18. It starts at $429 for a model with 64GB of storage. That price is impressive given its level of performance, especially when you consider the entry-level iPhone 13 costs $699.

The Next Generation of iPads Are 60 Percent Faster

Apple also unveiled its next-generation iPad Air. The company’s mid-range tablet retains the same flat-edged design as its predecessor, with a bump in performance. This generation of iPad Air features the M1 processor, which is present in the latest-generation MacBook Air, 13-inch MacBook Pro, 24-inch iMac, and iPad Pro.

Apple says the M1 is 60 percent faster than the processor found in the previous-generation iPad Air, and offers twice the graphics performance. This improvement in processor performance is paired with three other notable hardware upgrades: a 12-megapixel camera with support for Center Stage, 5G support, and a USB-C port that can transfer data twice as quickly. Center Stage is a feature that allows the camera to intelligently zoom and pan to keep you in frame as you move around, or more people enter the camera’s view. These may not be flashy upgrades, but the few improvements Apple made — especially the move to an M1 processor — should allow the iPad Air to feel fast for several years. If you’re looking for a tablet for general tasks like surfacing the web, online shopping, and video calling friends and family, the iPad Air is perfectly suited for your needs.

Despite these changes, Apple has managed to keep the iPad Air’s starting price at $599. You can preorder the new tablet on Friday, March 11 and the company will begin shipping them on March 18. If you'd prefer an earlier model, here are the best iPads.

The first half of Apple’s “Peek Performance” was focused around providing better value for the average customer, but the event took an abrupt turn when the company announced its M1 Ultra processor. This is the latest version of the M1, the first Apple-designed processor that made its way into a Mac in November of 2020. Since the launch of the M1, Apple has released computers with the M1 Pro and M1 Max, processors with more power but the same foundation as the M1.

What makes the M1 series of processors so impressive is their balance of performance and power efficiency. Apple designed these chips with its latest Macs in mind, which allowed it to fine-tune this component to fit perfectly in its machines. In just a year and a half, Apple has managed to create a processor that’s four times as powerful as the M1.

It pulled this off by creating a way to combine two M1 Max chips together using a custom process it calls Ultra Fusion. By connecting the two processors together using a component called the Silicon Interposer, the two processors are effectively fused together. Other companies have used a similar approach, but never designed a system like Ultra Fusion, which means they were less efficient at moving data from one processor to the other during heavy loads. Apple says software will see the M1 Ultra as a single processor rather than a pair of M1 Max processors running in parallel, so there won’t be any performance loss.

Apple explained that the M1 Ultra was necessary to create the Mac Studio, an all-new desktop computer. This is the first time Apple has introduced an entirely new Mac to its lineup since the MacBook Air was released in 2008. The Mac Studio takes its design cues from both the Mac Mini and Mac Pro.

The computer is a 7.7-inch square that’s 3.7-inches tall. Apple explained that it managed to ventilate a computer with this level of performance by designing a two-fan cooling system that sucks air through holes in the top of the machine, routing it over the hottest components, and sending it through holes in the bottom of the case. This porous design is similar to the one Apple developed for Mac Pro, and serves the same purpose.

Apple is offering two configurations of the Mac Studio: One outfitted with an M1 Max, the other with an M1 Ultra. Both models feature four Thunderbolt 4 ports, a 10 Gigabit Ethernet port, two USB-A ports, an HDMI port, and a “pro audio jack” that allows you to use headphones that would typically require an external amplifier to power. All versions of the Mac Studio support Bluetooth 5 and WiFi 6, the latest versions of these wireless standards that allow you to connect the machine to wireless accessories and the internet respectively.

The M1 Max and M1 Ultra are both very capable machines, but the more powerful model has some notable improvements. A Mac Studio equipped with the M1 Ultra can be configured with up to 128GB of memory and 8TB of storage, while the M1 Max taps out at 64GB and 4TB respectively. The higher-end Mac Studio has two Thunderbolt 4 ports on the front of the machine, while the M1 Max model has USB-C ports instead. Thunderbolt 4 ports allow you to transfer data up to four times faster than USB-C ports. Both models have an SD card reader in front.

Although it doesn’t have the word “pro” in its name, the Mac Studio was designed for professionals working with high-resolution video, audio, and images, app developers creating massive games, or anyone else who uses resource-heavy programs all the time. This is not a computer meant for the casual user, who wouldn’t take advantage of the Mac Studio’s power. That’s part of the reason the machine starts at $1,999 for a model configured with the M1 Max, and $3,999 for a version with the M1 Ultra. To be clear: Our Mac recommendation for most people is the $999 MacBook Air with an M1 processor; this machine is for professionals. Get started with the best video editing software for Mac.

Apple finished its presentation by announcing an external monitor called the Studio Display, which was designed to be used with the Mac Studio or MacBook Pro. The 27-inch monitor has a resolution of 5120 x 2880 (aka 5K), and features support for 1 billion colors, the P3 color gamut, and True Tone. These specs allow you to see ultra-fine details in your photos and videos, as well as incredibly accurate colors.

These types of features are necessary for professional image and video editors who need to see the highest-quality version of their resources, but can be appreciated by anyone. All users will also appreciate the three USB-C ports on the back of the machine, which allows you to plug accessories into the display instead of your computer. These accessories are all accessible to your computer thanks to the Studio Display’s Thunderbolt 4 port, which has enough bandwidth (data transfer capacity) to work in this way.

Apple touted the Studio Display’s new 12 megapixel ultra-wide camera, which brings Center Stage to the Mac for the first time. This is the best webcam Apple has built into any of its hardware by a long shot, and will be a welcome upgrade for any Mac user. Finally, the Studio Display is outfitted with a six-speaker audio system that features four-force canceling woofers and a pair of tweeters. Apple says this audio system can produce clear bass without overpowering midrange and treble frequencies.

With a base price $1,599, the Studio Display is aimed squarely at the professional market who need a Mac Studio or MacBook Pro. It costs a lot more than a typical high resolution monitor (it should be said that Apple and LG are the only companies producing 5K displays), but the Studio Display is far less expensive than Apple’s Pro Display XDR, which costs $5,000. The Studio Display comes with a stand, which is a $1,000 add-on to the XDR.

The final configuration option Apple offers with the Studio Display is a $300 upgrade from a standard glass display to a less-reflective nano-texture glass. If you work in a room with a lot of sunlight, the nano-texture upgrade is worth it, as you won’t have to reposition your monitor throughout the day to avoid glare. In most other circumstances, this won’t make much of a difference.

Made with More Sustainable Materials

Apple abstained from using materials like mercury, PVC, beryllium, and BFR in its latest gear, and reiterated its commitment to making 100 percent carbon neutral products by 2030. Apple has been consistent about its messaging on its desire to make products as sustainable as possible, and continues to improve its manufacturing practices over time.

A Strong Start to Apple's Year

Apple’s product announcements at the “Peek Performance” event managed to address its budget-conscious, mainstream, and professional users in a keynote that lasted just under one hour. It set the company’s tone for 2022: focused, direct, prepared. More hardware and software updates will be unveiled and released by the end of this year, but Apple has started on a very strong foot. Let’s see if the company can continue this momentum.