Report: America Has a Social Credit System Much Like China's

But it was built by Silicon Valley and not by the government. 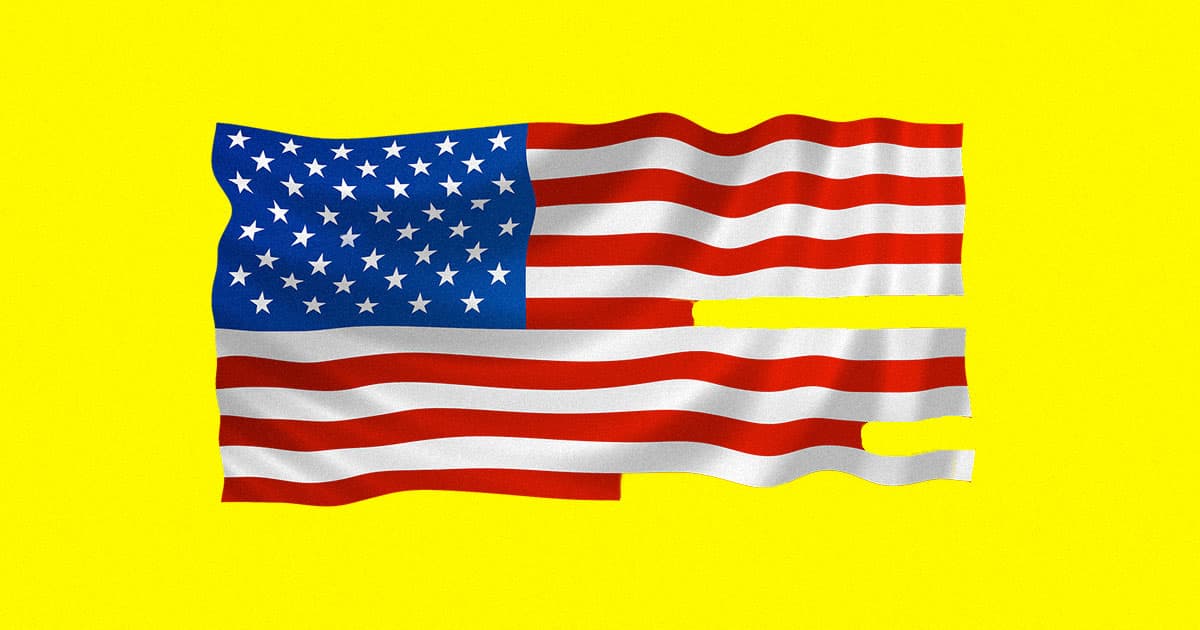 In China, a three-digit number between 350 and 950 can determine whether a person's loan application is approved, whether they can travel outside the nation's borders, and even whether they're able to land a date for Friday night.

That number is their social credit score, and they earn it through a system China began implementing in 2014.

Under the social credit system, if a Chinese citizen does something authorities deem "good" — paying bills on time, for example, or donating blood regularly — their score might increase. Conversely, if they do something "bad," such as criticize the government or walk their dog without a leash, their score might drop.

Many Americans might find the power of China's social credit system astonishing. But a newly published Fast Company story argues that people in the U.S. are already beholden to a similar system — it's just established and enforced by private companies instead of the government.

The magazine provides several examples to bolster the claim.

Life insurance companies can now base a person's premiums on the content of their social media feeds, for example. Meanwhile, a company called PatronScan maintains a list of "objectionable customers" that bars and restaurants can use to exclude certain visitors.

And that's nothing compared to larger platforms. Airbnb now has more than 6 million listings, so a ban from that app can dramatically impact a person's ability to find accommodations. And Airbnb can ban anyone it wants to — it doesn't even need to give them a reason.

Uber can also ban users, stifling their ability to travel, while a ban by WhatsApp or a similar service can negatively impact someone's ability to communicate with the rest of the world.

According to Fast Company, the "most disturbing" aspect of the U.S.'s social credit system is that these punishments are all levied outside the official justice system.

"[I]t’s an alternative legal system where the accused have fewer rights," the outlet wrote, later adding that if "current trends hold, it’s possible that in the future a majority of misdemeanors and even some felonies will be punished not by Washington, D.C., but by Silicon Valley."

Read This Next
Heating Up
Employees at TikTok Apparently Have a Secret Button That Can Make Anything Go Viral
Bot Rush
An Overwhelming Number of Porn Bot Accounts "Drowned Out" Chinese Protest Content on Twitter
Please Don't
TikTok Caught Planning to Spy on the Locations of Specific American Citizens
Power Struggle
Former Google CEO Issues Dire Warning About China
Dealbreaker
Shocker: Elon Musk's Twitter Deal May Already Be Falling Apart
More on Future Society
Primate Theft
Yesterday on the byte
It Was a Very Bad Weekend for Monkeys Being Stolen From Zoos, Apparently
Ring The Alarm
Yesterday on the byte
Whistleblower Claims Facebook Can Secretly Drain Your Phone's Battery on Purpose
I Silence Thee
Jan 28 on futurism
Leaked Messages Seem to Show Elon Musk Using Twitter to Punish His Enemies
READ MORE STORIES ABOUT / Future Society
Keep up.
Subscribe to our daily newsletter to keep in touch with the subjects shaping our future.
+Social+Newsletter
TopicsAbout UsContact Us
Copyright ©, Camden Media Inc All Rights Reserved. See our User Agreement, Privacy Policy and Data Use Policy. The material on this site may not be reproduced, distributed, transmitted, cached or otherwise used, except with prior written permission of Futurism. Articles may contain affiliate links which enable us to share in the revenue of any purchases made.
Fonts by Typekit and Monotype.