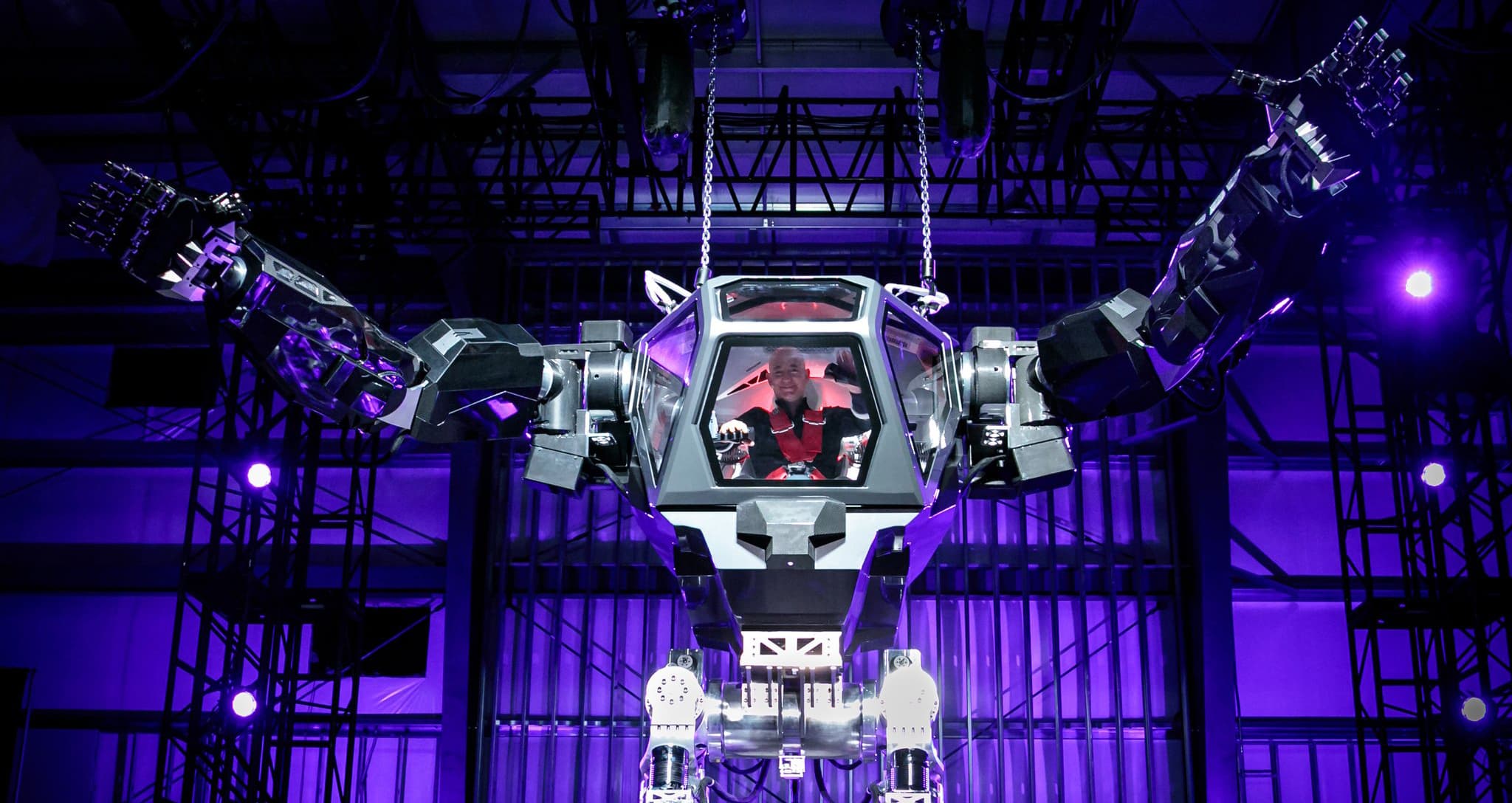 One of the world's billionaires now has built and tested his own gigantic robot suit. No, I'm not talking about the infamous antagonist of the superman series, Lex Luthor. Instead, it's the well-known CEO of Amazon, founder of BlueOrigin, and owner of the WashingtonPost, Jeff Bezos, who, now that you mention it, might not look too different from Lex Luthor or even Jeff Bridges' character from Iron Man.

Amazon hosted its invitation-only Machine-Learning, Automation, and Space Exploration (MARS2017) conference this week. This is where Bezos introduced the Method 2. The company CEO gladly stretched his arms wide while sitting the robust machine, having the suit mimic his movements and display its physical prowess to the audience of the highly coveted conference. While other reports are alarmed by Bezo's acquisition of the robot, his genuinely excited smile assured many of his continued interest in investing in new, beneficial technology.

The 4-meter-tall (13-foot-tall) robot suit, weighing in at 1.5 tons, was created by the South Korean technology firm, Hankook Mirae Technology, that claims the "robot is the world's first manned bipedal robot and is built to work in extreme hazardous areas where humans cannot go (unprotected)." The comments come from Mirae company chairman, Yang Jin-Ho, who might have to jump a few more hurdles before The Method 2 is fully completed. Reports suggest that the $8.3 million robot might not be able to walk yet, let alone take on demilitarized war zones between North and South Korea.

Pushing aside the technological specifics, if you think the suit looks familiar, that's because it is. The suit itself was designed by Vitaly Bulgarov, someone recognized for his work on transformers, terminator, robo-cop, and even Boston Dynamics' bipedal robots.

Currently, there are claims that the suits will help clean up and restore Fukushima in response to the 2011 nuclear energy accident. Moreover, others are keen to militarize the concept if the model proves successful and versatile.

Hopefully, they are looking for more test pilots, because it does look like fun.

Read This Next
From the Dept. of Things to Buy
Get the Echo Show 5 at Half-Price During Labor Day Deals on Amazon Hardware
From the Dept. of Buying Things
How to Stream “Lord of the Rings: The Rings of Power” on Amazon
FROM THE DEPT. OF THINGS TO BUY
The Best Prime Day 2022 Generator Deals
FROM THE DEPT. OF THINGS TO BUY
Save $500 on a Schwinn E-Bike and More Electric Vehicles on Prime Day
FROM THE DEPT. OF THINGS TO BUY
Apple Watch Series 7 Prime Day 2022 Deal
More on Robots & Machines
From the Dept. of...
Yesterday on futurism
The Best Mini Fridges of 2023
Blow Up Doll
Monday on the byte
Ukraine Accuses Russia of Using Inflatable "Dummy Tanks," Which Deflated
From the Dept. of...
Monday on futurism
The Best UPS Battery Backups of 2023
READ MORE STORIES ABOUT / Robots & Machines
Keep up.
Subscribe to our daily newsletter to keep in touch with the subjects shaping our future.
+Social+Newsletter
TopicsAbout UsContact Us
Copyright ©, Camden Media Inc All Rights Reserved. See our User Agreement, Privacy Policy and Data Use Policy. The material on this site may not be reproduced, distributed, transmitted, cached or otherwise used, except with prior written permission of Futurism. Articles may contain affiliate links which enable us to share in the revenue of any purchases made.
Fonts by Typekit and Monotype.