Something is causing this odd phenomenon. 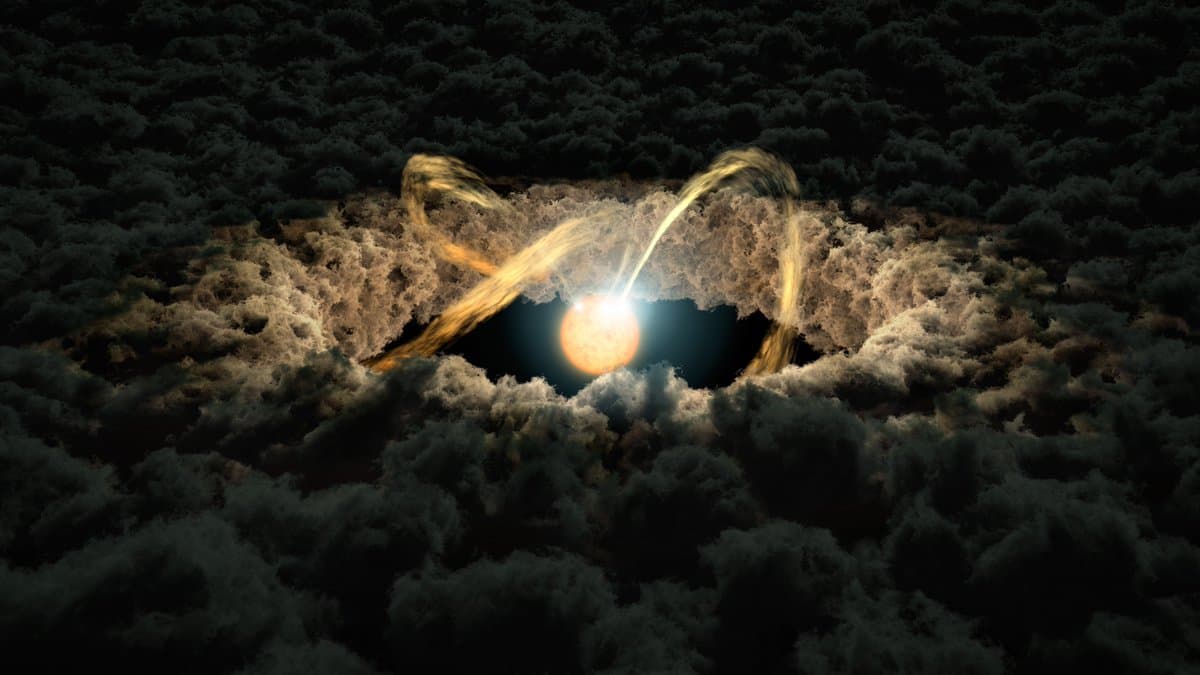 A Series of Excited Tweets

When astronomers turn to Twitter to ask everyone who has access to a big enough telescope to look at the sky, you know something is up. Indeed, something was up this past weekend, as one of the Universe's most mysterious stars reignited some baffling behavior. Tabby's Star, also known as KIC 8462852, once again started the unusual pattern of dimming its lights, a behavior first observed in 2015.

"[W]e are officially on alert and we are asking astronomers on telescopes ... to please take spectra (light measurements) of the star," Wright told CNet. As early as Friday, he already observed that Tabby's Star had dimmed by three percent in just a couple of days.

Discovered in 2009, KIC 8462852 came to be known as Tabby's Star because a team of astronomers, led by Tabetha Boyajian from Yale University, noticed the unusual way its light dims. It's not uncommon for a stars' light to dim when planets orbiting around it pass in front of it relative to Earth. Tabby's Star, however, didn't follow the usual pattern of such dips in light, suggesting no periodic orbiting of planets or other cosmic bodies.

Naturally, such a phenomenon tugged on the curiosity of astronomers, and a number of possible explanations have been suggested. The most common, and perhaps popular among these — you guessed it — is that something alien is the cause. One astronomer thinks that a Dyson Sphere is causing the strange dips, thereby nicknaming Tabby's Star as the "alien megastructure" star.

However, as much as we'd (maybe) love to find aliens at the root of this strange obvservation, other astronomers have found, and are developing, other explanations. "Aliens should always be the very last hypothesis you consider," Wright told The Atlantic back then. Though, it doesn't hurt to be on the lookout.

Some think that comet swarms, debris from a devoured planet, or possibly even space dust floating around the star are causing the unusual light emissions. Still, others suggest that it could all just be flawed data, which is why nothing conclusive has been said yet about Tabby's Star. Simply, there wasn't enough data from two years ago to say anything definitively.

"We were kind of stuck in a spot where we couldn't do anything," Boyajian told The Verge. "We had all the data we could, and to learn anything more, we needed to catch it in action again."

Now, there is now a lot more data to use, but it would take time for researchers to fully consider what the information could tell us about Tabby's Star. It's also possible that the new data won't result in anything definitive, but it's worth a shot. Some data is better than no data at all. At the very least, it'll help us to better understand curiosities in the cosmos like KIC 8462852.

Read This Next
Futurism
New Data Finally Reveals That, No, There Is No Alien Megastructure
Futurism
There's a New Possible Explanation for the Weird Light Behavior of the 'Alien Megastructure' Star
Futurism
More Research Into the 'Alien Megastructure' Star Fails to Offer Answers
Futurism
No Signs of Aliens Yet, But This Mysterious Star Continues to Baffle Astronomers
Futurism
Rumors of 'Alien Megastructures' Around Tabby’s Star May Be Nothing But Flawed Data
More on Off World
TTFN
Yesterday on the byte
Skkrt! NASA's Orion Heads Back to Earth, Leaves Moon in the Dust
Icy Comet Eruption
Yesterday on the byte
Astronomers Spot Volcano Erupting on a Distant Comet
RUD-dy
Yesterday on the byte
SpaceX Rocket Engine Explodes In a Green Blast
READ MORE STORIES ABOUT / Off World
Keep up.
Subscribe to our daily newsletter to keep in touch with the subjects shaping our future.
+Social+Newsletter
TopicsAbout UsContact Us
Copyright ©, Camden Media Inc All Rights Reserved. See our User Agreement, Privacy Policy and Data Use Policy. The material on this site may not be reproduced, distributed, transmitted, cached or otherwise used, except with prior written permission of Futurism. Articles may contain affiliate links which enable us to share in the revenue of any purchases made.
Fonts by Typekit and Monotype.