The first two facilities are set to open in January 2018. 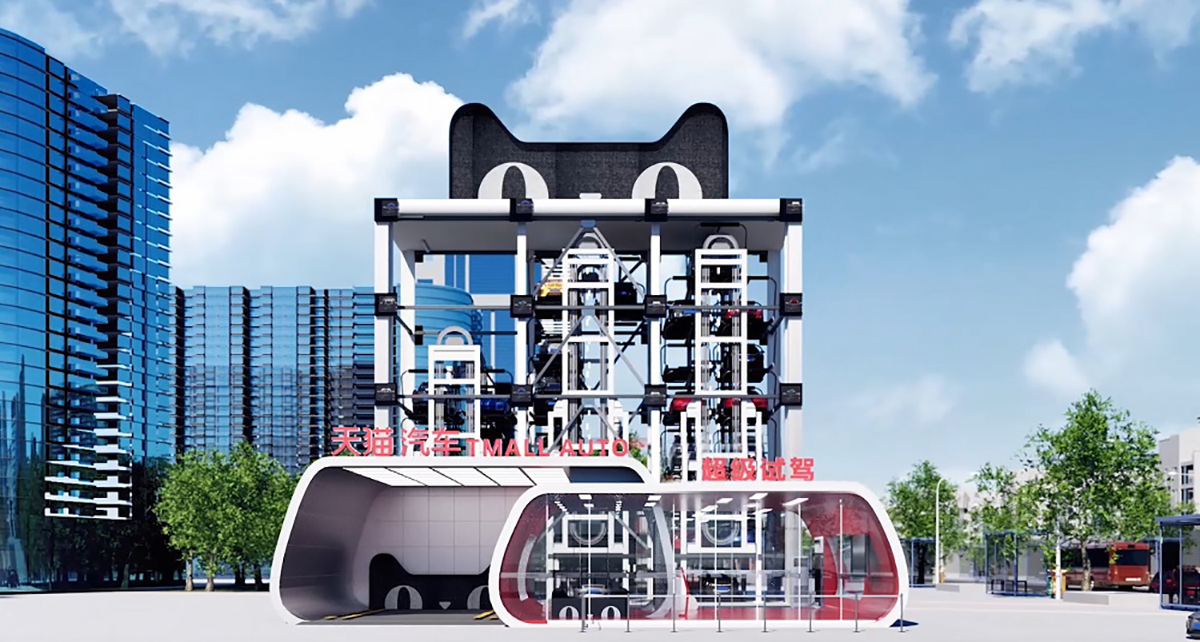 Retail giant Alibaba has inked a deal to market electric vehicles built by Ford in China. The company plans to use a massive vending machine in order to facilitate sales.

Customers will scan a car that they're interested in using the Taobao shopping app developed by Alibaba. They can then pick a color, enter some basic information and take an all-important selfie.

Said selfie will be used to identify the individual when they head over to the unmanned vending machine. Facial recognition technology is used to match the person with their order, and the corresponding vehicle is taken out of storage.

At this point, they have three days to test the vehicle in order to determine whether they want to make a purchase. When they've made up their mind, they can take to the smartphone app to pay for it, or to arrange to return the car and schedule another test drive.

Customers are limited to five test periods every two months to ensure the system isn't used as a free car hire service. Moreover, they need to qualify as an Alibaba Super Member, and have reached a certain level on the company's credit scoring service.

Alibaba and the Future of Retail

This isn't the first time that we've seen an automated car dealership, and it's not the first time that Alibaba has sold vehicles. However, the heft of this particular retailer means that it could feasibly roll out these vending machines on a large scale – and it certainly seems eager to do so.

Alibaba plans to open two facilities in January 2018; one will be situated in Shanghai, while the other is set for Nanjing. Assuming they are a success, the company hopes to introduce dozens more across China over the course of next year.

Read This Next
LIDARally
Volvo's New Electric Car Won't Drive if It Detects That You're Drunk
Charged Up
Startup Says Amazing New Battery Lets EVs Drive 400 Miles, Recharge in 15 Minutes
No Hands
Elon Musk Admits That Tesla's Full Self-Driving Is "Not Great"
Battle of the Giants
Elon Musk Congratulates Ford on Electric F-150
Range Serenity
Ford's Electric F-150 Is Poised to Change the Entire EV Market
More on Advanced Transport
High Tide
Jan 27 on the byte
We’re in Awe of Amsterdam’s Huge Underwater Bike Parking Garage
Quelle Surprise!
Jan 26 on the byte
Of Course Elon Musk Is Pushing The Cybertruck Back Again, What Did You Expect?
Stay Away
Jan 25 on the byte
New SUV Features Electrified Door Handles and Pepper Spray Guns
READ MORE STORIES ABOUT / Advanced Transport
Keep up.
Subscribe to our daily newsletter to keep in touch with the subjects shaping our future.
+Social+Newsletter
TopicsAbout UsContact Us
Copyright ©, Camden Media Inc All Rights Reserved. See our User Agreement, Privacy Policy and Data Use Policy. The material on this site may not be reproduced, distributed, transmitted, cached or otherwise used, except with prior written permission of Futurism. Articles may contain affiliate links which enable us to share in the revenue of any purchases made.
Fonts by Typekit and Monotype.