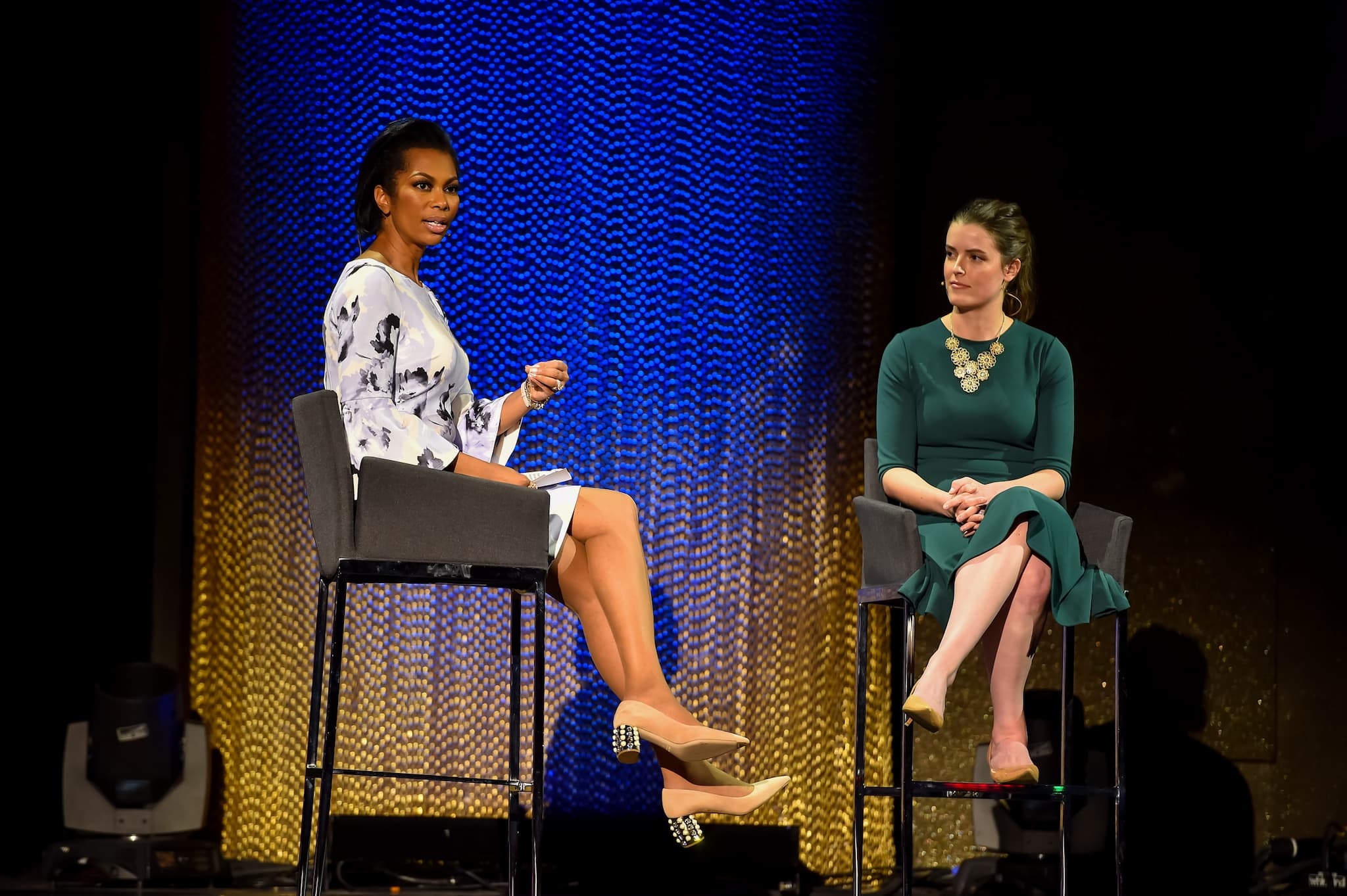 Emily Kennedy was a rather sheltered teenager when she first learned about sex trafficking. She was 16 on a trip to Macedonia, and she couldn't quite understand the desperation with which children were cleaning the car she was in when they had stopped at a stoplight. "My friend said the kids were trafficked by the Russian mob, and if they don’t bring home enough money each day, they will be punished," Kennedy said on stage Friday at the Women in the World event, an annual live journalism event held in New York City.

She kept chewing on the problem studying humanities at Carnegie Mellon University. She thought she might go to law school. But then, as she was working on her senior thesis (Kennedy graduated in 2012), she connected with a few machine learning experts and engineers at the university who had designed technology to solve a number of other complex issues, such as "epidemic detection and food safety," Kennedy tells me.

It was the right recipe for a collaboration that could change how victims of human trafficking were found. "I think my passion pitching this idea coupled with their excitement about the idea... and following up with my persistence to just sometimes bang my head against a wall to try to figure out how can we use these existing software to make something new," Kennedy says. "How can we use online data to fight human trafficking?"

The software is called Traffic Jam. It works by trawling online advertisements for sex, a subset of which are victims of human trafficking. A surprising number of those contain photos, Kennedy notes. Using Amazon Web Services' facial recognition (it worked better than other facial recognition software Kennedy had tried, plus "what's the point of reinventing the wheel?" she says), Traffic Jam can match a suspected victim's photo from a missing person ad or social media, and see if the victim's face appears in any ads (and despite recent legislation that shut down Backpage.com, one of the biggest sites for sex work, Kennedy knows it's only a matter of time until human traffickers find a new place to post their ads). It's critical to do this quickly, because traffickers move victims from city to city to avoid detection and capture.

It's exactly the kind of problem in which technology works best — rapidly rifling through thousands of ads is too much for humans to process, so tech comes in to make sense of it.

And the data, Kennedy notes, is messy. Her company, Marinus Analytics, has been gathering online ads since 2011, which helps detectives analyze characteristic misspellings in the ads to narrow down which posts may include human trafficking victims. And Marinus now has other image processes tools like image similarity search, "where a detective can basically upload a photo of a victim procured in a hotel room and see other photos of victims pictured in the same hotel," Kennedy states. So if traffickers keep coming to the same hotel, or even the same room, the software can point that out.

Since Kennedy started the company in 2014, she's brokered partnerships with law enforcement officials around the country, prosecutors' offices, and a few nonprofits (she's careful with who Marinus partners with, because she realizes the software is powerful and could be abused in the wrong hands). It has an 88 percent success rate; data from Traffic Jam has already led to the rescue of hundreds of victims of human trafficking in the U.S. and Canada.

A secondary effect of Traffic Jam's success? Changing what we know about sex trafficking in the first place. "I think [the statistics] are really important because we have to be clear about how big the problem is. I think we have to be careful about how we quantify things and how we back that up," Kennedy says.

And despite a few attempts to set the record straight, statistics about human trafficking have mostly been way off. "A lot of the statistics that are used commonly by the media are from old studies, studies that even the researchers themselves have said, 'You shouldn't use this statistic because now it's old,'" Kennedy says. Data from her software has debunked the idea that more victims of human trafficking are taken during events like the Super Bowl — "we found that there were other events, some of which had more statistically significant increases in activity than the Super Bowl," — gatherings such as CES, the Oracle conference, and the Daytona 500, Kennedy says.

Kennedy, now 27, is looking for other ways Traffic Jam can make a difference. The software is now crawling data from 18 countries, she says, and the company will soon expand to the United Kingdom and, soon, beyond. And she and her team are looking into applying it to other types of predictive policing, such as the sale of guns and illegal drugs.

Kennedy received the 2018 Mothers of Invention grant from Toyota, a sponsor of the Women in the World summit.

Read This Next
Health Sale
Remember IBM's Amazing Watson AI? Now It's Desperately Trying to Sell It Off
From Our Partners
How to Stay Focused At Work And Meetings Using AI
From Our Partners
Improve Your Writing With Artificial Intelligence Tool Rytr And Earn $20 In Store Credit
From Our Partners
Harness Artificial Intelligence For Your Copywriting With Writesonic
From Our Partners
Pay What You Want For A Coder's Bookshelf Of Artificial Intelligence And Python Development
More on Sci-Fi Visions
Human v. Giraffe
Tuesday on the byte
Chaotic Italian Fashion Line Baffles Facial Recognition Software
Step One
Tuesday on the byte
World’s Third Richest Person Says He’s Developed "Addiction" to ChatGPT
FROM THE DEPT. OF...
Tuesday on futurism
The Best Places to Buy A Laptop in 2023
READ MORE STORIES ABOUT / Sci-Fi Visions
Keep up.
Subscribe to our daily newsletter to keep in touch with the subjects shaping our future.
+Social+Newsletter
TopicsAbout UsContact Us
Copyright ©, Camden Media Inc All Rights Reserved. See our User Agreement, Privacy Policy and Data Use Policy. The material on this site may not be reproduced, distributed, transmitted, cached or otherwise used, except with prior written permission of Futurism. Articles may contain affiliate links which enable us to share in the revenue of any purchases made.
Fonts by Typekit and Monotype.