A new way to look at the words “computer virus.” 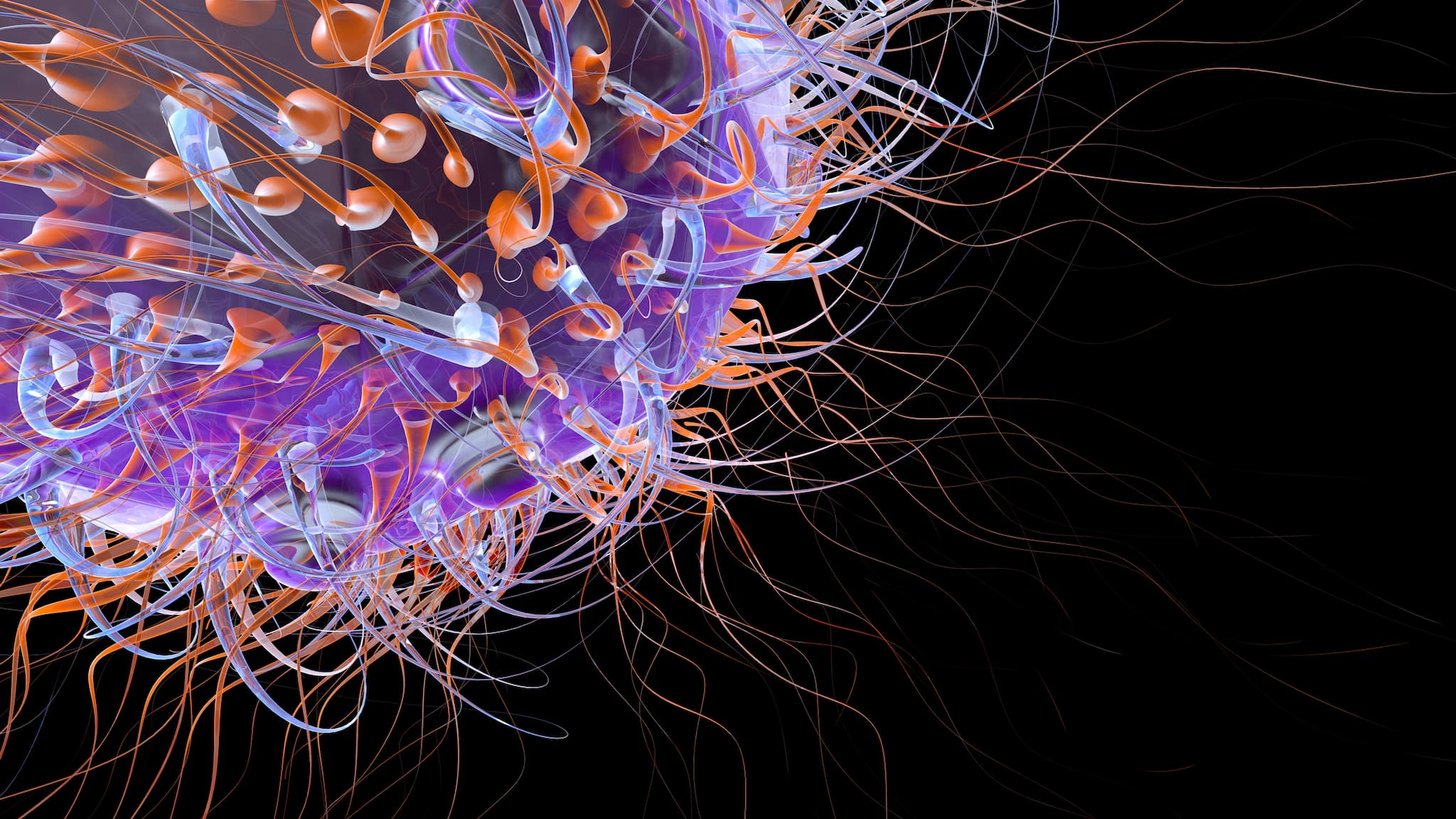 Viruses are all around us, and we currently haven't classified even a fraction of that huge and diverse population. The tiny organisms that can only survive inside a living host can wreak havoc on our bodies, but that's not the only reason researchers are so compelled by them. We now know that viruses could be playing a part in "non viral diseases" such as liver cirrhosis, or even chronic fatigue syndrome and inflammatory bowel disease — but we still don't understand how.

To get there, we need machine learning.

Because viruses can't be grown in the lab, scientists have traditionally looked for new species by sampling various diverse environments (including metro carriages and sewage systems). But picking single microbes out of the dirt is a slow process that makes it difficult for researchers to understand the behavior of fast-evolving viruses.

That's where AI comes in. Machine learning is a form of artificial intelligence used to identify complex patterns — the algorithm gets trained through a pool of data before becoming autonomous, and can be used to scan massive genomic datasets in search of new viruses.

For example, Nature reports, bioinformatician Deyvid Amgarten, who works at the University of São Paulo in Brazil, used machine learning to identify virus genomes hidden in compost piles at the city's zoo. He told Nature he will use his findings to learn how viruses can help break down organic matter and make composting more efficient.

His work was inspired by a tool built by Jie Ren. Ren, a computational biologist at the University of Southern California in Los Angeles, used his algorithm to examine and compare faeces samples from people with liver cirrhosis, and healthy people. His team found some viruses more common in healthy people than in those with cirrhosis, a clue that viruses could be playing a part in the disease.

According to Nature, findings such as Ren's leave scientists wondering if viruses could also influence elusive diseases such as chronic fatigue syndrome and inflammatory bowel disease, which is estimated to affect around three million adults in the U.S. alone. Immunologist Derya Unutmaz, who works at the Jackson Laboratory for Genomic Medicine in Farmington, Connecticut, echoes these speculations, observing that viruses may be the source of inflammatory reactions that could impair our metabolism and immune system.

From identifying the role of viruses in non-viral diseases, to matching viruses with specific families of bacteria to fight drug resistance, artificial intelligence may revolutionize how we navigate the largely uncharted landscape of these tiny microbes that play such a huge part in our lives.

Read This Next
Artificial Baby
Chinese Scientists Create System to Care For Embryos in Artificial Womb
From Our Partners
Enjoy Pre-Black Friday Savings On This Sterilizing Robot That Kills Viruses and Germs
From Our Partners
Save On Learning New Skills With These Pre-Black Friday Doorbusters
From Our Partners
How to Stay Focused At Work And Meetings Using AI
From Our Partners
Improve Your Writing With Artificial Intelligence Tool Rytr And Earn $20 In Store Credit
More on Sci-Fi Visions
What is Happening
Wednesday on the byte
Elon Musk Sets His Twitter Account to Private
From the Dept. of...
Monday on futurism
The Best Humidifiers of 2023
Human v. Giraffe
Jan 24 on the byte
Chaotic Italian Fashion Line Baffles Facial Recognition Software
READ MORE STORIES ABOUT / Sci-Fi Visions
Keep up.
Subscribe to our daily newsletter to keep in touch with the subjects shaping our future.
+Social+Newsletter
TopicsAbout UsContact Us
Copyright ©, Camden Media Inc All Rights Reserved. See our User Agreement, Privacy Policy and Data Use Policy. The material on this site may not be reproduced, distributed, transmitted, cached or otherwise used, except with prior written permission of Futurism. Articles may contain affiliate links which enable us to share in the revenue of any purchases made.
Fonts by Typekit and Monotype.