After 20 Years of Construction, the James Webb Space Telescope Is Finally Complete

The largest-ever space telescope is also our best one yet 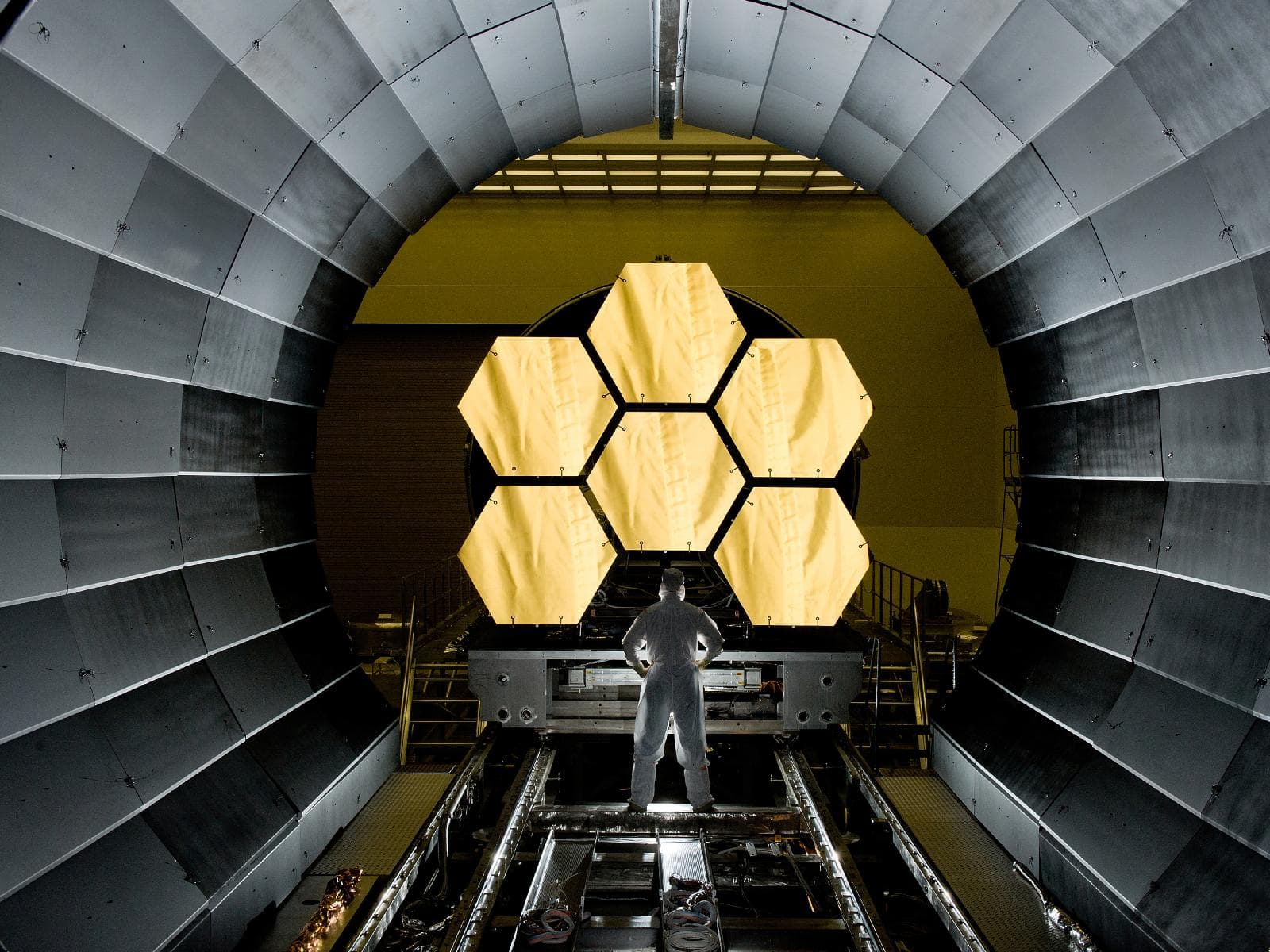 More than 20 years after construction began, the James Webb Space Telescope (JWST) is finally complete and being prepared for a 2018 launch.

"Today, we're celebrating the fact that our telescope is finished, and we're about to prove that it works," astrophysicist John Mather, senior project scientist for the JWST, announced yesterday at a news conference at NASA's Goddard Space Flight Center in Maryland. "We've done two decades of innovation and hard work, and this is the result — we're opening up a whole new territory of astronomy."

This news is most welcome, especially since the JWST has faced several setbacks in the past, delaying it from an initial launch date of 2014.

The telescope is currently being tested in Goddard for rocket launch viability, after which it will move to Texas for some focus tests before moving on to California for a final assembly. Extra care must be taken during this last step as the telescope cannot be repaired by humans once launched. Once in space, the JWST will rest at the Lagrange Point 2, a spot directly behind Earth from the Sun's perspective, for at least five years while researchers make observations.

In with the New

Dubbed the successor to the Hubble Space Telescope, the JWST is expected to revolutionize our understanding of the universe. With a payload of more powerful lenses and mirrors, imagine what the JWST would allow us to do.

Aside from having a view 100 times larger than Hubble's, the JWST's infrared light collectors allow it to see the universe in a way the Hubble couldn't. Its 18 hexagonal mirrors will help us piece together the greatest puzzles of space. One of its first missions, for example, is to figure out the location of Planet Nine (if it actually exists). The JWST can even look back at 13.5 billion years of space history.

We should definitely be excited for this space telescope, a project made possible through the combined efforts of NASA, the European Space Agency (ESA), and the Canadian Space Agency (CSA).

Read This Next
Psychological Warfare
Experts Excoriate NASA Report Claiming James Webb Wasn't Homophobic
Origins Machines
The JWST's Data Is So Incredible That Even Those Who Built It Are Questioning Previous Science
Accuracy Wall
Harvard and MIT Scientists Warn That James Webb Data May Not Be What It Seems
Outing Life
Swiss Government Scientist Says We May Be on the Brink of Discovering Alien Life
Tada!
NASA Officially Unveils First Set of Dazzling James Webb Images
More on Off World
Water Sign
3:35 PM on the byte
Scientists Find New Evidence of Hidden Ocean World in Our Solar System
Trashing Orbit
Yesterday on the byte
Elon Musk Says SpaceX May Build Starship That Dies on Purpose
Cat and Mouse
Yesterday on the byte
SpaceX to Launch "Hunter" Satellites for Targeting Rival Spacecraft
READ MORE STORIES ABOUT / Off World
Keep up.
Subscribe to our daily newsletter to keep in touch with the subjects shaping our future.
+Social+Newsletter
TopicsAbout UsContact Us
Copyright ©, Camden Media Inc All Rights Reserved. See our User Agreement, Privacy Policy and Data Use Policy. The material on this site may not be reproduced, distributed, transmitted, cached or otherwise used, except with prior written permission of Futurism. Articles may contain affiliate links which enable us to share in the revenue of any purchases made.
Fonts by Typekit and Monotype.