A Quarter Of The World’s Power Now Comes From Renewables

The Rise of Renewables

The days of fossil fuels may finally be numbered. A new report states that renewable energy now accounts for a quarter of the world’s power. REN21 published a global status report for renewables, highlighting that renewable energy was already supplying about 23.7% of global electricity by the end of 2015.

The United Nations included affordable and clean energy as one of the Sustainable Development goals by 2030. The good news is that the world may not have to wait until then. With better access to financing, dedicated policy initiatives by governments, and rapid improvements in a variety renewable technologies, we may hit our goal early.

And the industry shows no signs of slowing. International investment in renewable energy reached $286 billion last year—solar power alone accounted for the largest channel for investments at $161 billion, more than 56% of total new investment in renewable power and fuels. On the hiring front, the number of jobs in the sector rose to about 8.1 million. 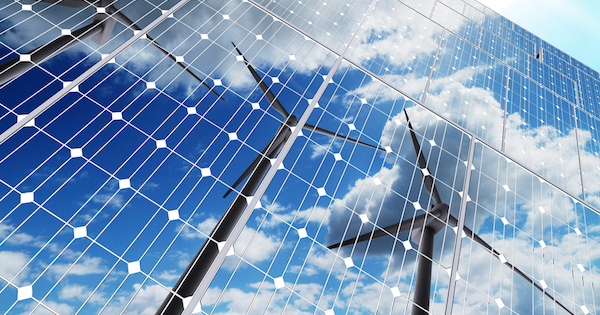 Improvements in technology were also key in the steady rise of renewable energy. Tesla, for example, started shipping its Powerwall lithium-ion home batteries in 2015, with plans to produce a commercial-grade battery called the Powerpack for businesses to be able to store up to 100 kilowatt hours of power.

The report said the private sector delivered in their commitments to renewable energy, with banks and other financial institutions opening up their coffers to investments in the renewable energy sector. More than half of all countries in the world also had some type of renewable energy policy in place by 2015.

The report called for a phase-out of fossil fuel subsidies as they distort the true costs of energy and encourage wasteful spending and increased emissions. We still have a long way to go before we completely shed our dependence on fossil fuels, but the world seems to be turning a corner.