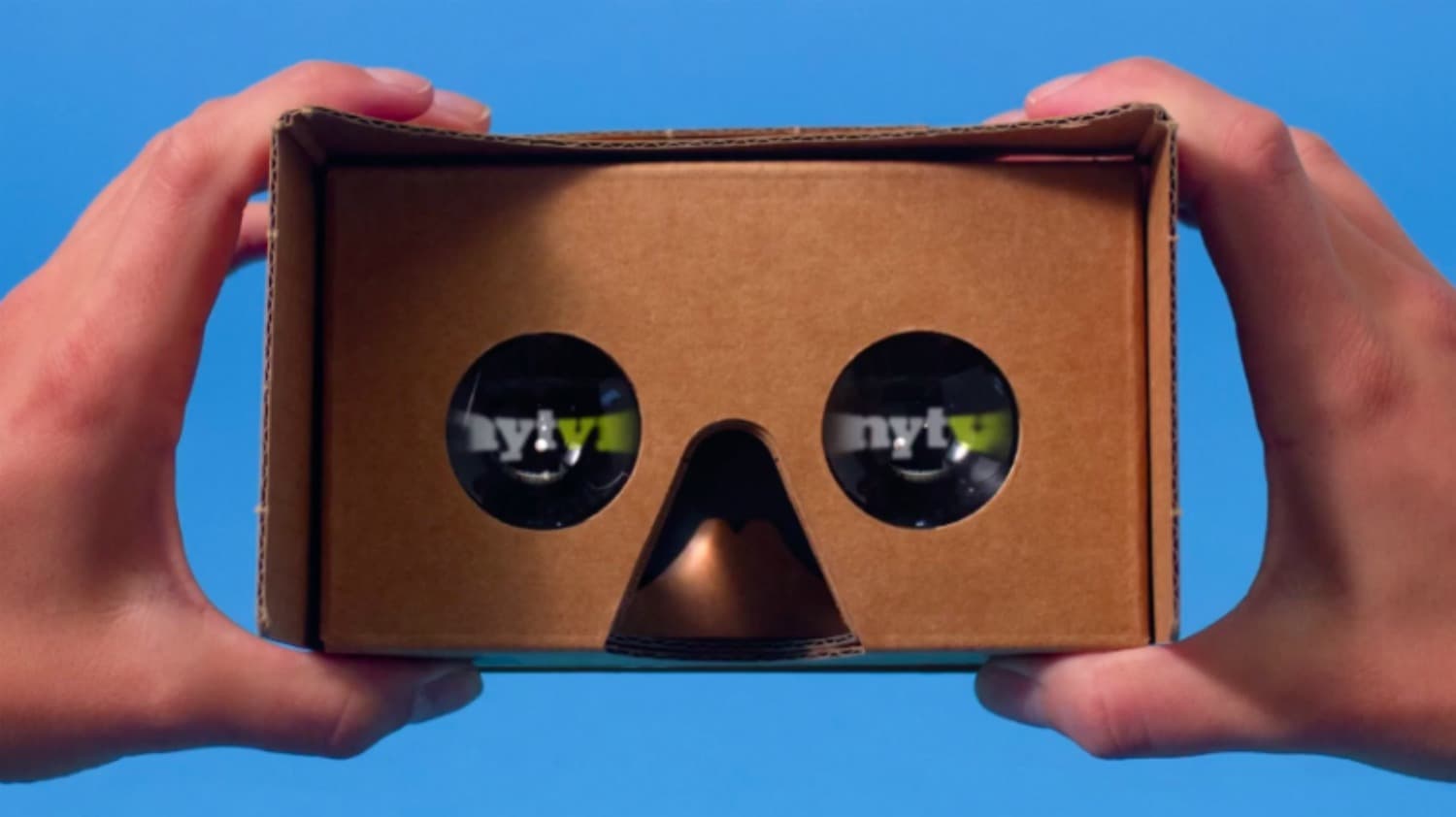 New York Times has released “The Displaced,” a movie that it believes is the largest communal screening to date of a virtual reality film. The Times debuted its VR film by delivering more than a million pre-assembled Google Cardboard sets to home delivery subscribers. The 10-minute movie follows three children: Oleg from the Ukraine, Chuol from the South Sudan, and Hana, a Syrian refugee living in a camp in Lebanon.

Viewers will hear their stories while walking alongside them in fields, sitting with them in rubble, and witnessing the frantic scramble to receive food dropped from aid planes.

Shooting the scenes involved using 8 GoPro cameras, which were modified for wide-angle shots and were attached to a pole. Since it is meant to be a truly virtual experience, if one of the cameras went out, an entire shot would be gone and have to be redone.

The Times also claim that its VR app had more downloads in its first few days than any other Times app, making it the most successful launch yet. Other companies are following suite. News outlets like Frontline, The Wall Street Journal, and the AP are all experimenting with how to fit VR into their storytelling.

The NYT, of course, will not be left behind. It hopes VR will become a consistent part of their reports. It is also something that advertisers and sponsors want to be a part of. “The Displaced” is sponsored by GE and Mini, and viewers who download the app will see sponsored content for those brands. Ultimately, the NYT hopes that “The Displaced” will serve as a stepping stone for VR to become mainstream, most especially for those who haven’t experienced it.