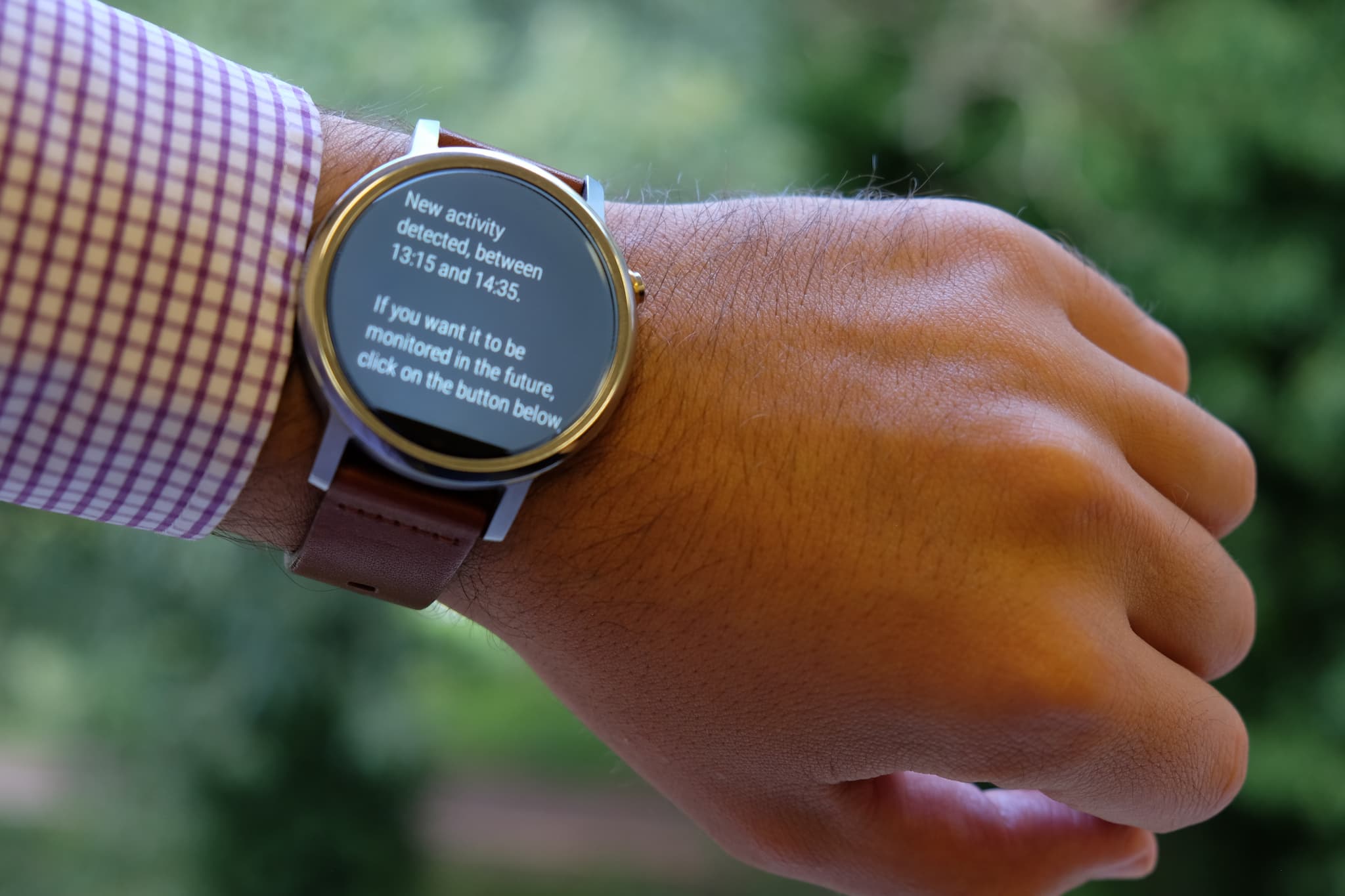 Smartwatches range from simple fitness tracking wristbands to devices like the Apple Watch, which has a surprising range of functionality comparable even to smartphones. They have become a commonplace tool for business professionals, students, athletes, and so many more. But, as concerns continue to rise about privacy in an era of lightning-fast progress, are smartwatches getting too smart?

Scientists at the University of Sussex have developed an algorithm that takes smartwatches to the next level. It enables the device to both detect and record everything that you do, without instruction. Existing watches are programmed to detect only specific activities, like when you are running, doing yoga, even sitting still. But this algorithm bypasses such instruction.

Hristijan Gjoreski of the University of Sussex said in a press release, "Current activity-recognition systems usually fail because they are limited to recognizing a predefined set of activities, whereas of course human activities are not limited and change with time." He continued in stating that, "Here we present a new machine-learning approach that detects new human activities as they happen in real time, and which outperforms competing approaches."

Gjoreski seems to be right. By eliminating the limits of defined activity as older models do, smartwatches would be able to better track and record human activity. This could have personal, scientific, and even medical benefits. As put by Daniel Roggen, head of the Sensor Research Technology Group at the University of Sussex, in the press release:

Future smartwatches will be able to better analyse and understand our activities by automatically discovering when we engage in some new type of activity. This new method for activity discovery paints a far richer, more accurate, picture of daily human life. As well as for fitness and lifestyle trackers, this can be used in healthcare scenarios and in fields such as consumer behavior research.

This is a major technological development and its impact could prove to be life-saving. But in the meantime, it is important to take a step back and wonder: When it is possible to track my every move, should I?

Read This Next
FROM THE DEPT. OF THINGS TO BUY
The Best Dash Cams for 2023
FROM THE DEPT. OF THINGS TO BUY
The best Android Tablets in 2023
From the Dept. of Buying Things
Best Ergonomic Mouse of 2023
FROM THE DEPT. OF THINGS TO BUY
Apple Watch Series 7 Prime Day 2022 Deal
FROM THE DEPT. OF THINGS TO BUY
Keep Your Devices Together With These Tech Organizers
More on Robots & Machines
Robot Arm News
Yesterday on the byte
European Space Agency Shows Off Concept for Martian Sample Picker-Upper
From the Dept. of...
Yesterday on futurism
The Best Desk Lamps of 2023
Robot Ridicule
Jan 28 on the byte
Hilarious Video Shows Boston Dynamics Robot Failing Horribly
READ MORE STORIES ABOUT / Robots & Machines
Keep up.
Subscribe to our daily newsletter to keep in touch with the subjects shaping our future.
+Social+Newsletter
TopicsAbout UsContact Us
Copyright ©, Camden Media Inc All Rights Reserved. See our User Agreement, Privacy Policy and Data Use Policy. The material on this site may not be reproduced, distributed, transmitted, cached or otherwise used, except with prior written permission of Futurism. Articles may contain affiliate links which enable us to share in the revenue of any purchases made.
Fonts by Typekit and Monotype.