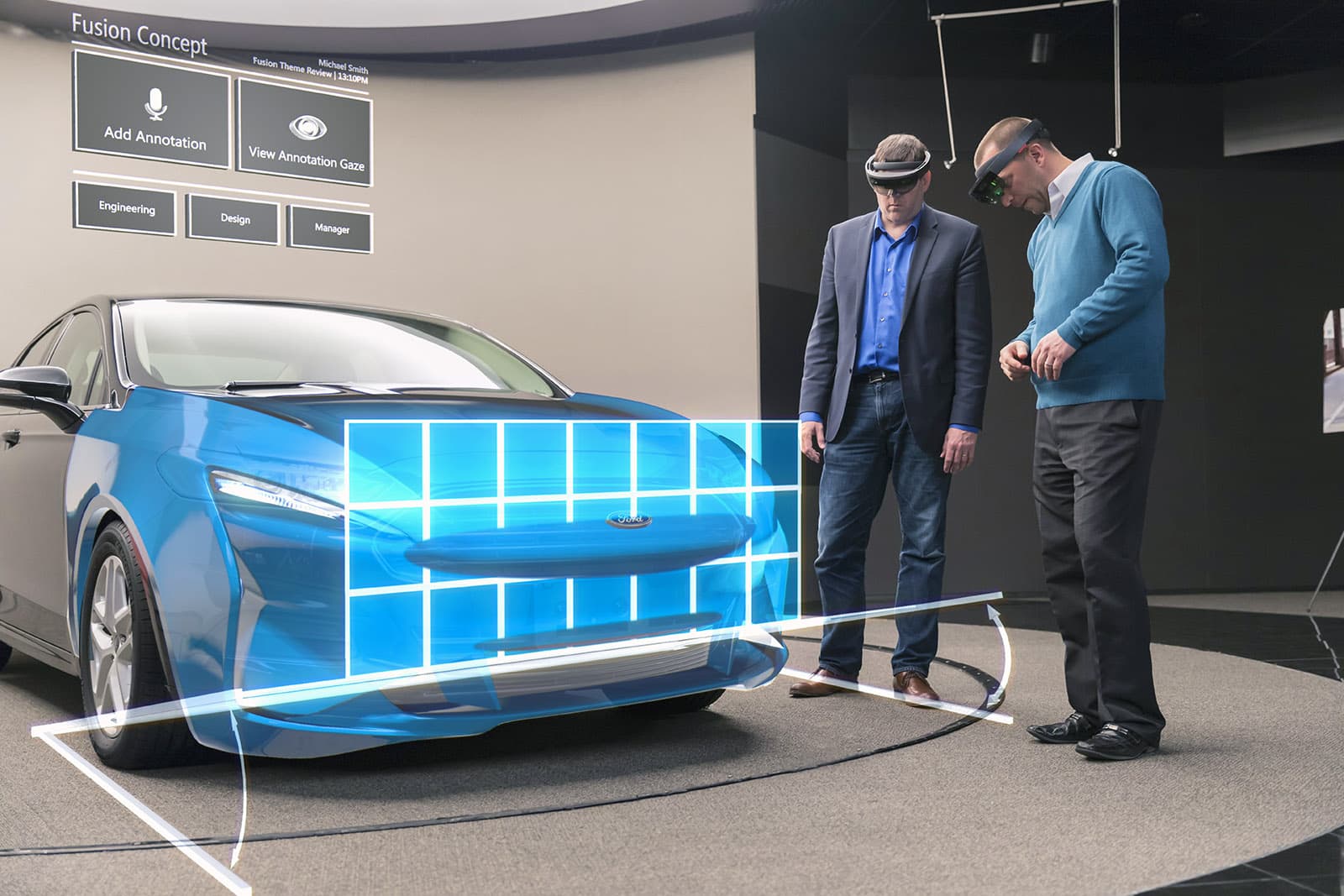 While virtual reality aims to whisk users away into another world, augmented reality provides an overlay that transformed the world around them. Now, we're seeing this technology used more and more to help designers visualize their creations.

Auto manufacturer Ford has apparently started outfitting its designers with Microsoft HoloLens headsets. This hardware is used to fine-tune the placements of various elements of the vehicle, after a clay model has been constructed to establish its basic shape and form.

Designers are able to select anything from the front bumper to a headlight and adjust its size and placement with motion controls. "This ability to mesh digital and physical worlds together is for us the future of designing products,” said Craig Wetzel, Ford’s manager of design technical operations, in an interview with Wired.

Currently, designers have to turn their drawings into a 3D render, which is then sent to engineers, and potentially returned to the design team with notes and requested alterations. Wetzel explains that when engineers and designers work with the same tool set, the process is more efficient, and produces a better end result. It also provides benefits in terms of giving employees situated in geographically distant locations the opportunity to collaborate more effectively.

Ford is by no means the only automotive company looking to integrate augmented reality technology into its design workflow.

Volkswagen uses a set-up known as the Cave Automatic Virtual Environment, where multiple room-scale canvases have images projected onto them. However, the company also sees the benefit of physical models that take advantage of augmented reality techniques, much like Ford.

"Real hardware models continue to be used in preference over virtual data in many of the process steps," reads documentation about its processes from the Volkswagen website. "The reason for this is that forms, curves and geometries can be assessed more effectively using a vehicle model in reality than via a purely virtual display"

Implementing this kind of technology makes it easier for designers to bring their ideas into the real world. There are various different processes required to take a car from the concept stage to manufacturing. Using augmented reality to produce 3D visualizations of the finished product should help ensure that none of the smaller details of the design are lost along the way.

Read This Next
Future Vision
Microsoft’s Tech Can Make Your Hologram Speak Another Language
Photo Wake-Up
This Algorithm Can Create 3D Animations From A Single Still Image
Brands We Love
You Could Be Using VR to Boost Your Hidden Creativity
Futurism
Augmented Reality Recreates A New York City Not Seen for Centuries
Futurism
Virtual Reality Has Reached A "Tipping Point." It's Officially Here to Stay.
More on Virtuality
Meta Marked
Jan 25 on the byte
The Metaverse Industry Is Already Going Belly-Up, for Reasons We Can't Imagine
Try Again
Jan 13 on the byte
Congress Rejects Funding the Military's Microsoft AR Goggles Because They Made Soldiers Sick
Headache Sets
Jan 6 on the byte
US Army Buying Microsoft AR After Soldiers Said They “Would Have Gotten Us Killed”
READ MORE STORIES ABOUT / Virtuality
Keep up.
Subscribe to our daily newsletter to keep in touch with the subjects shaping our future.
+Social+Newsletter
TopicsAbout UsContact Us
Copyright ©, Camden Media Inc All Rights Reserved. See our User Agreement, Privacy Policy and Data Use Policy. The material on this site may not be reproduced, distributed, transmitted, cached or otherwise used, except with prior written permission of Futurism. Articles may contain affiliate links which enable us to share in the revenue of any purchases made.
Fonts by Typekit and Monotype.