This could radically impact our understanding of the universe. 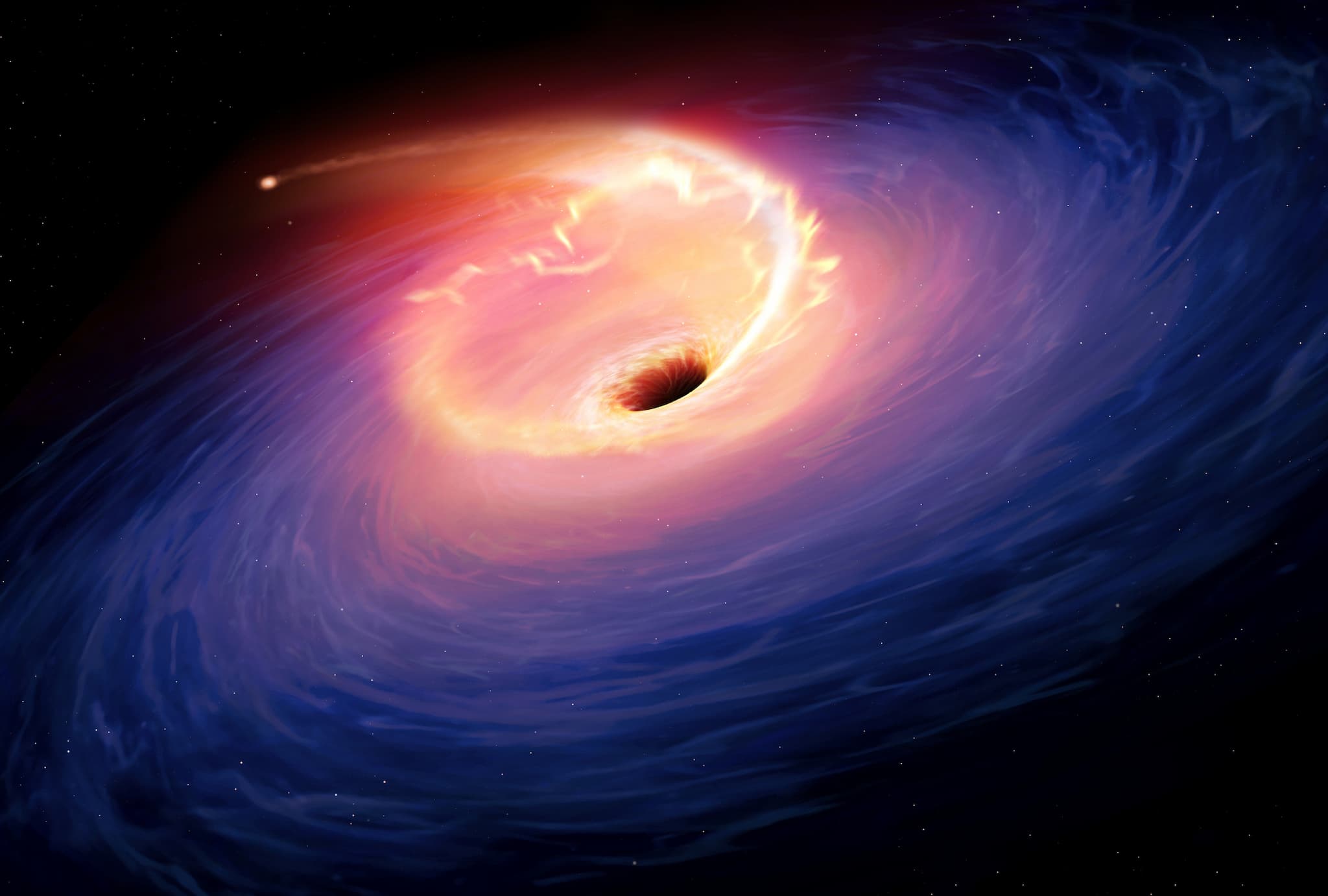 Researchers at the University of New Mexico (UNM) have made an incredible discovery that could help us better understand not just black holes, but also the universe.

For the first time ever, astronomers have observed and measured two supermassive black holes orbiting one another. The black holes are hundreds of millions of light-years from us, but that just happens to be the perfect distance from the Earth for optimal observation.

The observation process was an undertaking 12 years in the making. "For a long time, we've been looking into space to try and find a pair of these supermassive black holes orbiting as a result of two galaxies merging," professor Greg Taylor explained in a UNM news release. "Even though we've theorized that this should be happening, nobody had ever seen it until now."

The team used the Very Long Baseline Array (VLBA) to plot the black holes' trajectories and confirm that they are indeed in orbit with one another. However, the size of the black holes makes their orbital period around 24,000 years, so even after viewing the binary system for over a decade, the scientists have yet to witness any curvature in their orbit.

These orbiting black holes could teach us a great deal about our universe. "Supermassive black holes have a lot of influence on the stars around them and the growth and evolution of the galaxy," Taylor explained. "So, understanding more about them and what happens when they merge with one another could be important for our understanding for the universe."

Bob Zavala, an astronomer with the U.S. Naval Observatory, likens the potential of this discovery to what astronomers were able to learn about stars from studying their binary orbits. "Now we'll be able to use similar techniques to understand super-massive black holes and the galaxies they reside within," he told UNM.

The UNM team plans to observe the black holes again in three or four years to confirm their findings and get a more precise reading of the orbit. This discovery will undoubtedly provide a wealth of new knowledge for many years to come.

Read This Next
Falling In
Objects We Thought Were Black Holes May Actually Be Wormholes, Scientists Say
Black Hole Snapshot
Scientists Release Image of Black Hole at Center of Our Galaxy
Sucking Atmospheres
Scientists Spot Ravenous "Vampire" Star Devouring Its Neighbor
The Last Strand
Scientists Puzzled by Weird "Strands" at the Center of Our Galaxy
Yuge
Scientists Discover Enormous Black Hole Right Near Our Galaxy
More on Hard Science
Horrible Geese
Dec 4 on futurism
Furious Geese Are Defeating Humans, Scientists Find
Quacks Like a Duck
Dec 1 on futurism
Those Headlines About Scientists Building a Wormhole Are Total Nonsense, People
It From Bit
Nov 22 on the byte
A Scientist Is Crowdfunding an Experiment to Check if We Live in a Simulation
READ MORE STORIES ABOUT / Hard Science
Keep up.
Subscribe to our daily newsletter to keep in touch with the subjects shaping our future.
+Social+Newsletter
TopicsAbout UsContact Us
Copyright ©, Camden Media Inc All Rights Reserved. See our User Agreement, Privacy Policy and Data Use Policy. The material on this site may not be reproduced, distributed, transmitted, cached or otherwise used, except with prior written permission of Futurism. Articles may contain affiliate links which enable us to share in the revenue of any purchases made.
Fonts by Typekit and Monotype.