And we have a plan to make it happen. 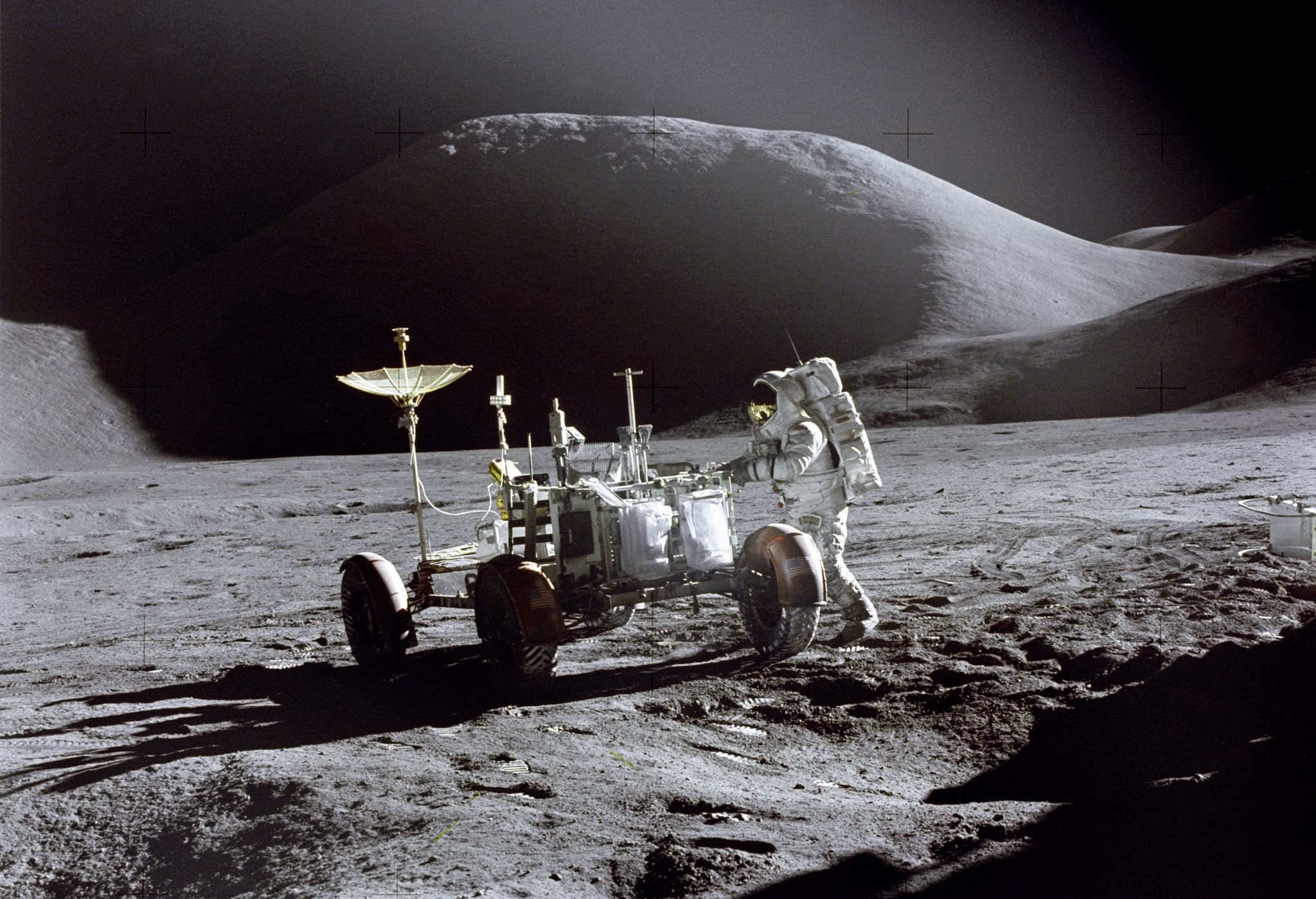 Mining Our Way to Mars

Every other year since 2011, 32 of the brightest young minds from across the globe are invited to participate in the Caltech Space Challenge. They're split into two teams and given five days to come up with a plan to address a mission statement. This year's directive was to design a launch and supply station on the Moon to support missions into deep space.

In a post on The Conversation, five of the students involved in the challenge have shared their insights on the benefits of such a station and how we could make it happen. They explain that the presence of a lunar refueling station would decrease the energy needed to leave Earth's atmosphere. The speed required to break out of the atmosphere is 11 kilometers per second (25,000 miles per hour), which is far easier to achieve without the added weight of excess fuel. Launching with just enough to fuel to get to a lunar "gas station" with a weaker gravitational pull and then heading on to Mars from there would save both time and money.

The fuel that would power these missions would be drawn from the Moon's ice, which could be processed into a hydrogen-oxygen propellant that is already used in many rockets. The students propose using three types of rovers on the Moon to perform this task. The Prospector would seek out ice, the Constructor would build a launch pad and roads, and the Miner would collect ice and deliver it to storage tanks connected to electrolysis processing plants, which would transform it into usable energy. From there, the fuel would be transported to a location in stable orbit between the Earth and the Moon where spacecraft could refuel.

Why Go To Mars?

The race to get people to Mars has been heating up in recent years, with both governments and private companies competing to be the first to reach the Red Planet. Elon Musk, the United Arab Emirates (UAE), and NASA have all stated their intentions, and stopping by the Moon first plays a big part in many of these efforts. NASA plans to build a new space station, the Deep Space Gateway (DSG), in lunar orbit to act as a pit stop on the way to Mars, and the agency has already laid the groundwork for a space fueling station of sorts with their Robotic Refueling Mission launch in November 2016.

Reaching Mars isn't some Mount Everest/"because it's there" situation for space explorers. The planet could prove instrumental in the survival of the human species. Stephen Hawking has said he believes we only have another hundred years or so on Earth, and right now, Mars is the closest thing we have to a back-up plan. The problem is, we haven't even come close to actually stepping foot on it — yet. Between the people already in the space industry and students like those who participated in the Caltech Space Challenge, we have no shortage of great minds working to transform humanity into a multi-planetary species.