AI Systems Are Learning to Communicate With Humans

Human/robot relationships are on their way. 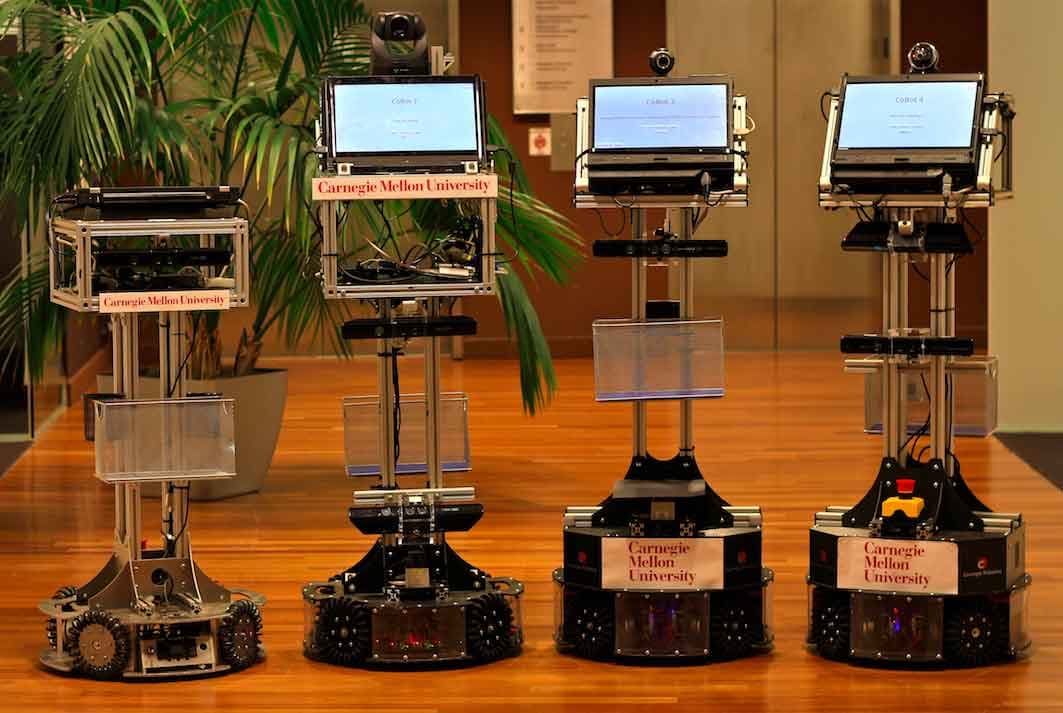 In the future, service robots equipped with artificial intelligence (AI) are bound to be a common sight. These bots will help people navigate crowded airports, serve meals, or even schedule meetings.

As these AI systems become more integrated into daily life, it is vital to find an efficient way to communicate with them. It is obviously more natural for a human to speak in plain language rather than a string of code. Further, as the relationship between humans and robots grows, it will be necessary to engage in conversations, rather than just give orders.

This human-robot interaction is what Manuela M. Veloso’s research is all about. Veloso, a professor at Carnegie Mellon University, has focused her research on CoBots, autonomous indoor mobile service robots which transport items, guide visitors to building locations, and traverse the halls and elevators. The CoBot robots have been successfully autonomously navigating for several years now, and have traveled more than 1,000km. These accomplishments have enabled the research team to pursue a new direction, focusing now on novel human-robot interaction.

“If you really want these autonomous robots to be in the presence of humans and interacting with humans, and being capable of benefiting humans, they need to be able to talk with humans” Veloso says.

Veloso’s CoBots are capable of autonomous localization and navigation in the Gates-Hillman Center using WiFi, LIDAR, and/or a Kinect sensor (yes, the same type used for video games).

The robots navigate by detecting walls as planes, which they match to the known maps of the building. Other objects, including people, are detected as obstacles, so navigation is safe and robust. Overall, the CoBots are good navigators and are quite consistent in their motion. In fact, the team noticed the robots could wear down the carpet as they traveled the same path numerous times.

Because the robots are autonomous, and therefore capable of making their own decisions, they are out of sight for large amounts of time while they navigate the multi-floor buildings.

The research team began to wonder about this unaccounted time. How were the robots perceiving the environment and reaching their goals? How was the trip? What did they plan to do next?

“In the future, I think that incrementally we may want to query these systems on why they made some choices or why they are making some recommendations,” explains Veloso.

The research team is currently working on the question of why the CoBots took the route they did while autonomous. The team wanted to give the robots the ability to record their experiences and then transform the data about their routes into natural language. In this way, the bots could communicate with humans and reveal their choices and hopefully the rationale behind their decisions.

The “internals” underlying the functions of any autonomous robots are completely based on numerical computations, and not natural language. For example, the CoBot robots in particular compute the distance to walls, assigning velocities to their motors to enable the motion to specific map coordinates.

Asking an autonomous robot for a non-numerical explanation is complex, says Veloso. Furthermore, the answer can be provided in many potential levels of detail.

For example, if a developer is asking a robot to detail their journey, they might expect a lengthy retelling, with details that include battery levels. But a random visitor might just want to know how long it takes to get from one office to another.

Therefore, the research is not just about the translation from data to language, but also the acknowledgment that the robots need to explain things with more or less detail. If a human were to ask for more detail, the request triggers CoBot “to move” into a more detailed point in the verbalization space.

“We are trying to understand how to empower the robots to be more trustable through these explanations, as they attend to what the humans want to know,” says Veloso. The ability to generate explanations, in particular at multiple levels of detail, will be especially important in the future, as the AI systems will work with more complex decisions. Humans could have a more difficult time inferring the AI’s reasoning. Therefore, the bot will need to be more transparent.

For example, if you go to a doctor’s office and the AI there makes a recommendation about your health, you may want to know why it came to this decision, or why it recommended one medication over another.

Currently, Veloso’s research focuses on getting the robots to generate these explanations in plain language. The next step will be to have the robots incorporate natural language when humans provide them with feedback. “[The CoBot] could say, ‘I came from that way,’ and you could say, ‘well next time, please come through the other way,’” explains Veloso.

These sorts of corrections could be programmed into the code, but Veloso believes that “trustability” in AI systems will benefit from our ability to dialogue, query, and correct their autonomy. She and her team aim at contributing to a multi-robot, multi-human symbiotic relationship, in which robots and humans coordinate and cooperate as a function of their limitations and strengths.

“What we’re working on is to really empower people – a random person who meets a robot – to still be able to ask things about the robot in natural language,” she says.

In the future, when we will have more and more AI systems that are able to perceive the world, make decisions, and support human decision-making, the ability to engage in these types of conversations will be essential­­.

Read This Next
Inside View
I Work for CNET’s Parent Company. Its AI-Generated Articles Disgust Me.
Deepfaked Neighbors
Trashy TV Prank Show Deepfakes Celebrities Into Jackass-Style Situations
I Have a Dream of Mass Layoffs
ChatGPT Shamelessly Writes Letter Announcing Layoffs While Promoting Execs and Quoting MLK
Bot My Fault
News Site Admits AI Journalist Plagiarized and Made Stuff Up, Announces Plans to Continue Publishing Its Work Anyway
Unforgettable
Guy "Outsources" His Own Memory to AI
More on Artificial Intelligence
Another One Bites...
Yesterday on the byte
OpenAI Reportingly Hiring "Army" of Devs to Train AI to Replace Entry-Level Coders
Realty Bites
Yesterday on the byte
Shameless Realtors Are Already Grinding Out Property Listings With ChatGPT
Not a Scientist, ...
Jan 29 on the byte
Largest Publisher of Scientific Journals Slaps Down on Scientists Listing ChatGPT as Coauthor
READ MORE STORIES ABOUT / Artificial Intelligence
Keep up.
Subscribe to our daily newsletter to keep in touch with the subjects shaping our future.
+Social+Newsletter
TopicsAbout UsContact Us
Copyright ©, Camden Media Inc All Rights Reserved. See our User Agreement, Privacy Policy and Data Use Policy. The material on this site may not be reproduced, distributed, transmitted, cached or otherwise used, except with prior written permission of Futurism. Articles may contain affiliate links which enable us to share in the revenue of any purchases made.
Fonts by Typekit and Monotype.