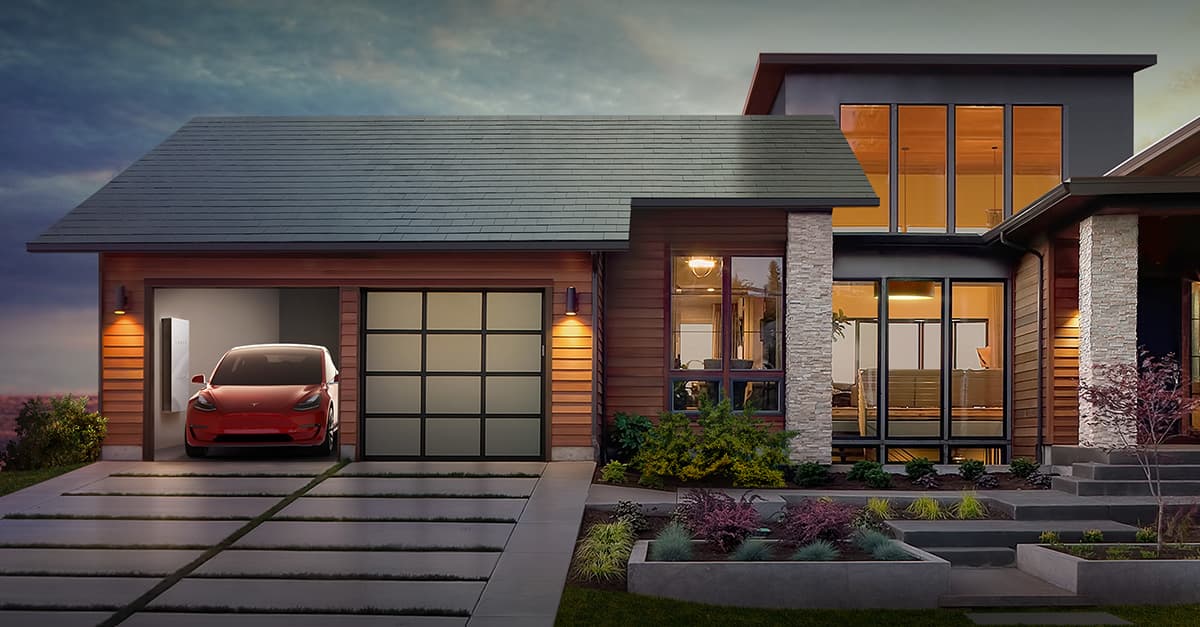 Late night tweets from Elon Musk are the best kinds of tweets. With his numerous ventures, you never really know what kind of Earth-shattering news he's going to deliver. Did he begin construction on a Hyperloop connecting New York to Los Angeles? Did he send the first tweet from the surface of Mars? Is Tesla announcing an autonomous talking car to help David Hasselhoff fight crime?

Sadly, he hasn't made any such announcements (yet). However, he is tweeting about how he is leading the revolution to overthrow fossil fuels once and for all. To this end, the mega-CEO just announced via Twitter that orders would begin for his revolutionary solar roof hardware later today (May 10th, 2017).

Tesla solar glass roof orders open this afternoon. I think it will be great. More in about 10 hours ...

In another tweet a few minutes after the first, he promised that ordering would be available in most countries throughout the world. Musk clarified that people could expect to see delivery begin in the United States in late 2017 and that deliveries would roll out sometime next year for locations that are overseas, "Solar roof can be ordered for almost any country. Deployment this year in the US and overseas next year," he wrote.

Last week, we discussed Musk's talk at the TED convention. During this discussion, he did mention the imminent release of the first glass solar roof tiles, and he discussed how the first two styles would roll out. Ultimately, he stated that the first styles would be deployed approximately six months before the other style option. In response to another Twitter user,  Musk explained, "Black glass smooth and textured will be first. Tuscan and French Slate in about six months."

In the end, disruptions like these are precisely why Tesla acquired SolarCity in November of 2016. Tesla's acquisition of SolarCity allows for a completely integrated home energy experience—all housed under one company.

To break this down, energy gathered from the roofing tiles can be stored in a Tesla Powerwall or Powerpack to provide energy for the home (or even to charge the Tesla Model 3 car sitting in your garage). And in this respect, Musk's products have the potential to completely overhaul how the world is powered, as Tesla will completely revolutionize the way that we collect and store energy.

In fact, even its vehicles will benefit from this solar tile integration. The upcoming Tesla Model 3, for example, is slated to incorporate the solar technology in its roofing system.

Read This Next
Fusion Futility
Elon Musk Slams Fusion, Says Future of Energy Is Wind and Solar
Good Neighbors
German Government Says It May Keep Nuclear Plant Open After All
Unreliable Friends
Archipelagic Nation Sick of Other Countries Breaking Climate Change Promises
Mine! Mine!
Elon Musk Suggests Tesla Might Start Mining Lithium
World is on Fire
UN Calls Elon Musk's Bluff, Providing Detailed Plan to Prevent World Hunger
More on Earth & Energy
Going Hydrogen
Dec 2 on the byte
Airbus to Strap Hydrogen Fuel Cell Engine to Massive Superjumbo Jet
Wolfenstein
Dec 1 on the byte
A Brain Parasite Is Making Wolves Into Pack Leaders, Scientists Say
LED Down the Wron...
Dec 1 on the byte
Defective LED Streetlights Are Turning the Night Purple
READ MORE STORIES ABOUT / Earth & Energy
Keep up.
Subscribe to our daily newsletter to keep in touch with the subjects shaping our future.
+Social+Newsletter
TopicsAbout UsContact Us
Copyright ©, Camden Media Inc All Rights Reserved. See our User Agreement, Privacy Policy and Data Use Policy. The material on this site may not be reproduced, distributed, transmitted, cached or otherwise used, except with prior written permission of Futurism. Articles may contain affiliate links which enable us to share in the revenue of any purchases made.
Fonts by Typekit and Monotype.