An All-Electric "Flying Car" Just Launched, and You'll Be Able to Buy It This Year

Proof that flying cars are far more than science fiction. 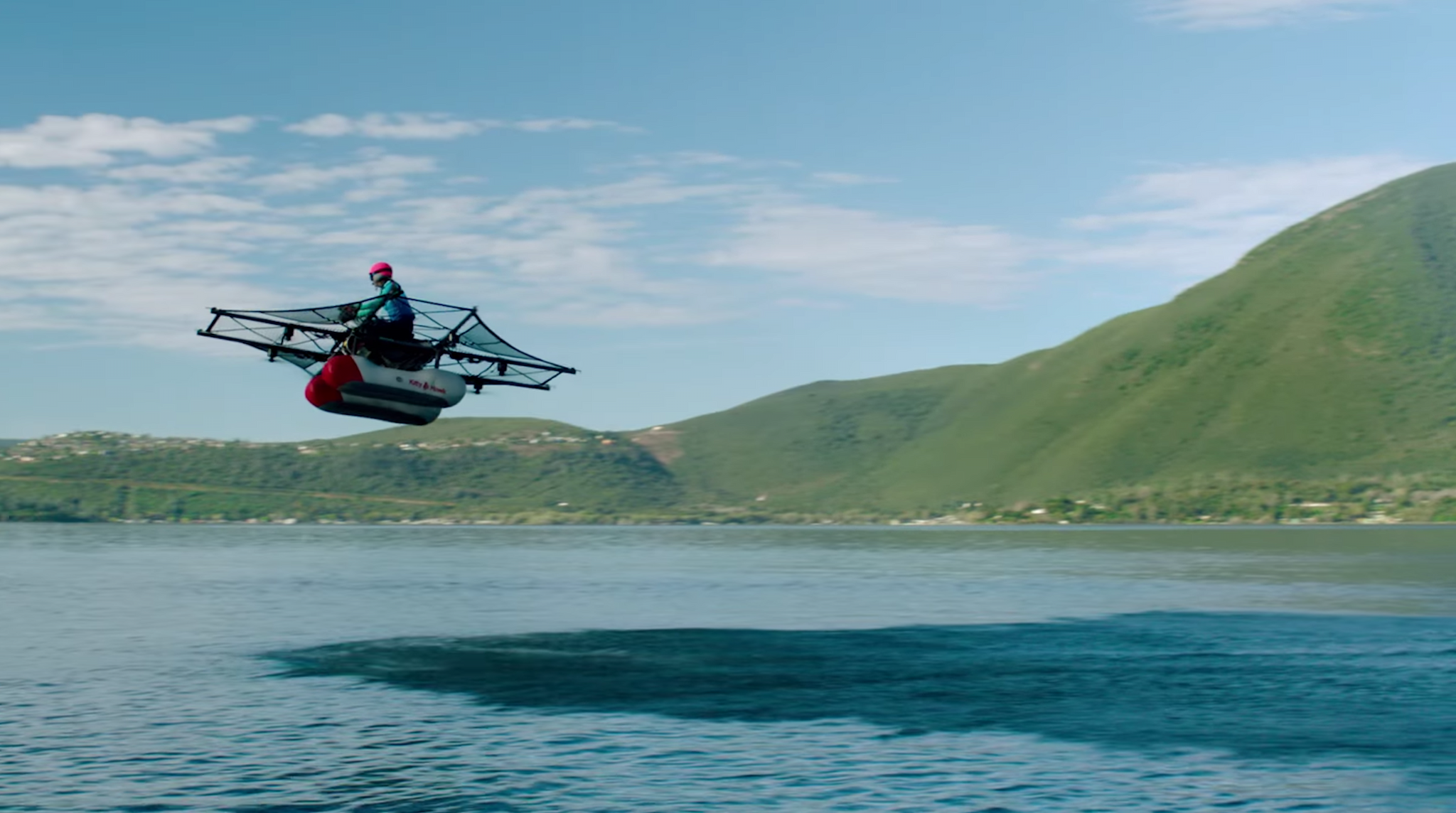 The Kitty Hawk Flyer, as the company explains, is a fully electric aircraft that can fly over water and won’t require drivers to have a pilot’s license to fly. The company also asserts that anyone who wants to operate the vehicle will be able to learn how to do so in just minutes.

In the video, which you can view below, the Kitty Hawk Flyer is shown lifting off over a lake. And while it certainly looks a lot more like a jetski with wings—and much less like a flying car—the company says that they have already received approval from the Federal Aviation Administration to fly the first iteration of the vehicle in uncongested areas.

"We've all had dreams of flying effortlessly. I'm excited that, one day very soon, I'll be able to climb onto my Kitty Hawk Flyer for a quick and easy personal flight," Page said to the New York Times.

Best of all, Kitty Hawk is prepping to bring their vehicle into commercial production by the end of this year (2017). Yes, you will be able to buy one this year; however, when it does become available for sale, it will likely face some stiff competition from other manufacturers.

Ultimately, there are a host of individuals and companies working on flying cars. For example, there's Lithium Aviation, AeroMobil, and PAL-V, who have been pushing to get their own versions of an all-electric airborne vehicle into the market in recent months.

Read This Next
Sobering News
NYPD Demands That Google Stop Flagging DWI Checkpoints on Waze
Futurism
New Zealand May Soon Get a Flying Taxi Service
Futurism
PAL-V's Flying Car Design Has Been Finalized, Will Arrive in 2019
Futurism
Want to Ride in a Self-Driving Car? This Is What It's Like.
Futurism
Companies Race to Dominate the World of Maps for Driverless Cars
More on Advanced Transport
Apple Car News
Yesterday on the byte
Apple Gives Up on Making Its Upcoming Car Fully Autonomous
Stay Away
Tuesday on futurism
Tesla Is Having Extreme Trouble Hiring, for Some Reason
Pepsi Semi
Dec 2 on the byte
Tesla Semi Truck Drives 500 Miles Fully Loaded
READ MORE STORIES ABOUT / Advanced Transport
Keep up.
Subscribe to our daily newsletter to keep in touch with the subjects shaping our future.
+Social+Newsletter
TopicsAbout UsContact Us
Copyright ©, Camden Media Inc All Rights Reserved. See our User Agreement, Privacy Policy and Data Use Policy. The material on this site may not be reproduced, distributed, transmitted, cached or otherwise used, except with prior written permission of Futurism. Articles may contain affiliate links which enable us to share in the revenue of any purchases made.
Fonts by Typekit and Monotype.