The stars have never been so close. 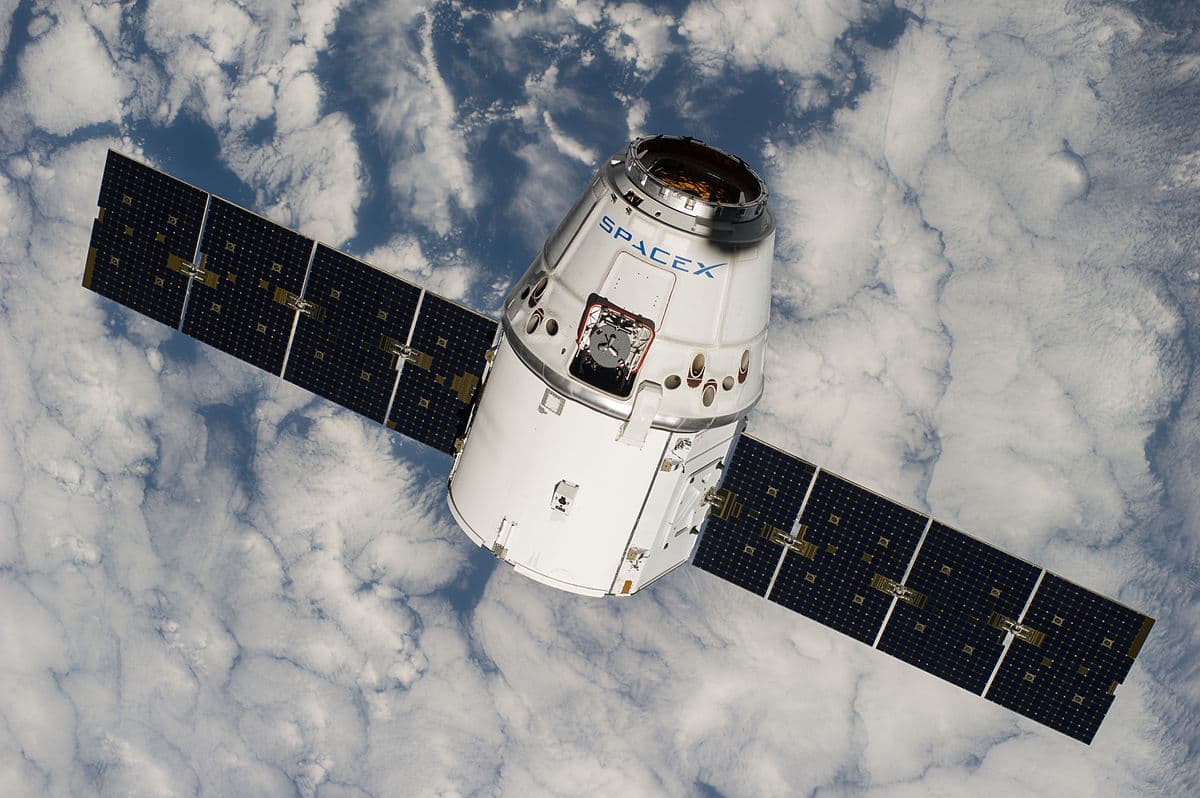 Why Is This Dragon Special?

Tomorrow (June 1, 2017) will be a landmark date for commercial space travel. SpaceX is set to become the first privately owned company to perform multiple orbital flights to space using the same aircraft. On 21st September 2014, using the Falcon 9 rocket, this same Dragon CRS-4 delivered 2.5 tons of cargo to the International Space Station (ISS).

Since, this time, it has been refurbished. The launch window for its second cargo flight opens at 5:55pm ET, and when it happens, this launch will transform humanity's future in space—thusting us into an age where space is accessible to every individual, not just nations.

To break down the significance further, it is one of only a handful of previous multi-orbit space flights — and all of the others were undertaken by governments. They include: the NASA orbiters Atlantis, Challenger, Columbia, Discovery, and Endeavour, which made dozens of missions but were hideously expensive to repair. There was also the X-37B, which Boeing built under commission by the U.S Air Force, and the Soviet VA spacecraft, which only orbited the Earth once on its second voyage.

While it is unclear how much the Dragon CRS-4 has had to be repaired, and exactly how much it cost, the savings are expected to be considerable, which will play a major role in making space both commercially available and also affordable. However, even taking financial considerations out of the equation, this is nonetheless a landmark in breaching the final frontier, as private individuals are truly entering the space race.

What Are SPACEX'S Other Plans?

Yet, ultimately, SpaceX is about far more than just making spaceflight affordable. SpaceX started with the "ultimate goal of enabling people to live on other planets" — the first planet Musk's space company aims to colonize is Mars. In order to do so, Musk plans to build the BFR . This stands for, in his own words, the Big F*cking Rocket, which will ferry the reusable Mars Colonial Transporter to the Red Planet.

He has stated previously that he plans to put the first person on Mars by 2025. A test launch of the Falcon Heavy, the rocket that bridges the gap between the Falcon 9 and the BFR was recently completed, and its first full launch is planned for sometime this summer.

Musk argues that humanity reaching Mars and other planets is pivotal. As he stated in an interview with aeon: "I think there is a strong humanitarian argument for making life multi-planetary", and that this has to start with Mars because, "if we can establish a Mars colony, we can almost certainly colonise the whole Solar System, because we'll have created a strong economic forcing function for the improvement of space travel."

The process, though, has to move in gradations — and this relaunch of the Dragon is a major milestone in Musk's plan.

"Either we spread Earth to other planets, or we risk going extinct."

At the Wall Street Journal’s D: All Things Digital Conference in 2013, Musk explained his feelings regarding the importance of reaching other worlds, stating, “Either we spread Earth to other planets, or we risk going extinct. An extinction event is inevitable and we’re increasingly doing ourselves in. The goal is to improve rocket technology and space technology until we can send people to Mars and establish life on Mars.”

Of course, this will be no simple task. Mars is, currently, a wasteland of dirt and sand.

“Mars is a fixer-upper of a planet,” Musk said. “But we could make it work.” And honestly, even if we can’t make it work, it seems that we have no real choice but to try. Musk concludes, “I agree this is an unlikely outcome, but if we don’t keep improving technology every year, we won’t get there.”

Read This Next
A Sip of Opal
NASA Discovers Precious Gemstones on Mars
Shot Well
Head of NASA Relieved to Hear Elon Musk Isn't REALLY Running SpaceX
Martian Oases
Scientist Proposes Growing a Forest Inside a Bubble on Mars
Big Impact
Meteorite Hit Mars So Hard NASA Thought It Was a Quake
Grain of Salt
There's a Huge Problem With Elon Musk's Promise to Bring Starlink to Iran
More on Off World
Killernova
Yesterday on the byte
Scientists Find "One in Ten Billion" Star System Primed to Explode in Titanic Kilonova
Lonely Planet
Feb 5 on futurism
Scientists Find Nearby Planet the Same Size of Earth, Plan to Search It for Life
Take Cover
Feb 4 on the byte
Space Startup Blows Up Another Giant Inflatable Space Station Module
READ MORE STORIES ABOUT / Off World
Keep up.
Subscribe to our daily newsletter to keep in touch with the subjects shaping our future.
+Social+Newsletter
TopicsAbout UsContact Us
Copyright ©, Camden Media Inc All Rights Reserved. See our User Agreement, Privacy Policy and Data Use Policy. The material on this site may not be reproduced, distributed, transmitted, cached or otherwise used, except with prior written permission of Futurism. Articles may contain affiliate links which enable us to share in the revenue of any purchases made.
Fonts by Typekit and Monotype.