As more and more pop up all over the world, the concrete jungle might just start looking like an actual jungle. 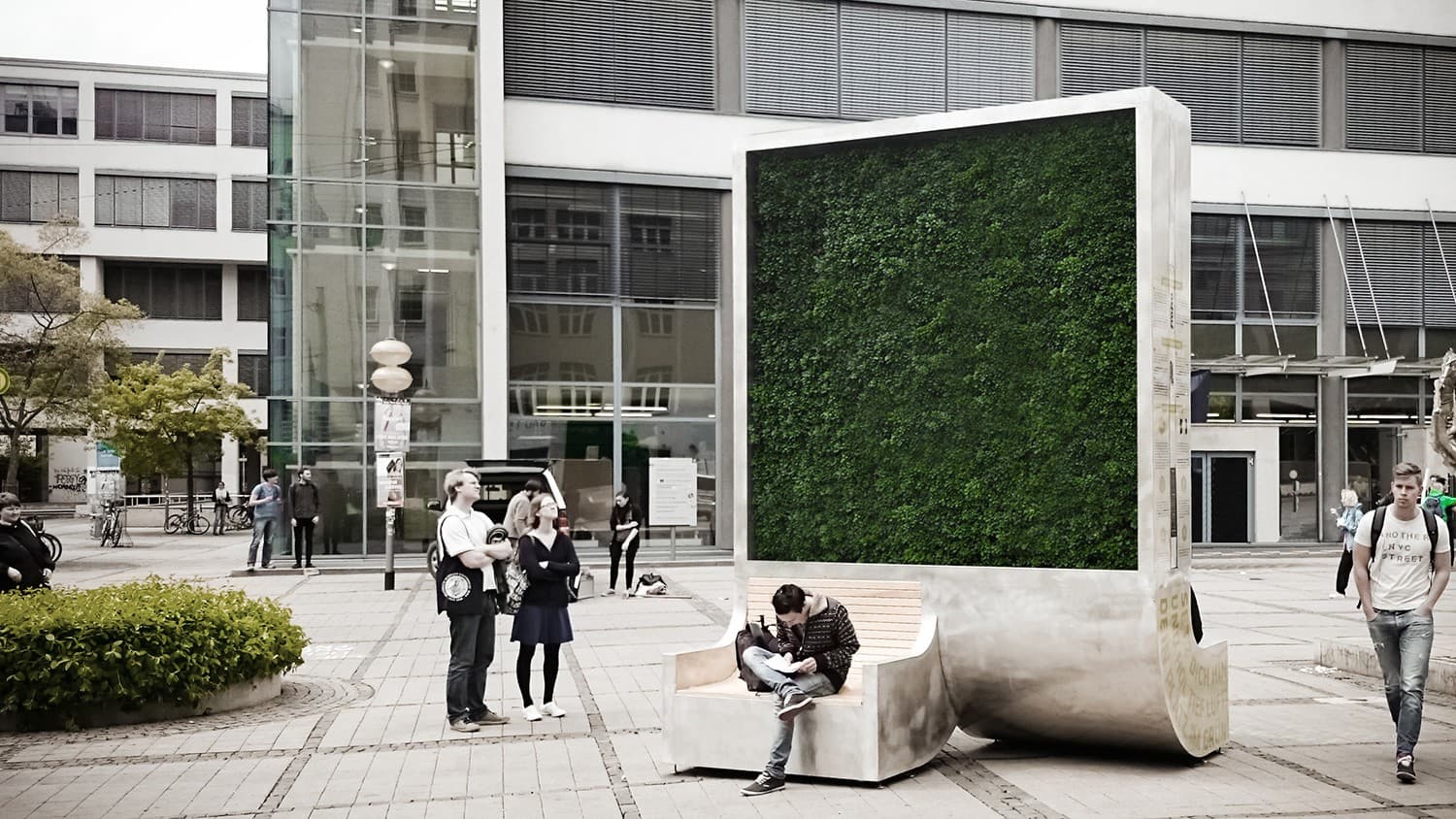 Design concepts for the cities of the future usually involve a number of ideas that challenge current norms — whether it be in architecture, city planning, or materials engineering. Some of these are quite fascinating, and others border on science fiction and the absurd. Many concepts, even those that are at first seemingly a bit strange, are already seeing applications today. One example are a series of functional mobile installations that have been popping up in a number of cities all over the world.

Developed by Berlin-based tech startup Green City Solutions, these mobile installations work as trees in the middle of cities — hence the name CityTree — to filter air. Since actual trees take time to grow, CityTree isn't exactly a tree — it's actually a moss culture.

"Moss protected by plant coverage binds particulate matter, nitrogen oxides and CO2e and produces valuable oxygen. At the same time it cools the surrounding air," according to the company's website. Each installation is about 3 meters (9.84 ft) wide, stands at almost 4 meters (13.12 ft) tall and were planted 2.19 meters (7.19 ft) deep.

The best part about CityTree, Green City Solutions claims, is that it's capable of providing the same environmental benefit 275 actual trees would. It's able to absorb some 250 grams of particles per day, removing 240 metric tons of carbon dioxide every year.

"Moss cultures have a much larger leaf surface area than any other plant. That means we can capture more pollutants," Zhengliang Wu, co-founder of Green City Solutions, told CNN. Wu was part of a team that conceptualized the idea and installed a CityTree in Brussels four years ago.

Global air pollution continues to be a huge problem, as the World Health Organization notes — especially in urban centers. This is why Green City has already installed around 20 of their "trees" in cities throughout the world, including Oslo, Paris, and Hong Kong. CityTrees are currently being installed in Modena, Italy and plans to introduce it to low-income countries that have high levels of pollutants — like India — are on the way as well.

"Our ultimate goal is to incorporate technology from the CityTree into existing buildings," Wu said. "We dream of creating a climate infrastructure so we can regulate what kind of air and also what kind of temperature we have in a city."

Read This Next
Futurism
Cities Can Now Ban Diesel Vehicles, German Court Says
Futurism
Activists Are Suing Governments Over the State of the Environment — and Winning
Futurism
Chemicals Like Perfume Produce as Much Air Pollution as Cars
Futurism
China Will Plant 32,400 Square Miles of Trees to Combat Air Pollution
Futurism
Dubai Has the World's Most Ambitious Plan to Turn Waste into Energy
More on Earth & Energy
Dishonorable Disc...
9:47 PM on the byte
Scientists Alarmed by Video of Deep Sea Mining Company Spewing Waste Into Ocean
Save Yourselves
Yesterday on the byte
Furious Marsupial So Thirsty For Sex That It’s Dying, Scientists Warn
Stem Ware
Feb 3 on the byte
Scientists Discover World's Oldest Preserved Vertebrate Brain
READ MORE STORIES ABOUT / Earth & Energy
Keep up.
Subscribe to our daily newsletter to keep in touch with the subjects shaping our future.
+Social+Newsletter
TopicsAbout UsContact Us
Copyright ©, Camden Media Inc All Rights Reserved. See our User Agreement, Privacy Policy and Data Use Policy. The material on this site may not be reproduced, distributed, transmitted, cached or otherwise used, except with prior written permission of Futurism. Articles may contain affiliate links which enable us to share in the revenue of any purchases made.
Fonts by Typekit and Monotype.