Giant Squid Surfaces in Japan, See This Behemoth of the Sea 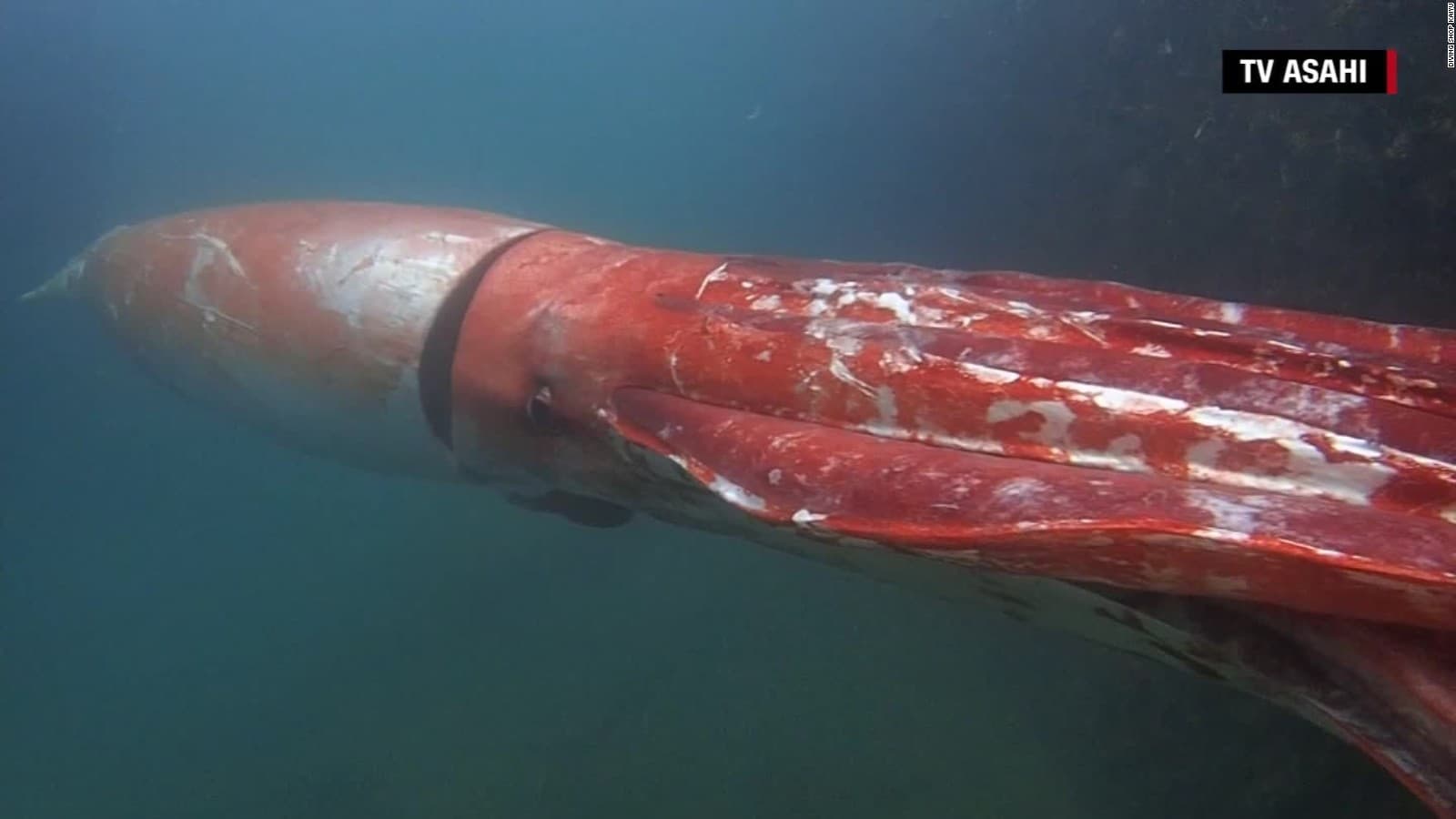 Creature of the Deep

Visitors to Japan's Toyama Bay last Christmas Eve (December 24th, 2015) were witness to a rare event: The sudden appearance of a giant squid. The aquatic behemoths seem to frequent Japan’s waters ever since the first-ever pictures of a live giant squid in the wild were taken from the coast of the Ogasawara Islands in 2004, and the first video footage of a living adult was captured in the same vicinity in 2012.

A local diver took the opportunity to have a close encounter with the creature. "My curiosity was way bigger than fear, so I jumped into the water and go close to it," Akinobu Kimura told CNN. "This squid was not damaged and looked lively, spurting ink and trying to entangle his tentacles around me. I guided the squid toward to the ocean, several hundred meters from the area it was found in, and it disappeared into the deep sea."

How Large Is It?

Though it looks considerably large already, the squid that was seen in Toyama Bay is probably young for its species, and at an estimated 3.66 meters (12 feet) in length. Notably, it is only a third of the estimated 12.2 meters (40 feet) that giant squid are thought to grow to. Also, note that the tentacles make up a large portion of the length.

It was previously believed that giant squid (Architeuthis dux) can grow to over 18.3 meters (60 feet) long, but recent studies seemed to disprove this notion. It is now thought that the overestimated lengths of this species came from examinations of dead specimens that had washed up on shore, which can stretch significantly, thereby providing erroneous data. Added to this is the fact that sightings are very rare, as the creatures generally dwell in the deep sea.

Despite this, the currently accepted maximum length that giant squid do reach is still rather impressive. Even the twelve foot long individual caught on video seems quite intimidating.

Architeuthis dux is the longest species of squid currently known, but it is not the largest; that distinction goes to the colossal squid (Mesonychoteuthis hamiltoni).