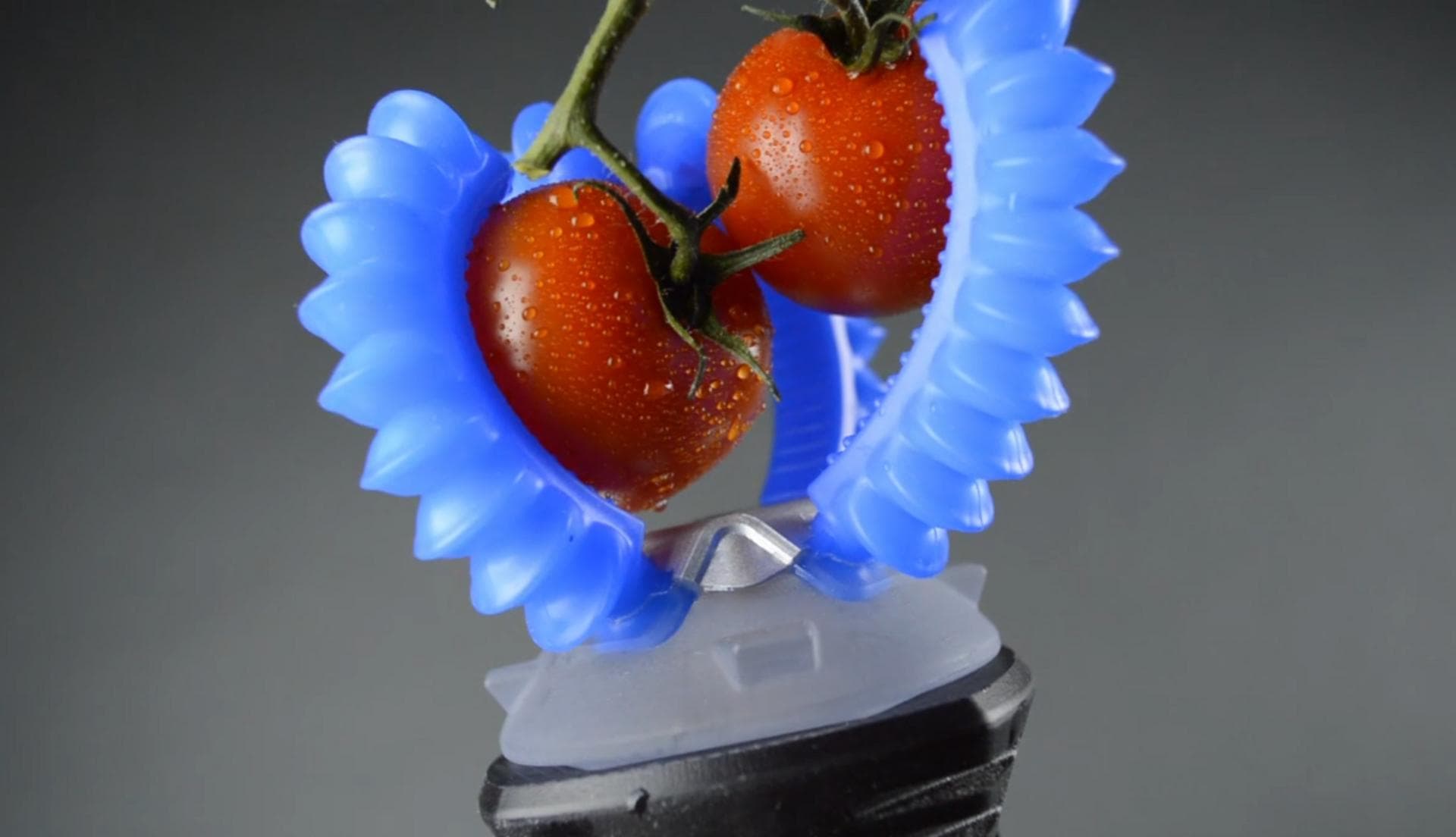 A Cambridge startup Soft Robotics was born after its founder, George Whitesides, a chemist and inventor from Harvard, watched footage of an octopus squeezing its body through a tiny opening.

It may sound like a strange bit of tech, but to date, this manufacturer of octopus-inspired robotic grippers has already received $3 million from investors and is expecting $2 million more soon. The company stated that the funds will be used to double the staff in its employ in order to better meet the demands of its customers.

“It’s been a whirlwind ride,” chief executive Carl Vause said in the release. “We’ve really hit on this unmet need of, how do we enable robots to handle things that vary in size and shape and weight? There’s pent-up demand.”

The startup was founded in 2013. Initially funded by the Defense Department, the company soon began to create robots that could take on a variety of the tasks that assembly line-type machines previously couldn’t handle, like manipulating fruit, for example. In most traditional robots, the handling of fruits leads to damaged products. This may seem like a minor issue, but it is a major catastrophe if you get your livelihood from the agricultural industry.

The gripper robots have silicone fingers and move by using compressed air.

“There’s a reason the squid, the octopus, and the human hand work so well,” Vause said. “They’re fantastic structures.”

Soft Robotics currently has clients doing product testing of the company’s gripper systems in their manufacturing and production lines. One of the new investors is also affiliated with one of the country’s largest vegetable suppliers: Taylor Ventures, the investment arm of Taylor Farms of Salinas, California. Soft Robotics works closely with the food processing industry, a commitment made more apparent by this recent partnership.

“They are a driving force in agriculture technology,” Vause said. “To have them come aboard as an investor is an unbelievable vote of confidence that we’re doing the right things and we’re solving the right problems.”

Read This Next
Thanks, but No Thanks
Oakland Police Want to Arm Robots With Shotguns, Because We Live in a Dystopian Nightmare
Unholy Diver
Terrifying Humanoid Diving Robot With "Human" Sense of Touch Explores Shipwreck
Diner Drama
People Furious at Robot Serving Pancakes at Denny's
Robot Violence
YouTube Accidentally Removed Robot Battle Videos for "Animal Cruelty"
Buzz Off
Tiny Spies: This Insect-Like Flying Robot is Smaller Than a Penny
More on Robots & Machines
Balloon Pop
Yesterday on the byte
Footage Shows Chinese Balloon Being Shot Down
From the Dept. of...
Thursday on futurism
The Best Mini Fridges of 2023
Blow Up Doll
Monday on the byte
Ukraine Accuses Russia of Using Inflatable "Dummy Tanks," Which Deflated
READ MORE STORIES ABOUT / Robots & Machines
Keep up.
Subscribe to our daily newsletter to keep in touch with the subjects shaping our future.
+Social+Newsletter
TopicsAbout UsContact Us
Copyright ©, Camden Media Inc All Rights Reserved. See our User Agreement, Privacy Policy and Data Use Policy. The material on this site may not be reproduced, distributed, transmitted, cached or otherwise used, except with prior written permission of Futurism. Articles may contain affiliate links which enable us to share in the revenue of any purchases made.
Fonts by Typekit and Monotype.