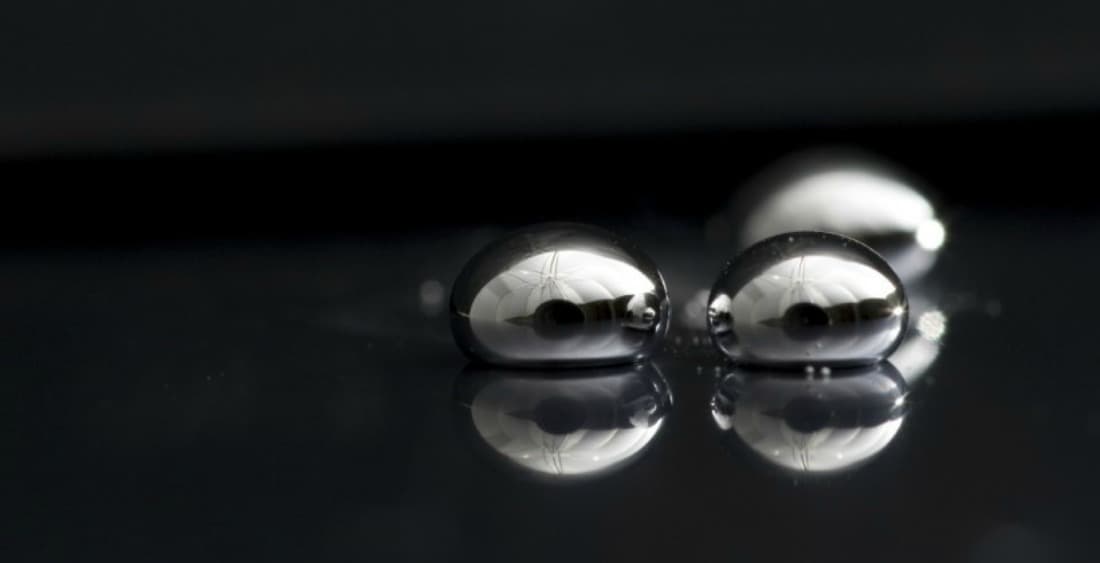 If that's not impressive enough, this method also boosts the effectiveness of the cancer drugs that are being delivered.

This new method has a host of other benefits as well. As Zhen Gu, an assistant professor in the joint biomedical engineering program at NC State and UNC-CH, notes, "The advance here is that we have a drug-delivery technique that may enhance the effectiveness of the drugs being delivered, can help doctors locate tumors, can be produced in bulk, and appears to be wholly biodegradable with very low toxicity." She adds,  "And one of the advantages of this technique is that these liquid metal drug carriers—or 'nano-terminators'—are very easy to make."

The nano-terminators are created by placing a liquid metal alloy of gallium and indium into a solution that contains two types of polymeric ligand molecules. Next, exposure to ultrasound causes the liquid metal to break into nanoscale droplets, onto which the ligands attach to.

The cancer cells absorb the nanodroplets, and once inside, the ligands release the Dox into the cells. Eventually, the nanodroplets fuse into larger liquid metal drops, which can be detected by diagnostic techniques. This method can be used to help doctors locate tumors.

Another benefit of this treatment, as previously notes, is that the gallium ions released from the liquid metal enhance the performance of the anticancer drugs and this process gradually degrades the metal, enabling the body to successfully absorb it or filter it out.

The researchers have tested this procedure on mice, and the results are promising: Not only was the growth of ovarian cancer tumors in the mice inhibited, but after 90 days of receiving the treatment, none of the mice showed any adverse effects from the liquid metal.

"This was a proof-of-concept study, but very encouraging," Gu says. "Like the fictional Terminator, this carrier is transformable: smashed from bulk material, fused inside cancer cells, and eventually degraded and cleared. We are hoping to do additional testing in a large animal study to get closer to potential clinical trials."

Read This Next
Brands We Love
Right Now, You Can Get This Game-Changing Workout App for 50% Off
Futurism
CRISPR Could Help Us Cure Diseases. It Could Also Cause Cancer.
Futurism
We’ve Reached A New Level In Bionics: Artificial Limbs We Forget Are Artificial
Futurism
The First American CRISPR Trial in Humans Will Target Cancer
Futurism
Scientists Just Successfully Edited the First Human Embryo Ever in The U.S.
More on Enhanced Humans
Brain Transparency
Feb 3 on futurism
Duke Professor Welcomes the "Promising" Future of Employers Reading Your Brain
Brain-Computer Im...
Jan 3 on the byte
Neuralink Cofounder Says New Company's Eye Implant Could Be "Ultimate" VR Tech
Eyes Have It
12. 30. 22 on futurism
Meet the Neuralink Cofounder Who Left and Started a Competitor That's Now Rapidly Catching Up
READ MORE STORIES ABOUT / Enhanced Humans
Keep up.
Subscribe to our daily newsletter to keep in touch with the subjects shaping our future.
+Social+Newsletter
TopicsAbout UsContact Us
Copyright ©, Camden Media Inc All Rights Reserved. See our User Agreement, Privacy Policy and Data Use Policy. The material on this site may not be reproduced, distributed, transmitted, cached or otherwise used, except with prior written permission of Futurism. Articles may contain affiliate links which enable us to share in the revenue of any purchases made.
Fonts by Typekit and Monotype.