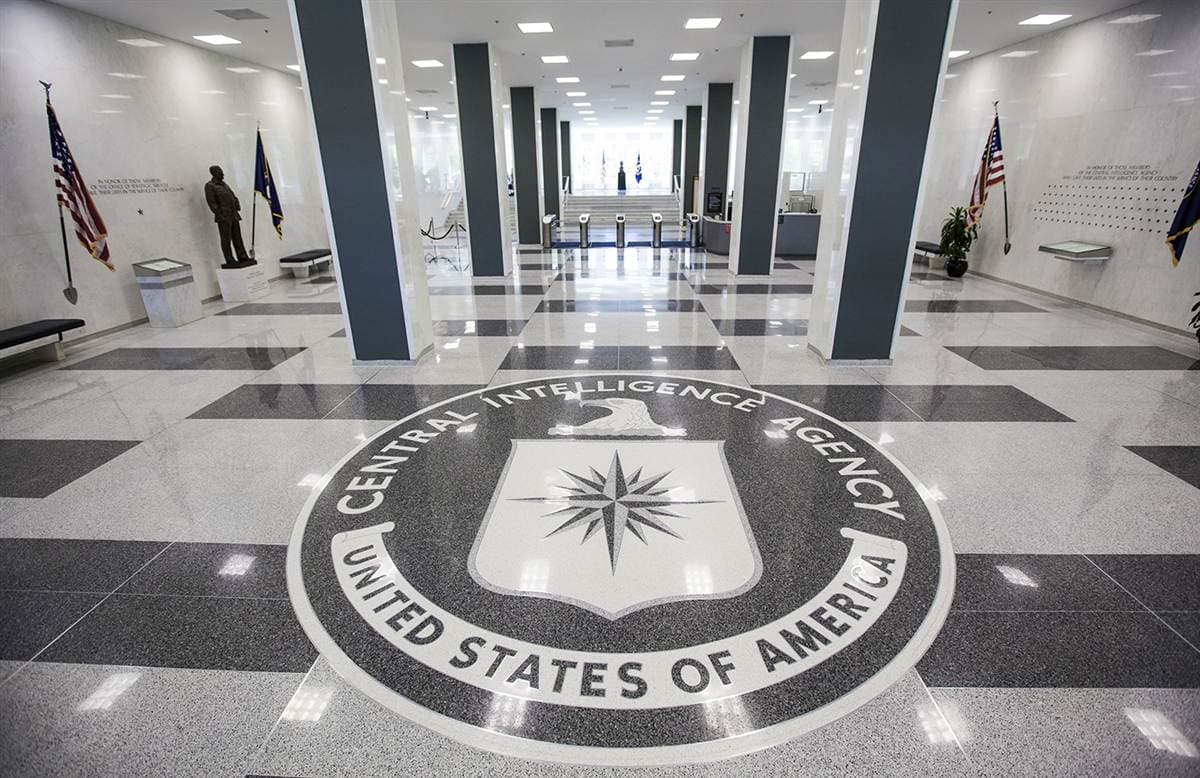 Robert Steele is an internationally acclaimed intelligence author-practitioner with 30 years of service in intelligence. He is a former CIA case officer, Marine Corps infantry officer, and co-founder of the US Marine Corps intelligence activity. He is the founder of Open Source Solutions Network, Inc. and the CEO of Earth Intelligence Network. Recently, he spoke with Futurism Contributor Daniel Araya about intelligence, open source, and the best form of governance.

DA: Robert, you have a pretty unusual background for an expert on open source systems. Could you say a little about your professional history and your interest in open source intelligence?

So my background is in U.S. intelligence. This includes a decade with the Central Intelligence Agency (CIA). In fact, my appreciation for open source thinking actually grew out of my intelligence work, particularly my experience in creating the Marine Corps Intelligence Activity in 1988.

The main problem I realized was that closed systems were simply not affordable, not inter-operable, and could not scale. I became very interested in the potential of open source systems, particularly open source intelligence. And so I started the Open Source Intelligence (OSINT) revolution in 1988– first inside government, and then finally going public in 1992.

Incidentally, ISIS – the Islamic State of Iraq and Syria – is a hint at what could happen if we continue to focus on top-down command systems. Open Source Everything Engineering (OSEE) is about local to global design across all domains.

The CIA is a bureaucracy. The normal U.S. ‘secret world’ mentality is that of a little gray man, who “goes along to get along.” In fact, the primary mission of a corporate organization like the CIA is to keep the money moving and grow the budget.

My class in 1979 was the first modern class where they changed the profile to recruit entrepreneurial self-starters who could think for themselves. And we were a disaster. Half my class quit within five years, I lasted nine. We simply could not tolerate or go along with toxic leadership and stupid procedures that did nothing to actually produce intelligence (decision-support).

The emphasis in the secret world is on spending as much money as possible, which translates into spending mostly on technical collection that is not processed– while neglecting human and open source collection as well as deep analysis that includes historical and cultural context.

When I rolled out my vision for OSINT, with a motto of “do not send a spy where a schoolboy can go,” there was excitement at first, but then they realized it would result in cutting their budgets by two-thirds, and that was the end of me. I should also mention that the CIA is the runt of the litter of secret agencies – the technical agencies each spend twice as much money each year.

DA: Bruce Sterling in The Hackers Crackdown has described you as smarter and more dangerous than the best hackers in the world. I think his point was that your proposal for reforming U.S. intelligence around open source principles challenges the core assumptions underlying American governance. What is your ideal vision for the future of government?

I never thought of myself as Bruce, so kindly described me until I read a wonderful book about James Otis entitled, The Arsonist: The Most Dangerous Man in America (in fact, my review at Amazon is still the top review!).

My take away from reading about Otis is that there are two key points that are helpful to understanding the founding of the United States: (1) the Founding Father’s stood on the shoulders of a man who was called a lunatic and a traitor because he was twenty years ahead of his time; and (2) unlike those focused on single issues, such as taxation without representation, he was focused on the whole—particularly, on the need to end the dominance of a feudal hierarchy that used political parties as enforcers and treated everyone else as a pawn or property.

I like James Otis and I think that anyone who really understands and values his deeper vision of the United States is dangerous to top-down systems (in whatever form).

My view of government is pretty simple. I am interested to see all minds connected with all information in all languages and forms, all the time. Not too much to ask right? The reason is that I believe that this is how we can begin to genuinely develop systems of self-governance. And I think this is directly tied to a healthy understanding of the promise of American government as well.

Real innovation is moral, intellectual, and informational. For this reason, I favor methods that focus on connecting all data in ways that allow for infinite near-real-time multi-user multi-purpose exploitation, tools that enable information sharing and sense-making across all boundaries (including for example Pierre Levy’s Internet Economy Meta Language). In short, I favor tools that support Applied Collective Intelligence.

DA: Your key point seems to be that distributed governance based on collective intelligence is now preferable to centralized command-and-control systems. What role do technologies like artificial intelligence (AI) play in your vision for building open source societies? Could you also say more about your thinking on "holistic analytics and true cost economics” as well?

We were doing well until Bill Casey died, at which point the Neanderthal mentality triumphed and we were shut down. The bottom line is that computers can certainly learn, but they cannot do what humans can do; therefore, I consider AI to be nothing more than a means of augmenting human intellect – on this I agree with Tim O’Reilly.

You ask about holistic analytics and true cost economics. No one does this. In fact, I am deeply dismayed by the fragmentation of the academy.

My colleague Dick Klavans at Map of Science has created some spectacular graphics showing how reductionist science is now down to PhDs focused on everything about nothing. Lip service is given to multidisciplinary research and studies, but no one does it deeply.  True cost economics is rooted in the extraordinary work of Dr. Herman Daly, the father of Ecological Economics. It studies how much natural capital – and particularly non-renewable natural capital – is consumed within any given product, service, policy, or behavior.

Water, fuel consumption, toxins released, child labor, regulatory violations, and tax avoidance are all part of true cost economics. For example, for those that use smart phones, the true cost of those devices includes Chinese workers in leukemia wards (or dead and buried) due to the Class A carcinogenic used in processing computer chips – this is now popularized as “the human cost of electronics.”

DA: It seems obvious that technology has enabled a kind of revolution in human intelligence systems, particularly when we consider Moore’s law and the exponential acceleration of computer technologies. What kind of institutions do you have in mind for supporting open source systems? How would this collective intelligence be accomplished in practice?

While I do not disagree with the view that computers will continue to improve exponentially, I do question whether they will ever catch up with the evolution of human brains– both individually and collectively. As James Bamford ends his book, Body of Secrets, for all its trillions, the National Security Agency (NSA) still has not produced a computer capable of petaflop speeds that is less than a liter in size and powered by about ten watts of power, i.e., the human brain.

I have spent a lot of time thinking about a number of specific institutions and have a particular interest in an Open Source (Technologies) Agency focused on nine innovation areas as shown below with some examples for each.

It would have to have an Information Bureau responsible for creating a World Brain Institute, a School of Future-Oriented Hybrid Governance, a Global Game, and a United Nations Open-Source Decision-Support Information Network (UNODIN) anchored with a Multinational Decision-Support Center with nodes everywhere. A separate Innovation Bureau with nine Divisions would encourage and support innovation across each of the nine Open Source Categories.  Various works describing all these in detail are online.

My biggest concern is the potential for government obstruction of science, and for the wrong reasons. There were a total of 5,579 invention secrecy orders in effect at the end of fiscal year 2015. The government – along with unscrupulous corporations – has been repressing critical knowledge across all nine innovation categories.

The other concern I have with government is the mix of political corruption, bureaucratic inertia, and plain ignorance. The Office of Management and Budget (OMB) and General Services Administration (GSA) have been trying for years to define services of common concern, but the individual agencies block both standards and sharing. When I was a founding member of the national-level Advanced Information Processing and Analysis Steering Group (AIPASG), we inventoried all-source workstation projects, only in the secret world, and found over 20 such projects – over five in the NSA alone – all of them centered on different vendors, different base proprietary technologies, and so on.

The US Government is a bog.

Finally, let me end on the topic of education, about which you [Dan] have written a great deal. Kevin Kelly is one of my favorite authors from the 1990’s. His notion of “Hive Mind” has framed my understanding of the future. Right now we are like the bees – we are dumbed down, disconnected from both the Earth and tangible knowledge, over-whelmed with noise. What we need is a shared platform for understanding.

Below is my favorite graphic, perhaps the culmination of forty years of thinking guided by such mentors as Tom Atlee. In my view we must begin a new era in which education, intelligence (decision-support), and research are both universally available and steered by individuals themselves.

This is what technology must enable as we go forward.

Daniel Araya is a researcher and advisor to government with a special interest in education, technological innovation, and public policy. His newest books include: Augmented Intelligence (2016), Smart Cities as Democratic Ecologies (2015), and Rethinking US Education Policy (2014). He has a doctorate from the University of Illinois at Urbana-Champaign and is an alumnus of Singularity University’s graduate program in Silicon Valley. He can be found here: www.danielaraya.com and on Twitter at @danielarayaXY.

Read This Next
Futurism
More Than 150 Organizations Are Working Together to Support the Growth of Ethereum
Futurism
A New Browser Plug-In Lets You Access Millions of Scientific Papers for Free
Futurism
IBM Just Launched Blockchain Beyond Currency
Futurism
Liquid Light: Scientists Unite Light and Electricity to Make Electronics Smaller and Faster
Futurism
Bulgaria Amends Law to Require Open Source Governmental Software
More on Future Society
Head Like A Hole
Nov 23 on futurism
Elon Musk's Crying About Trent Reznor Shows That He Is a Big, Big Baby
Miserly Musk
Nov 22 on the byte
Cheapskate Elon Musk Refusing to Pay Bills at Twitter
Secrets Secrets
Nov 22 on futurism
Elon Musk Vigorously Denies That SBF Secretly Owns Part of Twitter
READ MORE STORIES ABOUT / Future Society
Keep up.
Subscribe to our daily newsletter to keep in touch with the subjects shaping our future.
+Social+Newsletter
TopicsAbout UsContact Us
Copyright ©, Camden Media Inc All Rights Reserved. See our User Agreement, Privacy Policy and Data Use Policy. The material on this site may not be reproduced, distributed, transmitted, cached or otherwise used, except with prior written permission of Futurism. Articles may contain affiliate links which enable us to share in the revenue of any purchases made.
Fonts by Typekit and Monotype.