Some Freaks Love Gazing at Themselves in Video Meetings, Scientists Find

Narcissus, eat your heart out. 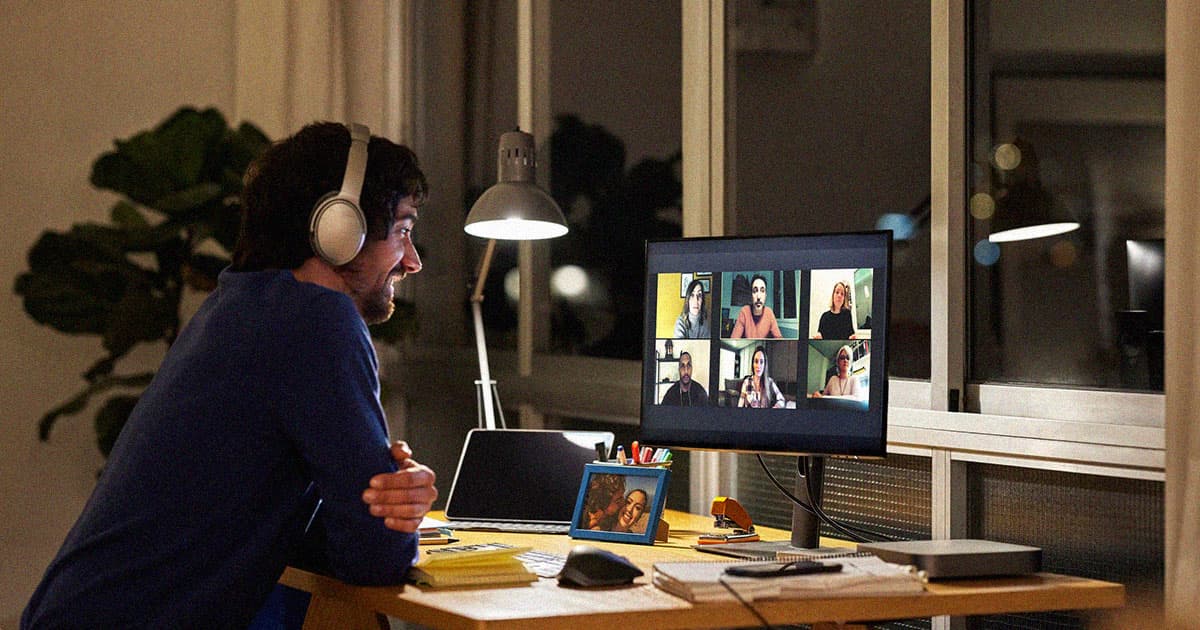 Admit it: you've caught yourself checking out your little rectangle in Zoom and Google meetings, haven't you?

If you, like this reporter, have fallen victim to Zoom vanity during the COVID-19 pandemic, you're not alone — a new study conducted by Washington State University's Carson College of Business has found that some people actually enjoy looking into their webcam "mirrors."

Published in the journal Computers in Human Behavior, the study found that — contrary to the popular belief that we all hate staring at ourselves during Zoom meetings — many people seem to enjoy the experience.

"Most people believe that seeing yourself during virtual meetings contributes to making the overall experience worse, but that’s not what showed up in my data," WSU associate professor and author of the study Kristine Kuhn said in a statement.

"It depended on the individual," she added.

Among the 80 professionals and 350 college students who were working or studying from home in the summer and fall of 2020, WSU researchers found that, unsurprisingly, those who reported higher self-consciousness felt more negatively about constantly seeing themselves in video meetings.

However, the inverse relationship also existed in the researchers' findings: people who attested to being less self-conscious had much more positive attitudes about regularly seeing their reflection in video meetings.

Naturally, these findings aren't without context. For example, as Kuhn noted in the school's writeup of the study, one influence factor appeared to be whether people felt they had control over when they could have their cameras on or off.

The study, Kuhn cautioned, only focused on subjects' emotional attitudes during video meetings and as such should be treated as preliminary.

Further research into virtual meetings may well be warranted as some schools and employers push for continued hybrid and remote options as the pandemic wears on.

If nothing else, this type of study provides a window into how people feel when having to interface with computers all day, every day — and for some of us, Zoom meetings may not be quite as much of a drag as they seemed at first blush.

READ MORE: Not everybody hates looking at themselves on Zoom [Washington State University]

Read This Next
Head Like A Hole
Elon Musk's Crying About Trent Reznor Shows That He Is a Big, Big Baby
Secrets Secrets
Elon Musk Vigorously Denies That SBF Secretly Owns Part of Twitter
Ticket Troubles
Ticketmaster May Have Finally Met Its Match: Furious Swifties
Confrontation is Hard
Former Facebook Exec Says Zuckerberg Has Surrounded Himself With Sycophants
Good Time to Leave
Panicked Elon Musk Reportedly Begging Engineers Not to Leave
More on Future Society
Miserly Musk
Tuesday on the byte
Cheapskate Elon Musk Refusing to Pay Bills at Twitter
Tesla Tank
Tuesday on the byte
Elon Musk's Wealth Has Plummeted by Over $100 Billion This Year
Extremely Hardcore
Nov 18 on the byte
Elon Musk Locks Twitter Employees Out Office, Then Asks Them to Meet Him on the 10th Floor
READ MORE STORIES ABOUT / Future Society
Keep up.
Subscribe to our daily newsletter to keep in touch with the subjects shaping our future.
+Social+Newsletter
TopicsAbout UsContact Us
Copyright ©, Camden Media Inc All Rights Reserved. See our User Agreement, Privacy Policy and Data Use Policy. The material on this site may not be reproduced, distributed, transmitted, cached or otherwise used, except with prior written permission of Futurism. Articles may contain affiliate links which enable us to share in the revenue of any purchases made.
Fonts by Typekit and Monotype.