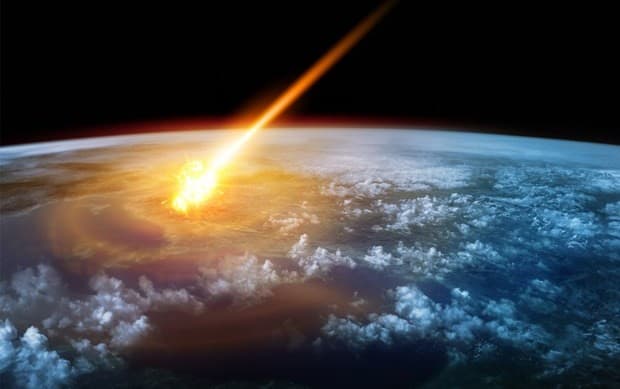 Scientists from The Australian National University have uncovered additional evidence substantiating the existence of the largest meteorite impact crater ever discovered. The impact site, in the Warburton Basin in Central Australia, is believed to date back between 300 and 600 million years and to have been created by a meteorite some 12 miles (20 kilometers) in diameter.

Previously, the Vredefort crater in South Africa was the largest known impact crater on Earth, at 186 miles (300 kilometers) in diameter. By some lights, it might still hold the crown; the Warburton site is actually two craters, each of them 124 miles (200 kilometers) in diameter. It is believed that the meteorite which created them broke in two shortly before impact. The pieces would have drifted slightly apart and impacted separately, creating an overlapping zone with an approximate 248 mile (400 kilometer) diameter in total.

The impact site was originally discovered in 2013. Rock samples in the region showed certain anomalies consistent with the shock of a massive meteorite impact.

Beyond the rock samples, there is little visual evidence of the strike today. The actual craters have long since been filled in by natural geological processes.

The detective work used in order to establish the exact size of the site, the composition of the asteroid that created the crater, and the time span in which it occurred is rather complex and laborious. Indeed, there is still considerable question about the age of the site. Although surrounding rock structures appear to date it between 300 and 600 million years old, the impact was of sufficient size that global disruptions should have been created. The Chicxulub crater in Mexico, for example, is presumed to have caused the mass extinction of non-avian dinosaurs at the end of the Cretaceous period. And indeed, the presence of elevated iridium levels in clay core samples worldwide dating to the approximate time of the Chicxulub impact appears to support the theory and confirm the event date.

But so far, no such evidence has been found in relation to the Warburton crater. The size of the asteroid is presumed to be almost twice the size of the Chicxulub bolide (bolides are generally just meteors that explode before impact), so similar world-spanning devastation would have been likely.  However, to date, no extinctions or effects have been identified that correspond to this date range. As such, scientists continue to research this event in order to determine exactly when it happened and how it affected our planet.

There are suspicions of even larger impact craters out there which have yet to be confirmed. Canada, India, and Antarctica all have coughed up geological evidence hinting at massive structures more than 310 miles (500 kilometers) in diameter. And in Australia itself, other geologists have advanced theories of a super-massive impact structure in the Northern Territory verging on 372 miles (600 kilometers) in diameter.