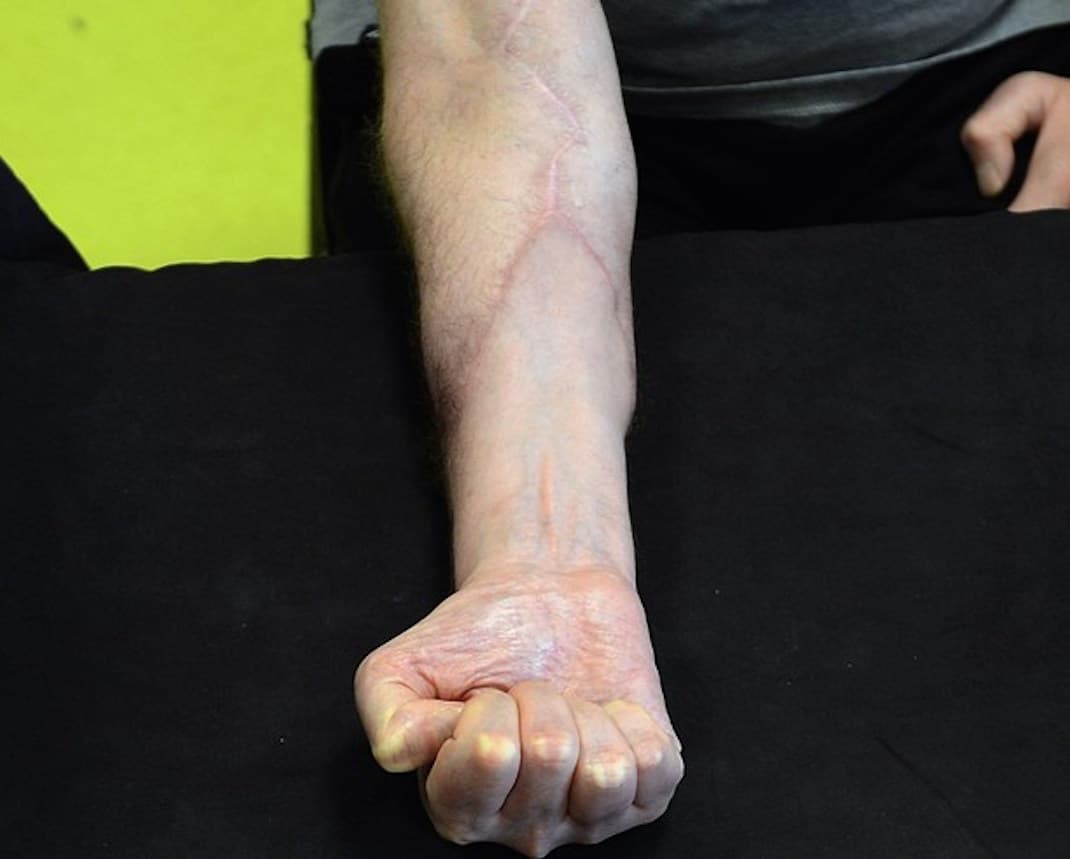 Leeds Teaching Hospitals NHS Trust will be the first hospital in the UK to offer hand transplants. The hospital is set to begin performing operation towards the latter end of this year (2016).

Notably, consultant plastic surgeon Professor Simon Kay states that this will be the first nationally funded hand transplant hospital: "There have been lots of hand transplants around the world but this is the first time a national funding organisation has closely examined the issue, come up with the conclusion that it's worth pursuing and is now going to fund it nationally in one centre," he stated in an interview with the Telegraph.

Also of note, the NHS was founded in 1948, and it is based on the idea that healthcare should be available to everyone, irrespective of wealth. As such, all care on the NHS is free at the point of delivery

Ultimately, this operation is the only way to restore complete function. But of course, this is about more than just function. As the NHS notes, hand transplants are recognized as “the only method of reconstruction that looks and functions like a normal hand.”

For successful operations, the replaced limb is expected to move with as much strength and dexterity as the non-transplanted hand. In addition, the procedure will allow the hand to sense its surroundings, is also warm to the touch, and is capable of healing itself should you get injured.

"The NHS are leading the world in offering this cutting edge procedure, which has been shown to significantly improve the quality of life for patients who meet the criteria," said Jonathan Fielden, Director of Commissioning at NHS England.

That said, the integration will take time, and the operation is far from simple.

An estimated two to four patients annually will be screened for this procedure. Potential transplant candidates will go through a comprehensive screening process where they will undergo psychological screening as well as compatibility tests for the limb. These tests will look at blood type, immunology, arm size, and skin tone.

Ultimately, the procedure is expected to take six to twelve hours (this information is based on data from previous operations).

For the procedure, the two bones in the upper arm will be attached to each other using titanium plates while tendons and muscles are also attached. Major blood vessels will also connected to allow blood to flow into and out of the limb.

This hospital is also the hospital behind the first ever hand transplant. Mark Cahill, who underwent the procedure in 2012, has now regained almost complete use of his hand. Two in five of patients who have undergone the hand transplant procedure report excellent results.

Read This Next
Futurism
A Treatment for Blindness? NHS to Install Bionic Eyes in 10 Patients
More on Enhanced Humans
Brain-Computer Im...
Jan 3 on the byte
Neuralink Cofounder Says New Company's Eye Implant Could Be "Ultimate" VR Tech
Eyes Have It
12. 30. 22 on futurism
Meet the Neuralink Cofounder Who Left and Started a Competitor That's Now Rapidly Catching Up
Butcher Shop
12. 6. 22 on futurism
Neuralink Employees Admit Company Has Killed 1,500 Animals So Far
READ MORE STORIES ABOUT / Enhanced Humans
Keep up.
Subscribe to our daily newsletter to keep in touch with the subjects shaping our future.
+Social+Newsletter
TopicsAbout UsContact Us
Copyright ©, Camden Media Inc All Rights Reserved. See our User Agreement, Privacy Policy and Data Use Policy. The material on this site may not be reproduced, distributed, transmitted, cached or otherwise used, except with prior written permission of Futurism. Articles may contain affiliate links which enable us to share in the revenue of any purchases made.
Fonts by Typekit and Monotype.