The Winter Olympics Have a Problem: They're Being Ruined by Climate Change

Beijing is shipping in snow because it's just not cold enough. 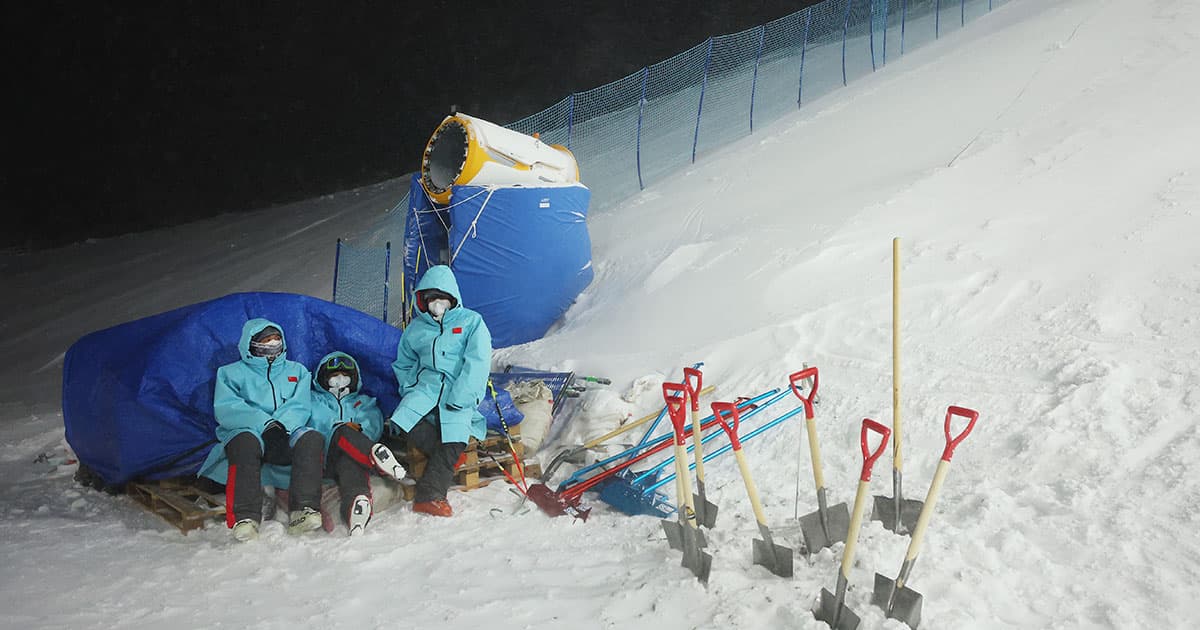 How does one hold the Winter Olympics when "winter" as we knew it is changing for the worse?

Melting snow, high winds, and the many other ills of climate change are on the minds of Olympians and scientists alike as the world gears up for the Beijing Olympics, which are taking place not only on the eighth hottest consecutive year on record, but also, of course, during the still-raging COVID-19 pandemic.

World-class skiers got a taste of what to expect in Beijing during the Alpine Ski World Cup. Organizers on two continents had to cancel slalom competitions due to dangerously high winds that, as The Guardian notes, appeared to give unfair advantages to the first racers to descend during women's matches in Vermont, and even tragically led to the French bronze medalist Victor Muffat-Jeandet breaking his ankle in Zagreb, Croatia.

A recent study published in the Current Issues in Tourism journal found that conditions in Winter Olympics cities have become increasingly dangerous and unfair over the last 50 years — and, according to the researchers' projections, a vanishingly small number of previous host cities will have enough snow and ice for the games in the future.

While much emphasis is placed on the phony snow shipped into winter sports arenas — as is happening in Beijing this year — the impacts of climate change on winter sports are perhaps felt more severely in the places where Olympians live and train because artificial snow is often an unsustainable supplementation for the real thing.

As the Associated Press noted, Colorado went 232 days without snow until December 10, 2021, which broke the state's record of most consecutive days without snowfall since 1880. And by the end of that month, only about an inch had accumulated — and by then, wildfires had begun swarming around the state.

"We definitely have noticed a lack of snow everywhere," Taylor Fletcher, a Colorado-born and Utah-based Nordic combined Olympian, told the AP. "Places that, in December, November, used to be ‘winter wonderlands,’ we’re seeing them with less and less snow. And some years, they’re not getting any snow."

While the researchers behind the Current Issues in Tourism study and some Olympians are optimistic that both host and participating countries can help turn back the tide of climate change by making and sticking to climate pledges, others still have darker outlooks.

"The reality is that ship has sailed, unfortunately, in my opinion," Bode Miller, an American Olympian who won six medals for Alpine skiing, told the AP. "We haven’t made the requisite changes. We’ve kind of missed the window."

There remains some hope, however, that presenting such a stark reality to the International Olympic Committee and the nations that participate in the games may make a difference.

"Part of what we do papers like this for is to get the message out that we have a large influence," Daniel Scott, a University of Waterloo professor who co-authored the Tourism study, told the AP. "And so, if we act, (there is) hope of avoiding those worst-case scenarios."

Hopefully, the IOC — and the rest of the world — will heed their warning.

More on the Olympics: Paris Will Use Electric Flying Cars to Get Passengers to the Olympics