The far-off world is around the same size as Jupiter, but roughly eight times more massive. 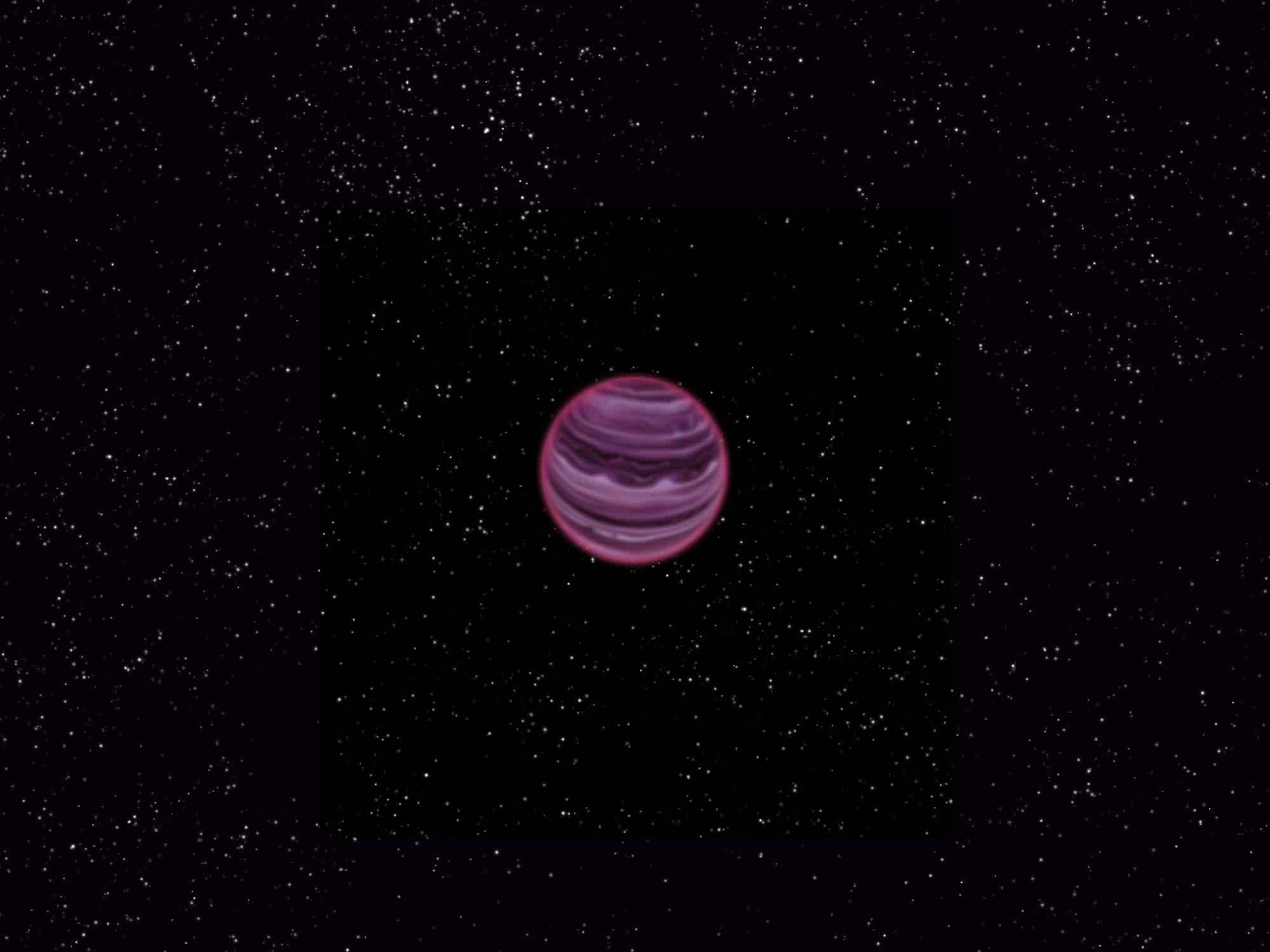 Weather patterns in a mysterious world beyond our solar system have been revealed for the first time, a study suggests. Layers of clouds, made up of hot dust and droplets of molten iron, have been detected on a planet-like object found 75 light years from Earth.

Findings from the study could improve scientists' ability to find out if conditions in far-off planets are capable of sustaining life.

A team led by the University of Edinburgh used a telescope in Chile to study the weather systems in the distant world—known as PSO J318.5-22—which is estimated to be around 20 million-years-old.

The far-off world is around the same size as Jupiter—the largest planet in our solar system—but is roughly eight times more massive, the team says. Temperatures inside clouds on PSO J318.5-22 exceed 800°C.

The team was able to accurately measure changes in brightness on PSO J318.5-22 because it does not orbit a star. Stars like our sun emit huge amounts of light, which can complicate measurements made of the brightness of objects orbiting them.

The team hopes to adapt the technique so they can study planets that do orbit stars. Such techniques may eventually be applicable to cooler, lower mass planets, which are more likely to be capable of supporting life.

The study, published in The Astrophysical Journal, was funded by the Science and Technology Facilities Council. The work was carried out in collaboration with researchers based in the US, Germany, France and Spain.

Dr Beth Biller, of the University of Edinburgh's School of Physics and Astronomy, who led the study, said: "This discovery shows just how ubiquitous clouds are in planets and planet-like objects. We're working on extending this technique to giant planets around young stars, and eventually we hope to detect weather in Earth-like exoplanets that may harbor life."

Read This Next
Brands We Love
The Sensibo SKY Smart AC Controller Makes Any Air Conditioner Smart
Futurism
There's New Evidence for the Mysterious "Planet Nine"
Futurism
Earth-Like Planet Discovered in Habitable Zone of Nearby Red Dwarf
Futurism
Pluto Has Been Officially Reclassified as a Planet
Futurism
Watch: Scientists Just Took the First "Image" Of Thunder
More on Hard Science
Warped Tour
Thursday on futurism
Professor Believes Door to Warp Drive May Lie With Ethylene Glycol
Sky Bursts
Thursday on the byte
Astronomers Intrigued by 25 Mysterious Repeating Radio Signals From Deep Space
Tractor Beam
Jan 26 on the byte
Scientists Build Working Tractor Beam, Although It's Comically Tiny
READ MORE STORIES ABOUT / Hard Science
Keep up.
Subscribe to our daily newsletter to keep in touch with the subjects shaping our future.
+Social+Newsletter
TopicsAbout UsContact Us
Copyright ©, Camden Media Inc All Rights Reserved. See our User Agreement, Privacy Policy and Data Use Policy. The material on this site may not be reproduced, distributed, transmitted, cached or otherwise used, except with prior written permission of Futurism. Articles may contain affiliate links which enable us to share in the revenue of any purchases made.
Fonts by Typekit and Monotype.