Where no students has gone before

One of the goals of technology is to make yesterday’s fantasy today’s reality. That’s why you have little gems of science fiction popping up in backyards, like this homemade laser shotgun. Or in university labs, where students theorize how to build a staple of science fiction—photon torpedoes.

Ever since they came out, photon torpedoes have been in all iterations of Star Trek fiction. But did you know it might actually be possible to build one? At least, that’s what students from the University of Leicester are telling us.

Their study, published in student journal Journal of Physics Special Topics, discusses the possibility of constructing a photon torpedo, including the likely material needed for it to work.

The team determined that photon torpedoes most likely worked through an ‘Annihilation reaction’ in its core. This reaction involves anti-matter and matter colliding with one another to cause a chain reaction, resulting in an explosion.

But due to the scarcity of anti-matter and the expense of its production, they theorized that an electromagnetic cascade would have to be the energy liberator. This is a situation where incoming highly energetic particles start to produce matter and anti-matter pairs (electrons and positrons), which are used to fuel the photon torpedoes when interacting with a metal such as iron, uranium or lead. 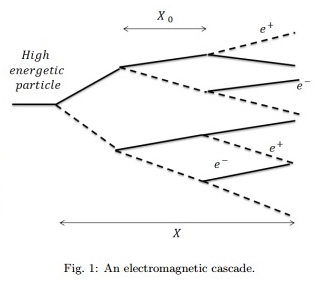 By examining the cascade length of the metals, the team determined that the torpedo would have to be made out of a metal with a greater proton number than iron, as any metal that contains fewer protons would not have the subsequent cascade length for a reaction to take place.

Possible candidates could be lead and uranium with proton numbers of 82 and 92, respectively.

The students presented their findings in the Journal of Physics Special Topics, a peer-reviewed student journal run by the University’s Department of Physics and Astronomy.

Would it Be Possible to Build a Death Star?

How Close Are We To Bringing Star Trek Technologies to Life?