Is That Viral Catfish/Egg/Coke/Mentos Vid Real? An Investigation

We asked Coke — and Mentos. 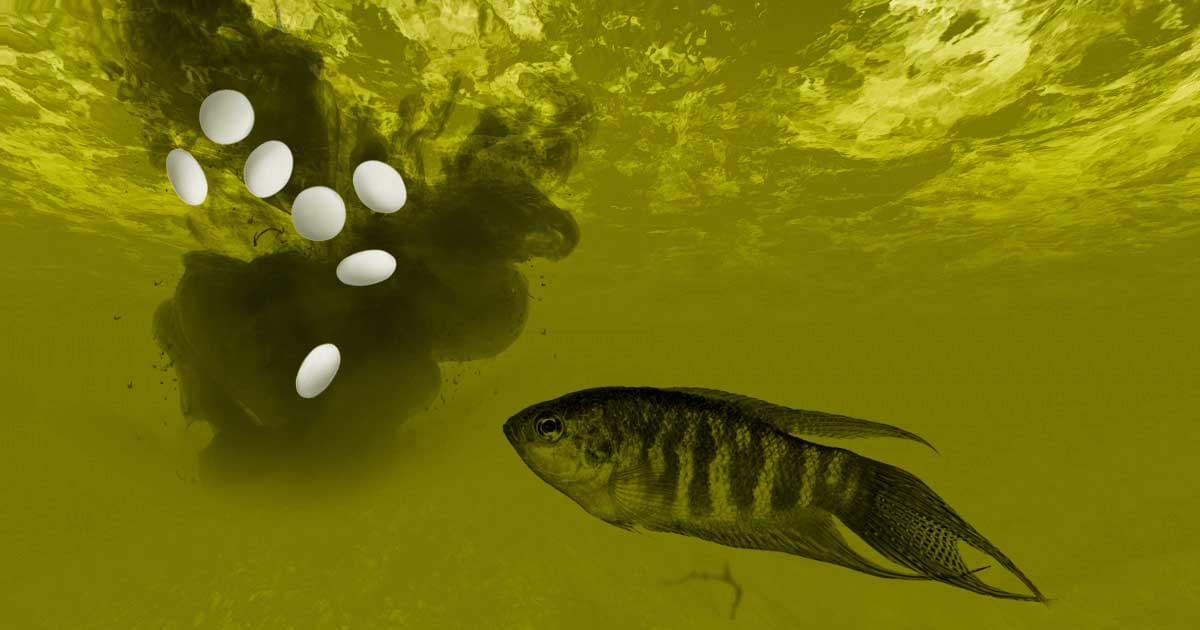 What began as a day like any other ended with a haunting quest to source a viral video of a man apparently capturing catfish using Coca-Cola brand soda, Mentos, and an ordinary egg.

If all that left you feeling puzzled, you're not alone. Originally posted to YouTube on November 1, the video in question shows an unidentified man adding Coke, Mentos, and an egg yolk to a muddy hole. The man then reaches into the hole and produces — presto! — not one, not two, but three catfish.

Clips of the video started circulating on both Twitter and Reddit this past Wednesday, spawning questions about where the fish came from and how or why the trick would ever work. The dominant theory, prematurely endorsed by some blogs, was that the hole must likely be connected to a larger body of water. The fish, according to the theory, was attracted by the egg, and swam into the hole before "suffocating" on the Coke and Mentos solution.

Far more likely, according to a detailed Futurism investigation, is that the video is at least partially a hoax.

Another possibility we considered was that the video was a bizarre viral marketing scheme, so Futurism reached out to both the Coke and Mentos brands to ask. A spokesperson for the Mentos brand denied involvement and added, "this is not a practice our company or our brands would condone," while the Coca-Cola company has not responded at the time of publication.

The source of the video is a fledgling, vaguely surreal YouTube channel called "Technique Tools." According to YouTube, it was created in 2015 and attracted modest attention until its most recent catfish post, which has accrued an impressive 1.8 million views at press time.

Technique Tools doesn't list contact information, but its account offers other clues. One playlist of Technique Tools' videos includes several in which Coke and Mentos are being poured on various animals, sometimes along with other substances such as toothpaste or eggs. The descriptions of some videos offer puzzling disclaimers.

"The crocodile is our pet. Coca Cola and mentos [sic] react nothing with the crocodile," reads one. "Action in this video made b [sic] a professional. Do not repeat! It Can [sic] be dangerous," reads another.

The most telling, though, comes from a video similar to the viral post, also uploaded this month. It claims the videos are planned, scripted, and made for fun, as well as disclaimer that the fish in this instance, "come out by pushing behind the video at the left side."

On the reaction of catfish to eggs and Coca-Cola, the science is more exact.

Most catfish have a sharp sense of taste and some, including the Channel Catfish, which appears to be our viral star based on its four sets of whiskers, have taste receptors on their bodies.

Channel Catfish feed primarily on small fishes and aquatic insects but have been known to eat small birds, according to the U.S. Fish and Wildlife Service. The effectiveness of eggs as catfish bait isn't something that appears to have been tested in the lab setting, however.

As for the Coke and Mentos, it's much easier to explain why dumping soda on animals isn't a nice idea.

In humans, our lungs work to exchange oxygen from the air to replenish our blood cells and exhale waste gasses. In fish, gills work similarly. When oxygenated water is passed over specialized tissues, oxygen from the water is exchanged into the fish's bloodstream.

When there isn't enough oxygen in the water fish can indeed suffocate, which is actually a big problem in the ecology of our modern oceans where shifting currents have created pockets of low-oxygen water. Diluting the oxygen concentration in water by adding carbon dioxide from soda makes extracting oxygen much more difficult, which can cause a fish to panic and try to escape.

As a science lesson, this video offers several insights into animal — and human — behavior. However, as a fishing tactic, this method probably isn't likely to net you a whopping catfish. Still, we can always count on the depths of the internet to inspire the human imagination.

Read This Next
Smashing Atoms
Startup Says It's Honing in on Simple Solution for Practical Fusion Power
The Humanity!
Chimpanzee Star of "Buddy" Found Alive After His Owner Allegedly Faked His Death
Unreliable Friends
Archipelagic Nation Sick of Other Countries Breaking Climate Change Promises
The Kids Won't Be Alright
Elon Musk Warns That Humankind Will "End Up in Adult Diapers"
FROM THE DEPT. OF THINGS TO BUY
Best Compost Bins of 2022
More on Earth & Energy
That Sssssucks
Yesterday on the byte
Unfortunate Snake Causes Power Outage for 10,000 Homes
Fashion Week
Jul 2 on the byte
Scientists Discover Horrifying Crab That's Covered in "Hair"
Fire Bird
Jul 1 on the byte
Experts Say Birds Are Catching on Fire on Power Lines and Starting Wildfires
READ MORE STORIES ABOUT / Earth & Energy
Keep up.
Subscribe to our daily newsletter to keep in touch with the subjects shaping our future.
+Social+Newsletter
TopicsAbout UsContact Us
Copyright ©, Camden Media Inc All Rights Reserved. See our User Agreement, Privacy Policy and Data Use Policy. The material on this site may not be reproduced, distributed, transmitted, cached or otherwise used, except with prior written permission of Futurism. Fonts by Typekit and Monotype.